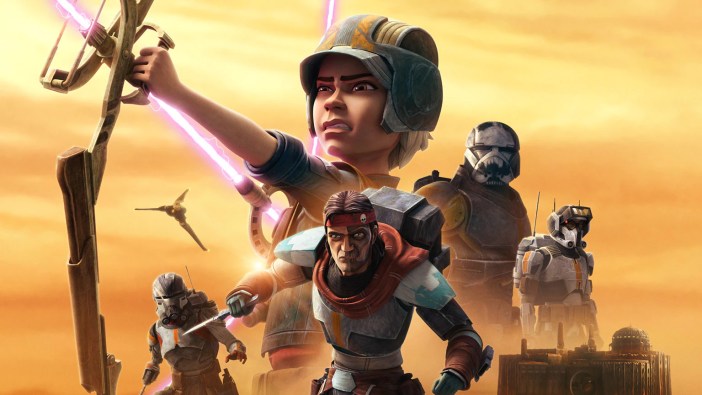 Though Andor wrapped its first season at the end of November, the next Star Wars series to drop new episodes arrives on Disney+ in just a few weeks. While the Star Wars animated series have a huge and ardent fan base, they are a bit confusing to more passive fans. Star Wars: The Bad Batch is a pseudo-spinoff and spiritual successor to the long-running animated series Star Wars: The Clone Wars. The Bad Batch follows a ragtag group of clone troopers who were immune to Order 66 and band together in the face of the downfall of the Republic. Here, we’ve compiled a quick and handy guide with everything you need to know ahead of the season 2 premiere of The Bad Batch on January 4.

Who Are the Bad Batch?

Those who have seen The Clone Wars may remember the introduction of Clone Force 99, also known as the Bad Batch (Dee Bradley Baker), in the series’s final season. The Bad Batch is essentially a special forces squad within the Republic Army of clone troopers. Each member of the Bad Batch is a clone who has unique and quirky traits.

Hunter is a tough leader who is dedicated to keeping Clone Force 99 safe and together. Wrecker is a huge tank on the battlefield and a teddy bear everywhere else. Tech is a bit of a nerd, utilizing his technical skills to save the troop on several occasions. Echo is a clone who has been rebuilt with droid parts, allowing him special abilities. Finally, Omega (Michelle Ang) is the young sister the Bad Batch reluctantly adopts at the beginning of the series before they realize why she is special. The series follows their adventures as a sort of benevolent mercenary group while they also work through the emotional aftermath of Order 66. 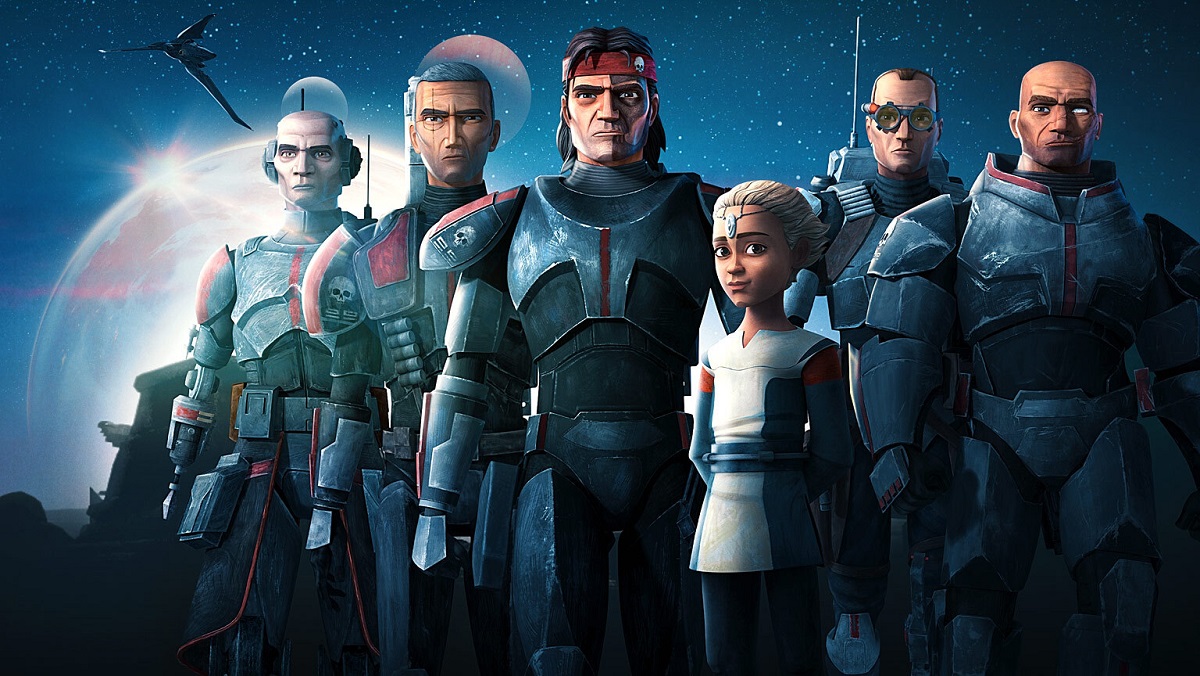 When Does The Bad Batch Take Place?

The Bad Batch takes place during the final moments of Revenge of the Sith and The Clone Wars, about 10 years before the events of Obi-Wan Kenobi and Solo amidst the immediate chaos of Order 66. The protocol was part of Emperor Palpatine’s elaborate evil plan to turn the clones against the Republic and towards the Empire. Unbeknownst to the Jedi or the clones themselves, the clone troopers were implanted with a behavioral modification chip that turned them against the Jedi and Republic when Palpatine effectively created the first generation of stormtroopers.

The first season of The Bad Batch opens with a compelling perspective shift on the event as a young Caleb Dume (Freddie Prinze Jr.) from Star Wars: Rebels encounters the Bad Batch right before Order 66, only to become fearful of them. While the Bad Batch is mysteriously unaffected by the Order, all clones go from being trusted allies to symbols of terror, leaving them to piece together why they are unique, what is happening to the galaxy, and where their place is in the ongoing battle.

Where Did Season 1 Leave Off?

If it isn’t clear already, clones are a big part of The Bad Batch. Part of what fans loved about The Clone Wars was its exploration of the untold story of the clone troopers, and The Bad Batch doubles down on this premise. The season 1 finale saw the destruction of the Kaminoan cloning facility but the survival of one of its leaders, Nala Se. While clones and stormtroopers evolve throughout the course of the Empire, we know from the sequel trilogy and the return of Palpatine that the Empire remains interested in cloning for various purposes. The Bad Batch season 2 may explore even darker ramifications of the technology.

As for the Bad Batch themselves, the finale largely centered on the dramatic faceoff with their former brother Crosshair who was the one member of Clone Force 99 to fall prey to Order 66 and turn to the Empire. Though everyone left the fight unscathed, Crosshair follows orders to a deadly degree. It’s likely Crosshair will remain a looming threat in season 2 as the Bad Batch becomes more entangled with the Rebels.

What Should We Expect from The Bad Batch Season 2?

Much of the first season of The Bad Batch followed two plot threads: Clone Force 99’s cat-and-mouse game with their former brother, Crosshair, and the mystery of their new little sister, Omega. After Omega evaded capture from bounty hunters and stormtroopers all over the galaxy, the Bad Batch finally discovered she was an unaltered clone of Jango Fett, essentially making her Boba Fett’s sister. We don’t yet know what Omega’s DNA will mean for the future, but it’s bound to be a storyline that will last the whole series.

Additionally, those who have followed the various Star Wars television series likely expect cameos from across the canon. The Bad Batch featured several cameos in its first season with characters who originated in The Clone Wars like the Martez sisters and Cad Bane (Corey Burton), as well as characters who originated in live-action like Fennec Shand (Ming-Na Wen). This trend is unlikely to stop with season 2, building a cinematic universe for dedicated fans and leading new ones into older and lesser-known Star Wars material.