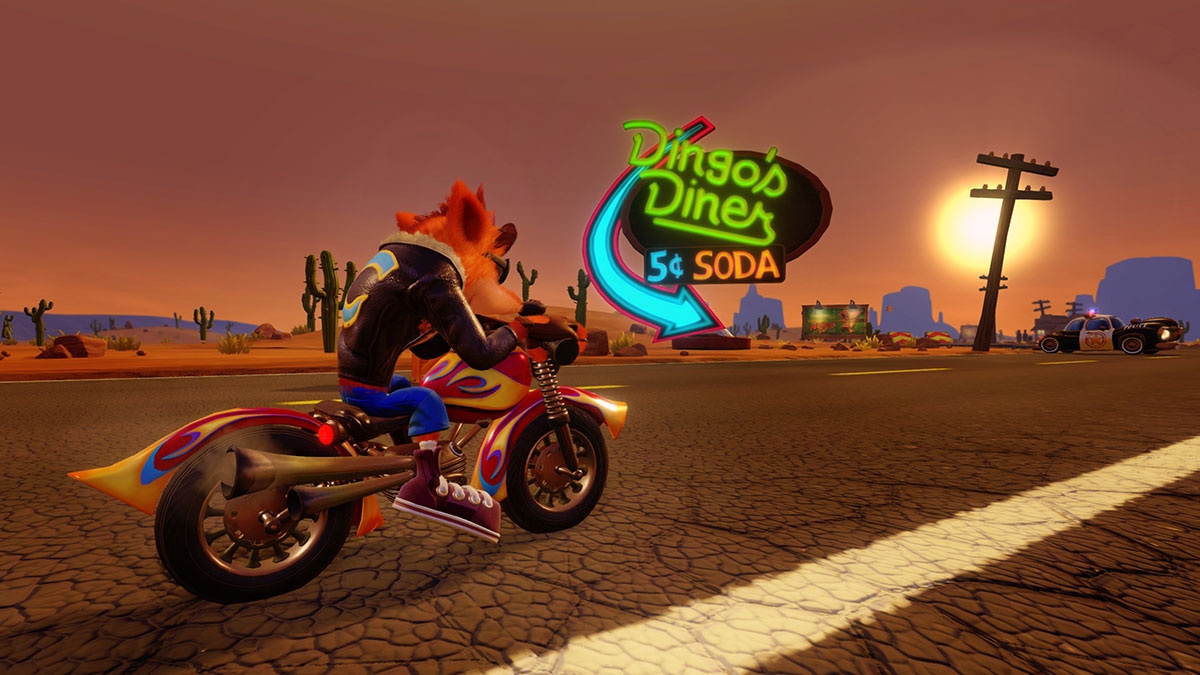 Five more special Color Gems are hidden all across time in Crash Bandicoot 3: Warped, and we’ve got the locations pinned down for easy(ish) retrieval.

The Color Gems make a comeback in Crash 3, and this time around, they’re just a tad trickier to collect. That’s in comparison to the second game. The first game still tops the charts as the hardest one to 100%. Warped mixes in ideas from the previous two entries in the franchise — there’s no set method for unlocking Color Gems, but you’ll often have to complete levels without dying once.

Like the other two games included in the N. Sane Trilogy, the Color Gems allow Crash to access previously unreached bonus areas and finish up all the crate collection.

Just like Crash 2, there are five Color Gems you can collect in Crash 3: Warped. You don’t have to complete levels without dying, but certain stages will require that you reach unlockable “Death Route” bonus areas. These areas are only available if you reach them without dying — they’re marked with a skull platform.

Don’t worry, once you actually enter a Death Route, you can die as much as you want. These are tricky areas, but not every Color Gem requires them. Sometimes they’re in hidden areas, optional paths, or just require special conditions. Let’s dive in and see how to get all five.

The first gem is simple — just finish the stage with 83/83 broken crates. The trick to getting on the crates is backtracking after hitting the “!” metal box at the end of the stage.

Swim back through the spinning metal chamber and down, then go right. There’s a TNT crate by a metal crate barrier. Set it off and complete the area ahead to collect tons of extra crates.

The Purple Gem is at the end of the Death Route in High Times. That means you’ll need to reach the skull platform past the Crystal without dying once.

If you can make it to the Death Route, you’re set. You can die on the route itself, just don’t run out of extra lives. At the end, you’ll find the Purple Gem.

Like the previous Gem, the Blue Gem is also located in a Death Route, and this one is tough. Bring plenty of extra lives before attempting this one. The Death Route platform is found on the second bridge, before Crash reaches the Crystal.

Complete the challenge, and the Blue Gem is waiting at the end of the path.

Yet another Death Route Gem, this one is found after grabbing the Crystal and climbing the horizontal section. Find the skull platform next to the crates after you reach the roof.

For a Death Route, this one is actually pretty tame. Complete it and the Green Gem is waiting at the end of the path.

This one is tricky — you’ll have to enter the Death Route for Level 7, but that won’t become available until you’ve reached the secret warp room. To get there, unlock 5 Relics (complete time trials) and a platform will appear at the center of the hub.

Hop onto the platform to reach the secret warp room. Here, you can access different parts of previous levels. Hang ‘Em High is one of those levels. You’ll need 10 Relics to enter, though.

Once you’re inside, complete the Death Route and you’ll find the Yellow Gem at the end of the difficult path.

That’s all the Color Gems in Crash 3: Warped! Don’t forget to check those previous stages for alternate routes that require these gems to access.