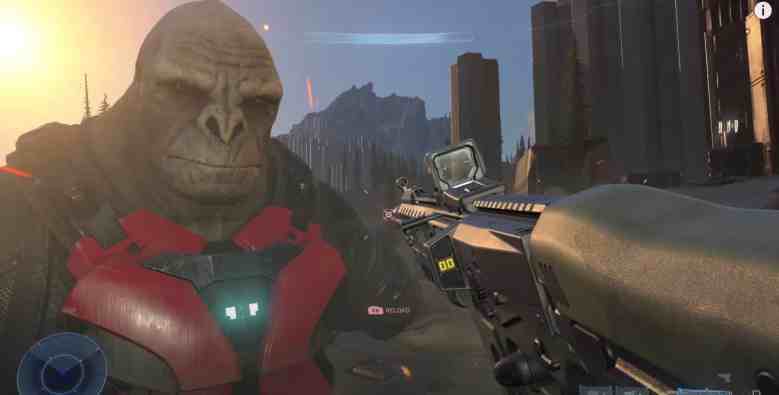 343 Industries and Microsoft have commented on the recent criticism surrounding the visuals of Halo Infinite. Discussion surrounding Halo Infinite’s graphics began immediately after its debut gameplay presentation during the Xbox Games Showcase last week. With many having a negative opinion of the game’s visuals, Narrative Experience Director Dan Chosich took to Twitter to respond to one fan’s critiques, attempting to ease some concerns.

I’ve been in your shoes. I know what it's like to have expectations built + feel let down. I want you to know your voice matters + is heard. You're not falling on deaf ears. I always want to live up to the legacy that Bungie pioneered. I personally care a lot about honoring that.

Chosich’s words come as 343’s most direct attempt to calm graphics-conscious fans. Although, while speaking with Inside Gaming, Microsoft’s general manager of games marketing, Aaron Greenberg, chimed in to say that the Halo Infinite demo was from a “work-in-progress” build of the game: “I mean, listen, we’re in the middle of a global pandemic. It’s July, we’re far from holiday — you’re seeing a work-in-progress game.” Greenberg went on, telling upset fans to go back and watch the 4K / 60FPS video uploaded after the 1080p livestream for a better look at what Halo Infinite will have to offer on Xbox Series X.

Plenty of less controversial Halo Infinite details have come out since the presentation concluded, with 343 telling us more about the game’s platform structure, gameplay mechanics, and more. Most recently, we got to hear “Set a Fire in Your Heart,” a new song from the soundtrack.