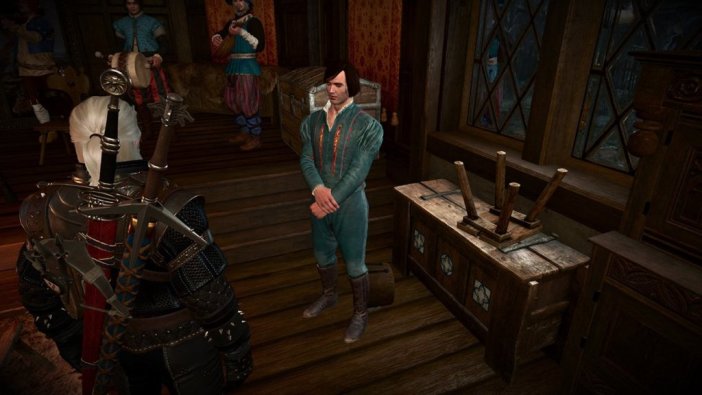 Aside from giving The Witcher 3 a next-gen (or now-gen) upgrade, developer CD Projekt Red has added a handful of features that draw upon Netflix’s The Witcher series — such as a new look for Dandelion. Here is how to get this alternative Dandelion appearance in The Witcher 3.

You Can Give Dandelion Jaskier’s Clothes but Not His Face

There’s no need to unlock anything — with the latest patch / upgrade, Dandelion’s new appearance can be activated from the main menu. However, you can’t change outfits in-game — you’ll have to exit to the main menu first.

So, from the main menu, go to Options. Then go to Gameplay and scroll down to “Alternative Dandelion Appearance.” Press right to enable it and press left to disable it. If you’ve not yet met Dandelion in-game, you’ll have to wait until you uncover him in Novigrad. And if you have, the change of appearance should take effect next time you load a save.

Jaskier is the original Polish name of the character who, up until the Netflix show, was known as Dandelion in the West. He’s played by Joey Batey in the show, and this new appearance makes Dandelion look a bit like him.

Only a bit? Yes — Dandelion will wear Jaskier’s show outfit, and he will have a slightly different face, stripped of facial hair. But he’s still not a dead ringer for the actor, presumably because actually licensing an actor’s image can be tricky — and pricey.

But if you want to give Dandelion that Netflix-inspired alternative appearance in The Witcher 3, that’s how you go about it.