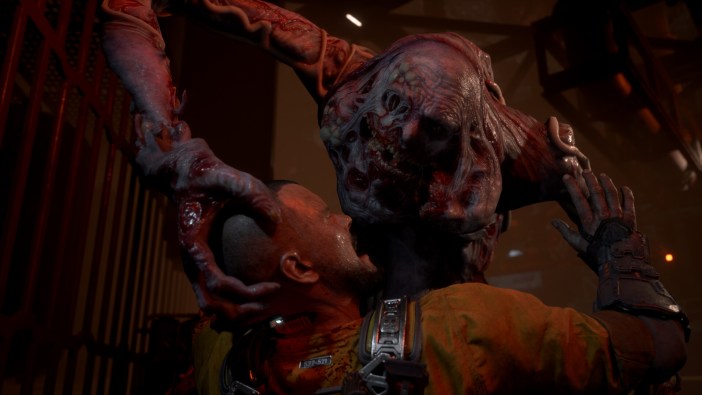 Combat against biophages in The Callisto Protocol can get pretty intense, and using the wrong weapon can lead to a grisly death scene — or worse, having to try that section of the game again. Unless you’re determined to see every last way that Jacob can meet his demise in The Callisto Protocol, you’ll want to know which weapons are the best ones and where and how to get them.

As a survival horror game that is heavily inspired by Dead Space, The Callisto Protocol features limited weapons and ammunition that must be used sparingly and accurately. With only 10 weapons in the game — and a couple of those only used for a bit at the beginning — players will need to know the strengths of every weapon and when to wield each one.

In addition, most available weapons in The Callisto Protocol can be upgraded at 3D printer-style upgrade stations that can be found at various locations. Saving up on currency will allow you to get more upgrades as you progress through the game.

How to Get Weapons in The Callisto Protocol

There are two primary ways to acquire weapons during The Callisto Protocol’s campaign. The first is weapon drops and loot that you will automatically get as part of the story progression. Weapons like the Shiv, Crowbar, and Axe are just some weapons that fall into this category, along with some other weapons that pack a much more significant punch.

Weapons that you don’t automatically get during the campaign are attained by discovering the weapon schematic somewhere in the world, then using it at an upgrade station to have the weapon printed. Really powerful weapons like the Skunk Gun and Assault Rifle are obtained this way and will make completing The Callisto Protocol a much more manageable task. After swinging around the Melee Axe for a bit, you’ll get your hands on the Stun Baton, the weapon of choice for guards at Black Iron Prison and one of the most fun weapons to use in The Callisto Protocol. Given the amount of melee combat that takes place over the course of the game, you will be using a lot of the Stun Baton, and it will likely be one of your weapons of choice.

The Stun Baton is received automatically from playing through the campaign. Players will find it in Chapter 2 when you reach the control room. On the floor, a deceased guard will have his weapon on the floor next to him. Pick it up; Jacob has far better uses for it now. 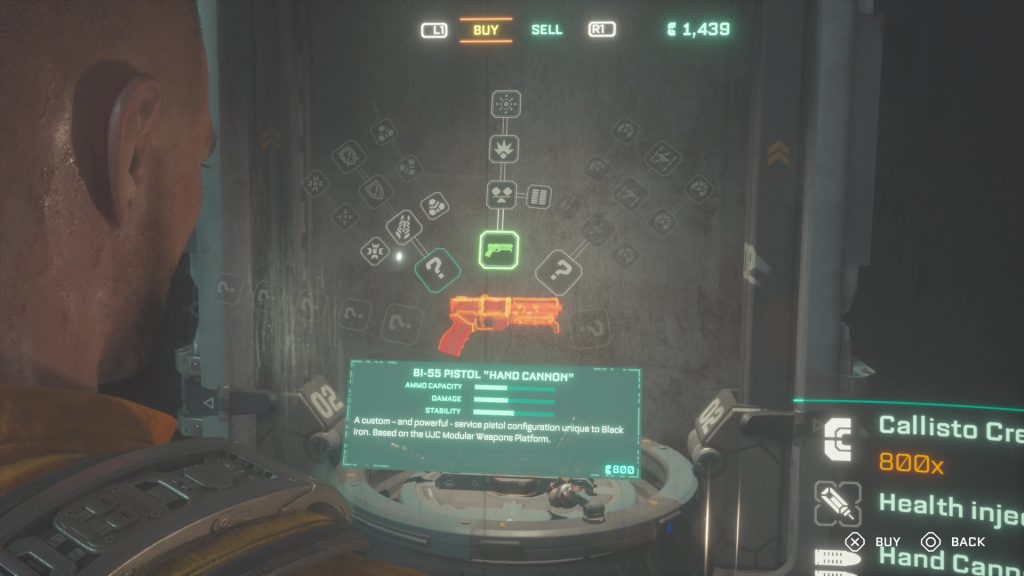 You’ll likely breathe a sigh of relief when you finally are able to get your hands on a firearm to fight those pesky biophages with, and the Hand Cannon is actually a serviceable weapon throughout the game. Elias gives you the best gift ever when you reach your first Reforge station in Chapter 2 and he hands you the schematic for the Hand Cannon. It costs 800 credits to purchase, but if you look to the right after receiving the schematic, you’ll notice 800 credits that just happen to be there for the taking.

The Hand Cannon is a powerful weapon in a game that requires shooting off limbs instead of just scoring headshots, and it can be upgraded to deliver even more damage. If we’re going to focus on the negatives, the ammo capacity in the Hand Cannon is lacking, and having to reload often can be risky when in tight combat. 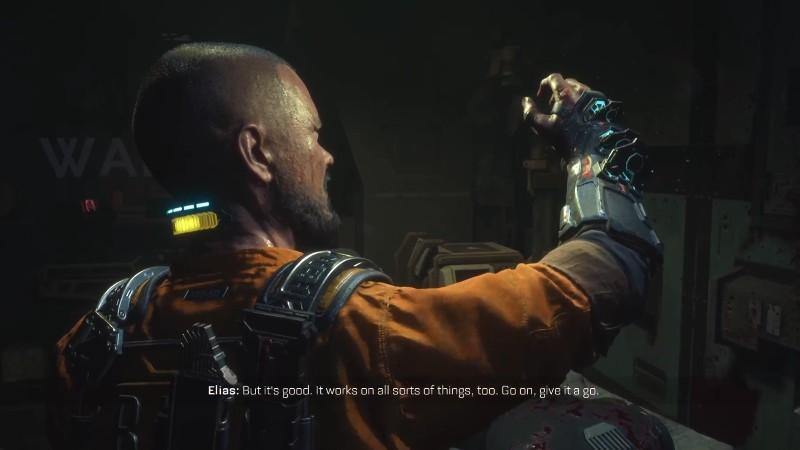 The GRP fits like a glove because, well, it is one. It’s also the source of many of those amazing moments we saw in The Callisto Protocol gameplay trailers where enemies were flung into spikes or some other machine that will impale your enemies or grind them to bits. Like the Hand Cannon and Stun Baton, the GRP is part of your progression through the story and will be automatically obtained.

In Chapter 3, you’ll encounter a guard who is on a stretcher. Look closely, and you’ll see that the guard is wearing the GRP device. To continue the story, Jacob will need to take the GRP off of the guard and equip it.

The GRP can take a while to recharge, especially before it’s been upgraded, so you’ll want to be somewhat selective about when you use it. On the plus side, the GRP does not require ammunition like other ranged weapons in The Callisto Protocol, so it can be used an infinite amount of times provided it is charged. In that sense, it is one of the best weapons to get in The Callisto Protocol. 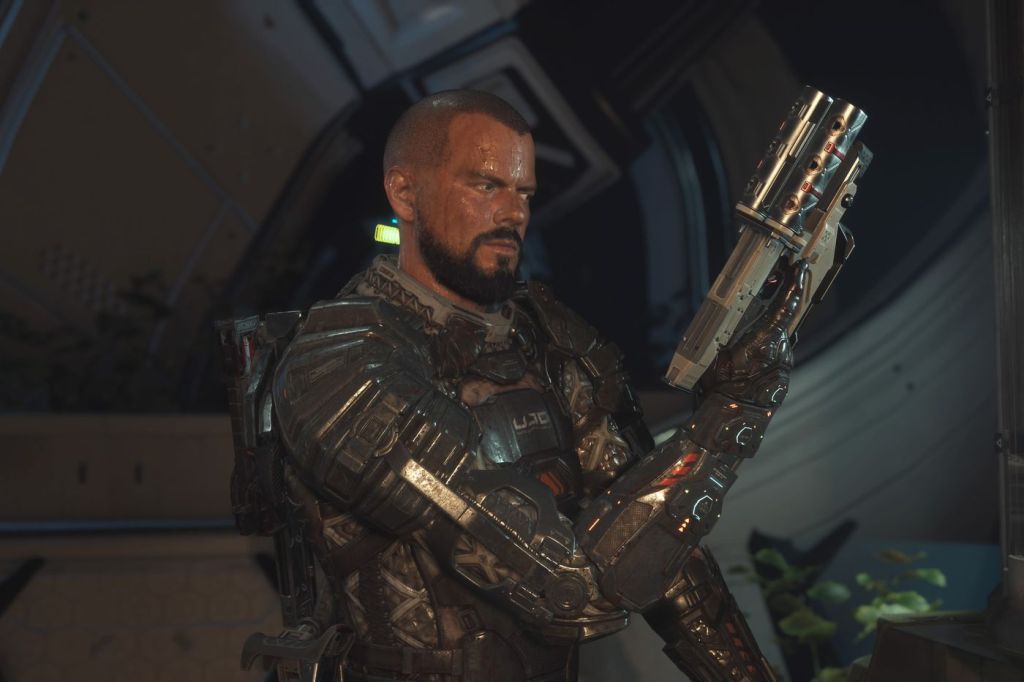 The first chance to get the Skunk Gun comes in Chapter 3. At the beginning of the chapter, take notice of a door that requires a fuse to open. Later in the chapter, you’ll find a guard on the ground with a fuse next to him. Rather than using the fuse in the place next to the fallen guard, first take the fuse back to the door at the beginning of the chapter. Once through that door, find the vent and crawl through it to a room where several items are located, including the schematic to the Skunk Gun.

If you miss it in Chapter 3, you’ll get another opportunity to find the Skunk Gun schematic in Chapter 4. Following the Jupiter cutscene, you’ll need to sneak past a security robot. After you’ve done that, get inside the Oxygen Processing Plant and head to the left. Go past the plants and look for Utility Hall H626 on the right. Once there, you’ll see a space you can squeeze through on the right, but be ready because enemies await on the other side. Dispose of them and find the schematic on the crate.

The Skunk Gun fires a spread that does massive damage from short distances. In a game that is often dominated by claustrophobic combat, this weapon can be a lifesaver and is worth taking the extra steps to get. Once you have the schematic, it will cost 800 credits to print it at a Reforge Station.

If you completely miss the Skunk Gun in Chapters 3 and 4, don’t worry — you’ll still be able to wield a shotgun later in the game. In Chapter 5, Jacob will get a nice reward for helping out Dani Nakamura about halfway through the level. Once you’ve arrived at the garage, you’ll receive the Riot Gun as part of the story in The Callisto Protocol.

As good as the Skunk Gun is, the Riot Gun might be better. The two-handed shotgun is extremely powerful and can be reloaded a lot faster. On top of that, it holds more ammunition, which can make all the difference when using a shotgun. It’s fortunate that this is both one of the best weapons in The Callisto Protocol and that you don’t need to worry much about how to get it. 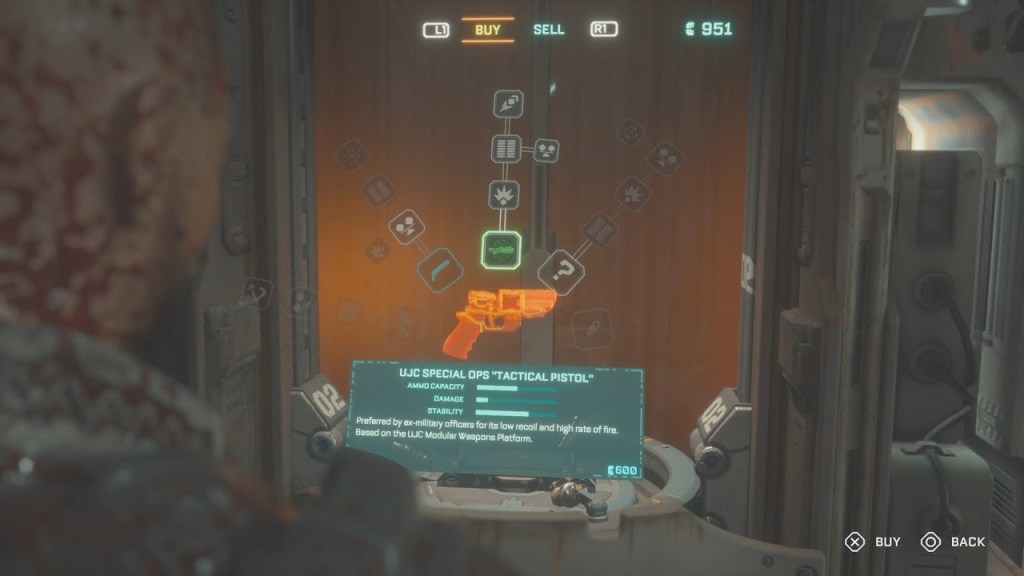 You got the Hand Cannon early in the Callisto Protocol campaign, and it serves as your primary ranged weapon until Chapter 6, when you can pick up the Tactical Pistol schematic. Like the Skunk Gun, the Tactical Pistol can be missed if you’re not watching for it, and earning the weapon isn’t an automatic part of story progression.

During Chapter 6, you’ll reach a point where you can jump over a gate. After doing so, turn right the first time you are allowed to. Once inside that room, turn left immediately and you’ll see the schematic on a table. When you reach a Reforge station, the Tactical Pistol costs 600 credits to print.

In combat, the Tactical Pistol has a higher ammo capacity and rate of fire than the Hand Cannon but deals less damage per round. Which one you prefer for higher DPS will largely come down to your preference and play style. 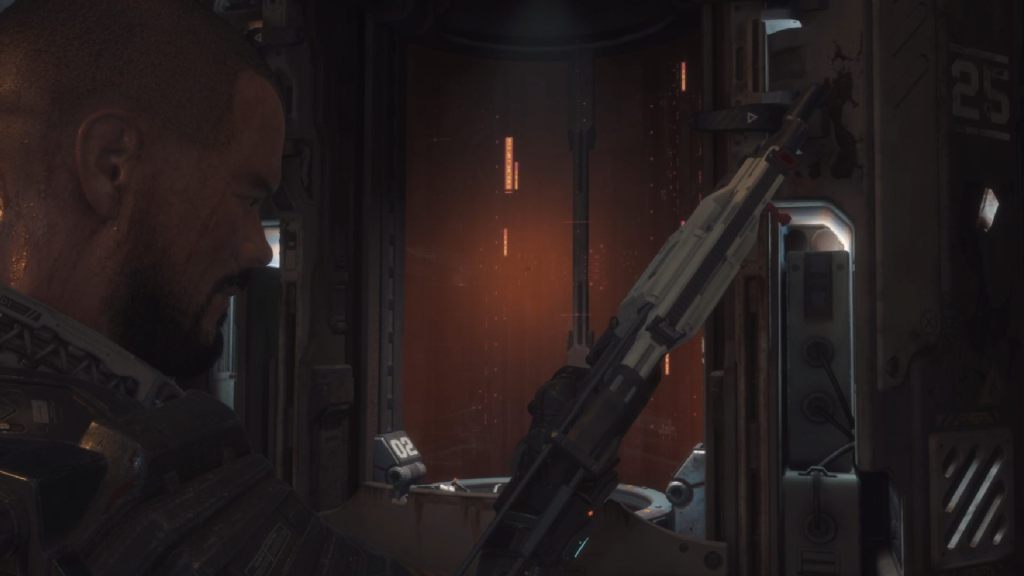 It’s possible to skip getting the Assault Rifle, but considering how it cuts through late-game bosses, you won’t want to. The most powerful weapon in the game by a decent margin, the Assault Rifle fires short bursts and can be upgraded at a high cost. If you have the credits, it’s absolutely worth it.

Early in Chapter 7, you’ll reach an area with an elevator. Instead of using it, climb up the ladder and go through the doorway that’s surrounded by a bunch of missing persons posters. You’re in Midtown now, and you’ll want to find the General Store. There are a lot of enemies here, so you’ll want to move through the store as quickly as you can. Look for a security office in the back. When you see it, look for the restroom on the left. Head in there, and you’ll find the Assault Rifle on a sink.

Then get to a Reforge station and spend the 1,000 credits necessary to print the Assault Rifle. It isn’t cheap, but you will absolutely want this weapon in order to complete the final stages of The Callisto Protocol.

Now you know how to get all the best weapons in The Callisto Protocol!