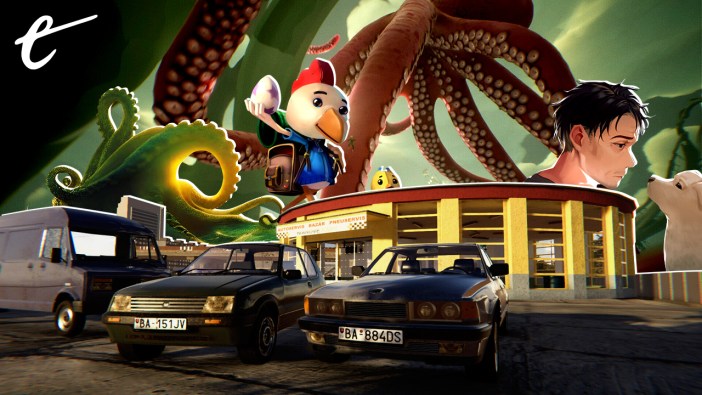 It’s that time of the week again where we take a look around the indie game sphere for some of the most curious, exciting, and interesting projects in development. This time, we’ve got everything from a wave-based survival game that’ll make you feel like you’re in Jaws to a narrative game about a homeless man and a stray dog. Take a few minutes to find out about the indie games Death in the Water 2, Vivat Slovakia, Chasing the Unseen, Bangkok Story: A Stray Dog, and PaperKlay.

Death in the Water 2

It’s still not safe to go back into the water, as Death in the Water 2 is set to sic a new marine threat on unsuspecting players. The previous game was a fairly simple, straightforward affair, where you sought to survive against waves of bloodthirsty sharks. For this sequel, the two-person team at Lighthouse Games Studio is pushing its boundaries.

Following a positive reception to the first game, the team set out to see “how far we could push the realism and behavior of our creatures as well as seeing how we could tie in fantastical elements,” said artist Neil Jones. That provides an opportunity for the team to support the game in the long term by expanding the scope and allowing for “some great updates in the future when we introduce new creatures.”

Sirens will appear in the game as ranged enemies, but the big-ticket fantasy beast is Death, a Kraken that will appear to influence the marine life at random points during a dive. Jones explained, “Something we were very conscious of is that we wanted to portray sharks as naturally as possible. In most circumstances, sharks are not aggressive despite how the media portrays them, and the same is true in Death in the Water 2. … This is where Death comes in. When the Kraken makes its presence known, it compels the sharks / creatures to kick off a frenzied attack.” That uncertainty promises to make each dive a tense affair, inevitably capped by a thrilling bloodbath.

With a new Mafia, Rise of the Ronin, Like A Dragon: Ishin!, and Assassin’s Creed Mirage (among others), fans of historical fiction games will be eating well over the next few years. There’s always room for one more, though, and Vivat Slovakia definitely fits the bill with its portrayal of 1990s Slovakia, then a new country trying to find its feet in the new world order.

In the immediate aftermath of the break-up of Czechoslovakia, the specters of corruption and communism still linger. You step into the shoes of a nondescript 30-something man who fronts as a taxi driver to cover his real work as a member of the secret police. The game’s story is based around real people and events taking place in Bratislava at the time, and your place in the game means you’ll be working alongside both government officials and members of the organized crime rings.

Like the original Mafia, Vivat Slovakia seems to be strongly mission-driven, rather than having its 10 km2 recreation of Bratislava being a hub for endless side content. Nevertheless, it is still an open world in which you’ll be free to roam and cause havoc. The developers have also already run a successful crowdfunding campaign to help bring the game to life and more recently dropped a graphics demo for anyone who wants to get a feel for what they’re aiming for.

As technology continues to advance, the limits on what video games are and can be are falling away. With Chasing the Unseen, Matthieu Fiorilli is pushing against those boundaries in a moody, abstract adventure about exploration. “I feel that in video games we have the chance to do something wildly different from reality, so I’m trying to exploit that as much as possible and come up with original ideas that depart from the day-to-day experience,” he said.

Chasing the Unseen is an impressionistic journey through levels utilizing fractal geometry. Fiorilli took the approach with the intention of creating environments that felt different and unique: “Fractals are surprisingly short math formulas that generate abstract shapes. I built a whole workflow around that, and that’s the backbone of my levels.” It leaves the world looking warped and vaguely discomfiting — made more so by a giant octopus and other creatures. Fiorilli said that it’s not his intention to make “anything nightmarish or unsettling.” Instead, he’s targeting a “surreal, dreamlike, introspective, and abstract” atmosphere that will connect and make sense as players make their way through the game.

You’ll do so mostly through climbing and exploration, and a lot of effort has gone into creating systems of locomotion that feel good. With that in place, Fiorilli is now working to “bring in all sorts of strange and unique creatures in the game which we can climb.” We’ve already seen the octopus and what appears to be an enormous snake, and that may just be the tip of the iceberg when it comes to the strangeness of Chasing the Unseen.

Let’s slow down a bit now. Promising to tug at my heartstrings is a surefire way to get my attention on a game, and Bangkok Story: A Stray Dog does just that. It’s a narrative-focused game that unpacks the personal history of a homeless man that the developers say is based on a true story from Thailand.

Framed as an interview, the story follows the man, Boon, through various phases of his life, from a childhood in rural Thailand to begging on the streets of Bangkok in middle age. It chronicles the push-and-pull factors that can lead an individual to hardship through a tale of loss. Those vignettes of life play out through top-down exploratory segments of gameplay that provide glimpses into the past.

If that description leaves you wondering about the stray dog from the title, rest assured the hound is also an integral part of the story. As Boon finds himself lost in the mental struggles associated with homelessness, the dog provides something like a sense of purpose. He talks to it and cares for it. Where it goes from there is something for the game to show whenever it finally arrives.

“It might sound like a very high aim for a solo developer, but I’m looking a lot at the latest Mario games,” said PaperKlay creator Kevin Andersson, asked about how he’s pitching the game. “I hope that some of the aesthetic and mechanics that comes naturally from the visuals can convince players to give it a chance. Then hopefully some grownups might feel some nostalgia as well … and think of 3D platformers they played when they were younger.”

That goal absolutely comes through in the setup of PaperKlay, which sees duo Chick ‘n Nugget traversing a papercraft world on a traditional platformer journey. There are echoes of Tearaway in that aesthetic, as you’ll be able to manipulate the world by rotating and unfolding sections as you work to find eggs and help the residents.

Andersson mentioned having fond memories of a range of classics, including Spyro, Crash Bandicoot, and Ratchet & Clank, before adding, “One game I wish I played was Banjo-Kazooie, but I’m not worried because a close friend who I’m talking with almost every day pushes the game in that direction. Lately I’ve been describing the game as Mario Odyssey open areas filled with Banjo-Kazooie charming characters that need your help.” Within the open areas are linear sections that will provide a focused approach to traversal mechanics to contrast against the more chilled-out exploration in the overworld. Remixing old classics has worked well for Yooka-Laylee and Bloodstained: Ritual of the Night, so hopefully PaperKlay can join those illustrious ranks.

Let us know what you think of the selection of indie games this time around and what you’re most interested in among Death in the Water 2, Vivat Slovakia, Chasing the Unseen, Bangkok Story: A Stray Dog, and PaperKlay. 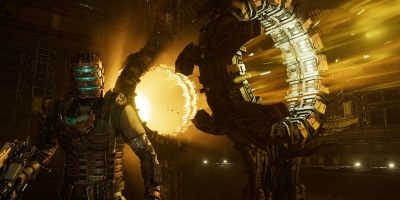 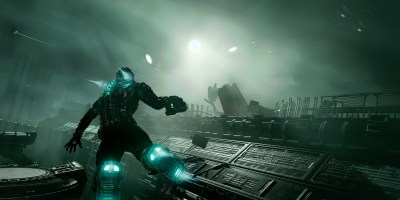