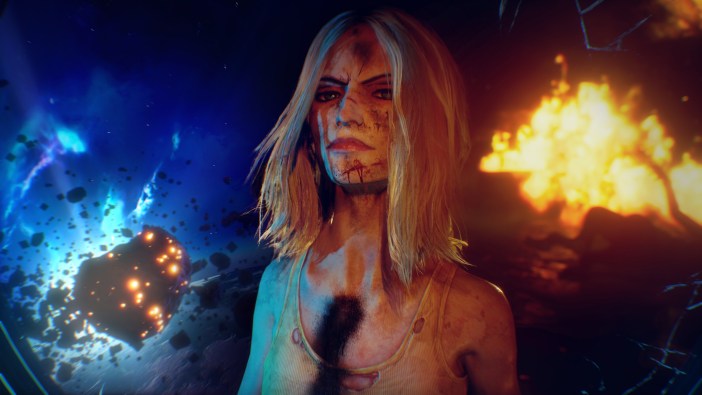 After almost a decade of silence, Ghost Story Games and Ken Levine have lifted the lid on their first game, Judas, at The Game Awards 2022. Ghost Story Games was founded by BioShock and BioShock Infinite creator Ken Levine after the closure of Irrational Games, and a lot of what we see in the debut Judas trailer feels familiar.

The game will be a first-person shooter that seems to again combine gunplay with special powers for combat, in addition to featuring a lurid art style. Similarly, the game will be set in a world in peril, this time a disintegrating spaceship, and you’ll be tasked with either escaping or trying to repair the ship.

Following the reveal, TGA host Geoff Keighley reiterated that Ghost Story Games is experimenting with narrative techniques for the game, which is something that had been reported about the game for years.

Judas is set for release on PC, PlayStation 5, and Xbox Series X | S, but it does not yet have a release window.

Elsewhere in The Game Awards tonight, Supergiant Games announced Hades II. Roguelike Hellboy Web of Wyrd was also announced, in addition to the most unexpected DLC for Dead Cells — a collaboration with Konami and Castlevania.