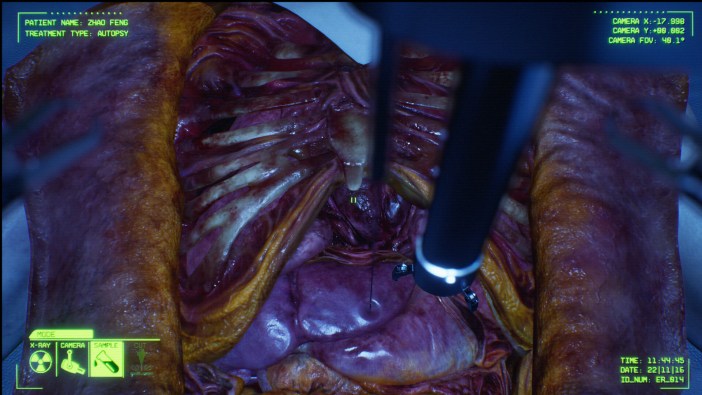 Gamers wanting their spooky over-the-shoulder video game fix have not been devoid of options. The Callisto Protocol came out this year. Next year, both the Dead Space remake and the Resident Evil 4 remake will hit store shelves. And if you are looking for a(nother?) spiritual successor to Dead Space, the intriguing Negative Atmosphere has you covered. Although the title has no release date yet, it is already receiving a free standalone prequel called Negative Atmosphere: Emergency Room. Described by developer Sunscorched Studios as a “cinematic medical horror experience,” the game will hit PC via Steam in early 2023.

Audio logs and spooky atmosphere are very Dead Space-like. What is unique, however, is the gameplay for Negative Atmosphere: Emergency Room. Instead of fighting terrifying monsters aboard a desolate ship, you are tasked with performing autopsies on dead crew members.

Players will control Samuel Edwards, Chief Medical Officer on the TRH Rusanov. You must try to keep the rest of the crew alive with limited resources while witnessing the horrifying events that lead up to the upcoming Negative Atmosphere. It’s a creative way to set up a survival horror game, for sure. It reminds me of The Mortuary Assistant.

Interested parties can wishlist the game on Steam right now.