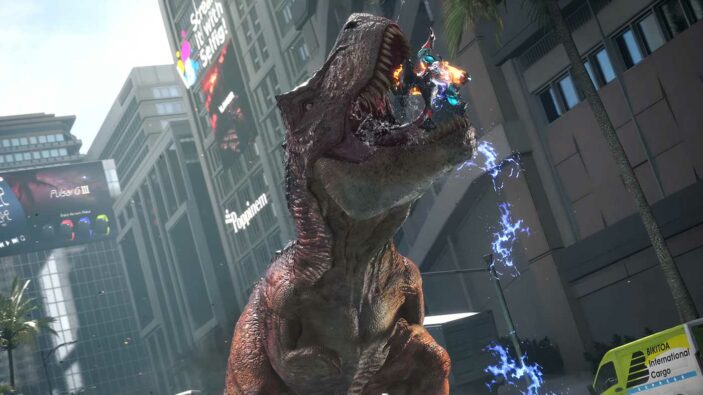 Almost a week ago, Capcom relayed details of a new multiplayer IP during a PlayStation State of Play. The video game, Exoprimal, is basically Earth Defense Force with an insane amount of dinosaurs instead of bugs. Observant fans who watched the reveal trailer immediately thought of Dino Crisis when they saw both dinosaurs and Capcom together. That became even more the case when one of the Exoprimal characters looked strikingly like Regina from the series. As it turns out, there is a connection between the two franchises. Hiroyuki Kobayashi, producer and co-designer on the Dino Crisis series, is working on Exoprimal.

Have a look at one of Kobayashi’s recent tweets:

As reported at VGC, Hiroyuki Kobayashi states he is “deeply involved” in a new title in the tweet. Afterwards, he lists all the games he has worked on in the past, with Exoprimal appearing as the most recent. It isn’t yet known what role he is playing in the game’s development, but hopefully it is an important one.

What does this all mean? Do Exoprimal and Dino Crisis exist in the same universe? Is Capcom trying to gauge interest in a potential Dino Crisis 4 by seeing how players react to Exoprimal? Or is all this an elaborate troll on Capcom’s part? You be the judge!

Exoprimal will launch on PlayStation 4, PlayStation 5, Xbox One, Xbox Series X | S, and PC via Steam sometime in 2023.