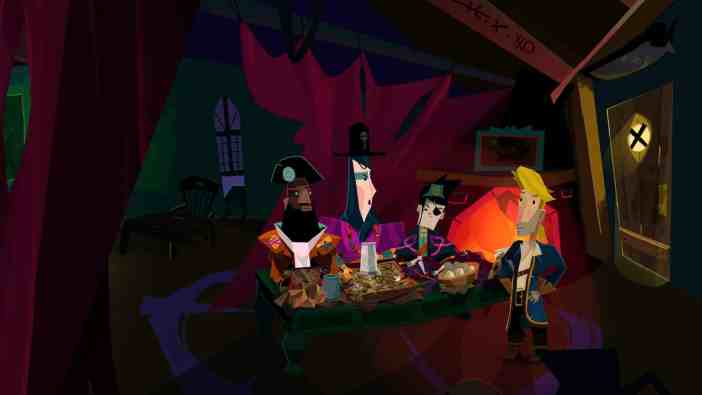 Information on Ron Gilbert’s latest adventure has been scarce since the Nintendo Direct. Thankfully, Gamescom has provided a release date trailer for Return to Monkey Island. It will launch on September 19 for PC and Nintendo Switch. Yes, that is International Talk Like a Pirate Day!

Series mainstay and salesperson Stan helped with the release date reveal for Return to Monkey Island:

He’s still as animated as ever. Along with Stan’s rambling, many of Return to Monkey Island‘s settings were shown off. Expect to visit taverns, islands, and pirate ships. And while the evil pirate LeChuck makes his return, there is also a new crew of Pirate Leaders that will surely make Guybrush Threepwood’s life complicated.

Excited fans can preorder the game and begin their adventure with a highly exclusive and entirely useless Horse Armor in their inventory. It just sits in your inventory and has no practical application. Genius.

Return to Monkey Island will feature new intuitive controls and accessibility features. Series originals Ron Gilbert and Dave Grossman are writing the adventure, Rex Crowle (Knights & Bikes, Tearaway) is animating the visuals, the original composers are making a new score, and Dominic Armato is returning as the voice of Guybrush Threepwood. It’s enough to make an old fan like me cry.

For more Gamescom reveals, check out dark fantasy sequel The Lords of the Fallen, open-world survival MMO Dune: Awakening, digital miniatures game Moonbreaker from the Subnautica developer, the release date and preorder details of of Sonic Frontiers, and the reveal trailer for New Tales from the Borderlands.