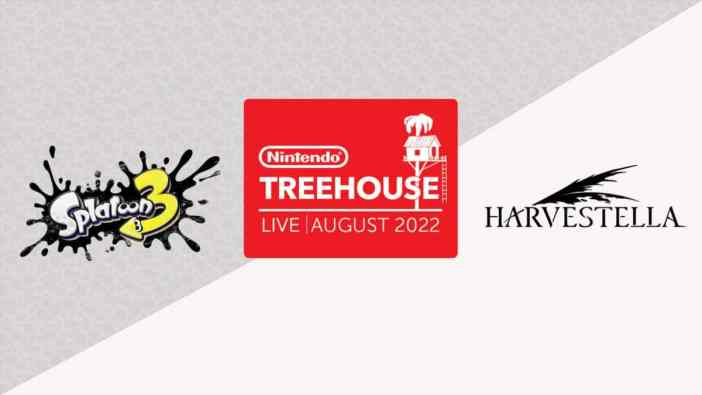 Get ready for a Nintendo Treehouse: Live presentation on 8/25 at 9:30am PT featuring 3 segments:

• A deep-dive into the all-new #Splatoon3 single-player mode

It seems a lot of people have already made up their minds about Splatoon 3 one way or the other ahead of its September 9 launch, but apparently Nintendo thinks some people could use more convincing anyway. Harvestella, despite being from a third-party developer and also coming to PC this November 4, makes more sense to showcase live. Square Enix describes it as a life-sim RPG with fighting and farming, effectively being a much prettier version of Rune Factory, and it would be nice to see more closely how all of its mechanics work.

Nintendo has been announcing unpredictable events like this all summer. It all began at the end of June, when in lieu of a grand “E3” (so to speak) Nintendo Direct, it did a still-hefty Nintendo Direct Mini: Partner Showcase instead. Since then, it’s casually dropped trailers and announcements for things like the Bayonetta 3 release date, the second wave of Mario Kart 8 Deluxe DLC, Kirby’s Dream Buffet, a Pokémon Presents presentation with lots more info about Pokémon Scarlet and Violet, and the aforementioned Splatoon 3 showcase.