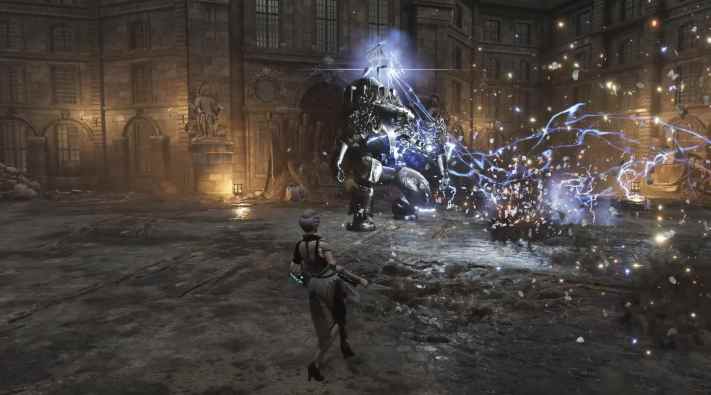 Steelrising has always looked like an inspired take on the Soulslike sub-genre, but it’s never looked better than it does in the “Titans” gameplay trailer that was revealed by developer Spiders and publisher Nacon during today’s Nacon Connect. The video offers a peek behind the curtain at a visually interesting third-person action game set in a unique and grim world where automatons rule an alternate-history Paris. Moreover, the footage highlights what it’s like to control Aegis and the elementally charged bosses they will encounter. See the Steelrising Titans gameplay trailer below.

This isn’t the first time Spiders has shown gameplay for its action-focused project. Our first look at Steelrising gameplay arrived last year, mostly highlighting smaller enemies and the abilities we’ll get to use to dismantle them. As a robot engineered by in-game creator Vaucanson, Aegis sports the skills necessary to take control of the robot revolution.

The Escapist’s KC Nwosu got to go hands-on with Steelrising last month and came away feeling intrigued by its setting and characters. Although he wasn’t completely sold on what Steelrising has to offer, KC said that “it has the makings of a fun single-player campaign.” Steelrising launches September 8, 2022, for PC, PlayStation 5, and Xbox Series X | S.