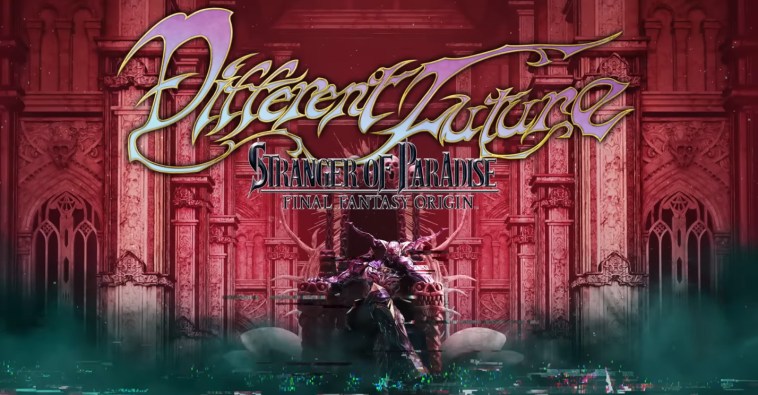 Square Enix and Team Ninja have released a teaser trailer for the final DLC expansion for Stranger of Paradise: Final Fantasy Origin, entitled Different Future, and it has a release date of January 27, 2023 on all its existing PlayStation, Xbox, and PC platforms. Different Future will see a moogle summon Jack Garland and his allies to a “city in an alternate time and space” under siege by a Lufenian, seeking the team’s help to restore this reality to the way it should be. The logo design for Different Future, in addition to what appears to be a tease for Emperor Mateus at the end, suggests that this DLC will tie into Final Fantasy II (and potentially the Dissidia fighting game spinoffs).

Beyond that and the release date reveal, the Different Future teaser trailer mostly showcases more cool environments and enemies to smash to pieces. Even if the game’s fan-service-heavy narrative can be hit and miss, most people agree that Team Ninja delivered the goods with the action for this game, and as the final piece of the Stranger of Paradise season pass, Different Future can probably be trusted to end on a high note.