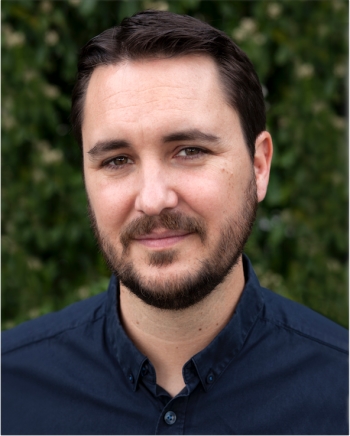 Wil Wheaton, geek icon, actor, author, blogger, and social media force, is about to add another television show to his list of accomplishments. Syfy has greenlit 12 episodes of The Wil Wheaton Project, a weekly comedy show hosted by Wheaton. The half-hour commentary on The Wil Wheaton Project will cover “the week’s most popular and trending topics across sci-fi film, television and pop culture, as well as video games, viral videos and news.” In addition to hosting the series, Wheaton will serve as producer and contribute to the show’s writing. The series premieres on Tuesday, May 27 at 10 pm ET/PT on Syfy.

Wheaton describes the year-long process of getting the show greenlit on his blog. He details the process of developing the show, pitching it to a network, filming a pilot and finally learning that the show had been greenlit. “We’re going to make something that I just know you’re going to love, and I hope that so many people love it, we’ll get to make it for years to come,” says Wheaton. He also reveals that the green screen photo that started the Tumblr blog Photoshop Wil Wheaton was taken the day that the pilot was filmed for The Wil Wheaton Project.

Syfy describes The Wil Wheaton Project as “a funny, fast-paced exploration and celebration of science fiction and genre entertainment.” The show appears to be part of a return to a science fiction focus for the network. Wheaton says, “I really love that I get to be part of something that brings Science Fiction back to Syfy, and if I read correctly between the lines during our meetings with the Syfy executives, this is just the beginning of the network formerly known as Sci-Fi returning to its science fiction roots, which is awesome.”

Wheaton currently has a recurring role on The Big Bang Theory. He also appeared in Felicia Day’s web series The Guild which is now available on Netflix. He hosts the board gaming web series Tabletop for Geek & Sundry, and Falling Skies: Second Watch for TNT. If you haven’t paid much attention to Wheaton since he was solving problems with pluck and naiveté on Star Trek: The Next Generation, you’ve missed a lot of great stuff.