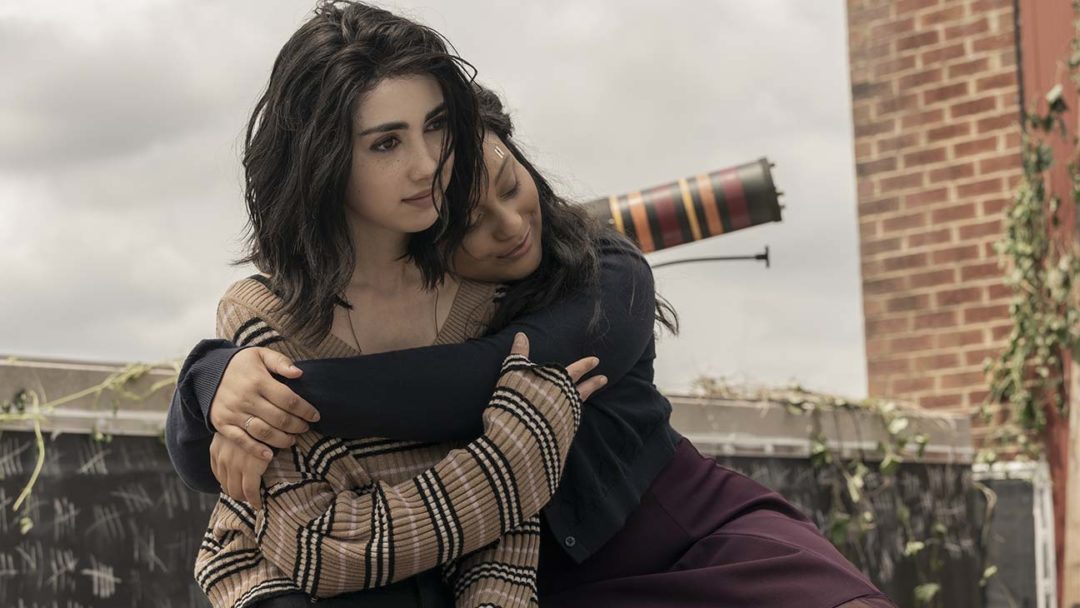 No, it is not news about The Walking Dead musical you’ve been secretly waiting for, but we now have an official name for the third Walking Dead TV show, The Walking Dead: World Beyond. The name was revealed along with a new trailer for the series after the mid-season finale of the original show aired.

The Walking Dead: World Beyond will focus on a group of teenagers who set out from a protected community to discover the zombie-infested world outside and also some dark secrets. They’re all of a generation that grew up with zombies as the norm and show the series plans to take a different look at the apocalypse. There are also connections to the bigger Walking Dead universe as we see in this new trailer a helicopter with the three rings symbol that picked up Rick Grimes in the original show and made an appearance in Fear the Walking Dead as well. At NYCC, series executive producer Scott M. Gimple said that those three circles represent three different civilizations and that the children come from one of them.

The aging franchise on a whole has seen a decline in viewers recently, but the numbers are still really strong in comparison to most cable TV shows and the creators are probably hoping that a new series will bring back old fans. The Walking Dead: World Beyond stars a host of newcomers including Alexa Mansour as Hope, Aliyah Royale as Iris, Hal Cumpston as Silas, Nicolas Cantu as Elton, Nico Tortorella as Felix, and Annet Mahendru as Huck. It will premiere sometime in spring 2020.

Battleborn No Longer Available Digitally, Shutting Down in 2021