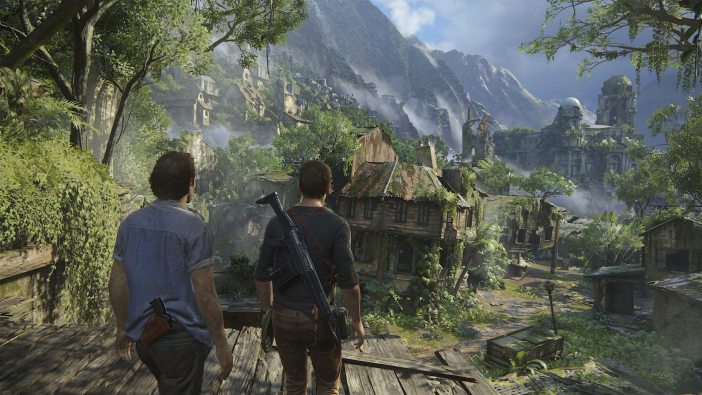 Uncharted: The Hidden Kingdom is a fan-made audio drama that might be able to tide you over while the PlayStation franchise remains on ice. The two-part series comes from The Shadow Remake, a YouTube channel helmed by New York sound designer and audio drama enthusiast Jonathan Winstead. Uncharted: The Hidden Kingdom boasts high-quality audio and a voice cast of 10 actors, and their impressions of classic Uncharted characters like Nathan Drake and Sully are pretty spot-on.

The Shadow Remake crew reminds listeners that the audio drama is not associated with Sony, series developer Naughty Dog, or other affiliated companies, saying that their work is simply a fan story meant to help the community with the wait for more official Uncharted content. The Shadow Remake posted Uncharted: The Hidden Kingdom part one on July 16, 2021, the original release date of the repeatedly delayed live-action Uncharted movie. Part two arrived the following week, wrapping up the story. So while this audio drama isn’t brand new now, we thought our audience would enjoy it and that the production was deserving of a larger audience.

The story picks up after Sully gets a lead to the location of Excalibur, kicking off a journey where Nathan, Elena Fisher, and Chloe Frazer search for the treasure. However, “Pursued by a vicious ‘collector’ with unclear motivations, the team must work together to stay one step ahead of certain death. What they eventually discover on a treacherous island lost to time is far more startling than they ever could have imagined.”

Uncharted: The Hidden Kingdom is an impressive audio drama, fan creation or not, but on the more official front, the Tom Holland-starring Uncharted movie is currently set to premiere on February 18, 2022. Sony’s video game franchise remains without any official updates since closing a massive chapter for the mainline series journey with Uncharted 4 in 2016, though that game and its standalone DLC, Uncharted: The Lost Legacy, were recently announced to come to PC. There was a report earlier this year that another new Uncharted is in development though.