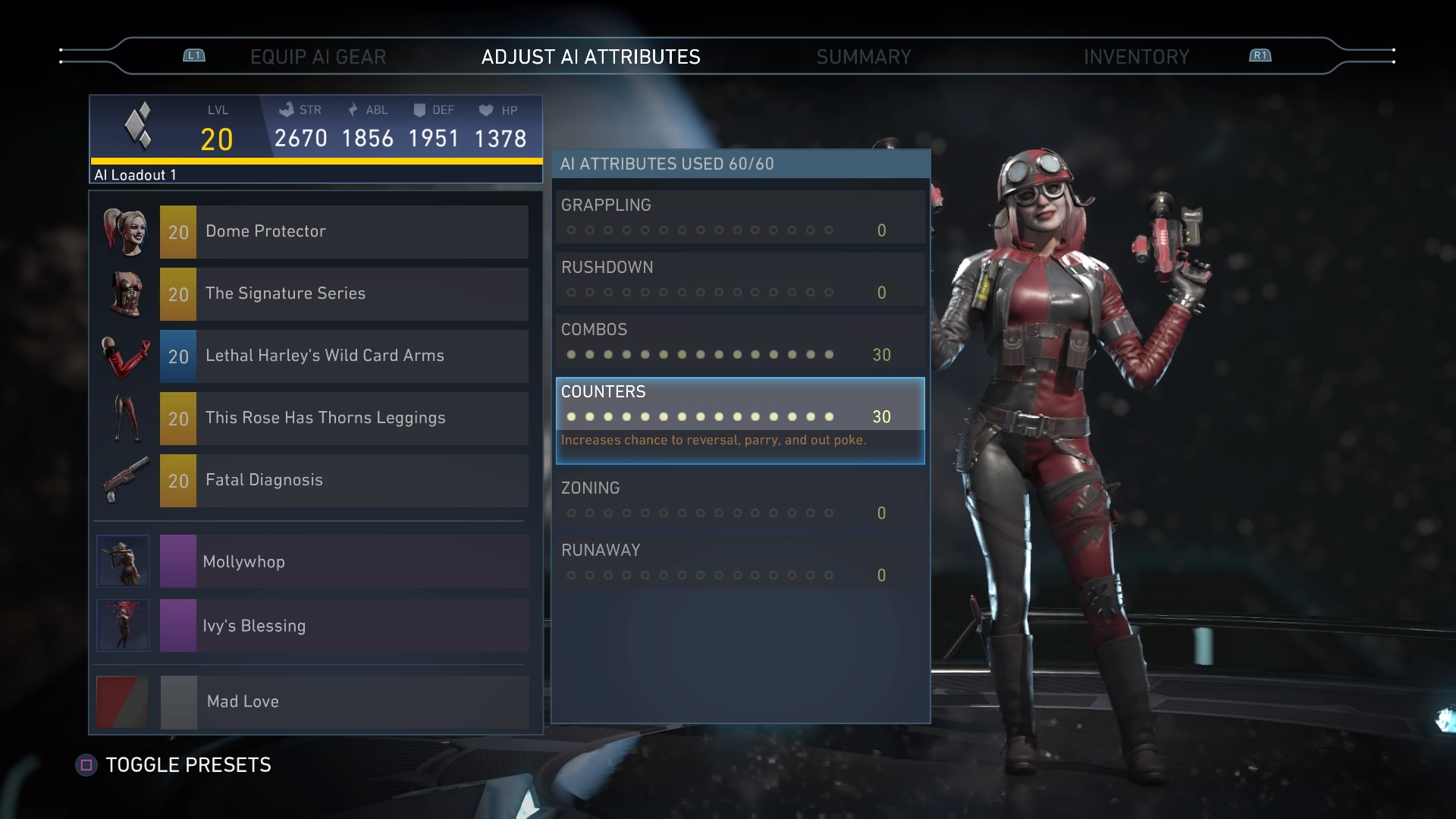 Let the AI do all the dirty work for you in Injustice 2 with this gear farming trick, making just about any multiverse event a breeze and expanding your gear-earning potential.

There’s one tiny tidbit I didn’t realize for a long time. In Injustice 2, you can use the AI Loadout for more than just AI Battles available in the Multiplayer menu. No, AI can also be deployed in the singleplayer Multiverse. All you have to do it setup them up properly, put points in the right places, and then relax while the hyper-strong AI finishes any event for you.

Check out all the details below and begin gear farming like a pro. Just don’t expect to earn tons of performance points. Using the AI won’t get you gold anytime soon, but it will get lots of other bonuses.

How To Win Any Multiverse Event | Easy Gear Farming Guide

If you’re struggling with a particularly annoying boss or Multiverse event but still want those sweet, sweet gear, credit or Mother Box rewards, then you can always put in a replacement to help you out — the AI Loadout.

Here’s how to get ready.

Now the AI will fight for you and easily win any encounter. With 30 Combo and 30 Counter, they’re pretty much unstoppable against the AI and can even bring down bosses or Difficulty Level 5 opponents with ease — as long as they’re well equipped, and meet the other standard requirements for competing in a Multiverse Event, such as the Level Cap.

After unleashing the AI Loadout, you can sit back and enjoy victory. Be warned, the AI will not attempt to get a high score, so this isn’t a great way to farm for performance rewards. But, you’ll always get the basic completion reward, and all you have to do is sit back and press [X / A] to move onto the next fight.

Following fights, you’ll often get gear reward rolls — especially after bosses, so you can use this trick to easily farm for gear nonstop, even when you’re busy doing something else. It’s great for accumulating tons of gear while putting (basically) no effort into the Multiverse.

That’s the best farming method we’ve found so far. Got your own sneaky farming tips and tricks? Sound off in the comments!

Quiz: How Well Do You Know Samurai Jack?