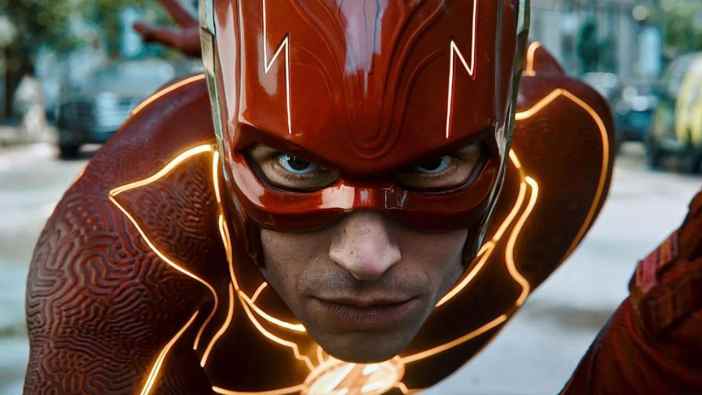 The DC cinematic universe is basically cutting ties with the entire Justice League as James Gunn and Peter Safran reshuffle the film slate to launch into their three-year vision of the future of DC Studios. No Henry Cavill. No Dwayne Johnson. Not looking good for Gal Gadot. Jason Momoa is still up in the air. Ray Fisher? Ha! But guess who Warner Bros. and the pair are reportedly open to keeping, per Variety: Ezra Miller could still return as the Flash despite having a train wreck of a year in 2022 that included multiple arrests and accusations of child endangerment.

In an article reporting on Dwayne Johnson’s failed power grab to control the DC films slate — in which he was hoping to build a story that led to Black Adam and Cavill’s Superman fighting each other — Variety reports that Gunn and Safran are working to reboot DC’s superhero efforts but that it doesn’t have to be a fully clean slate. While Ezra Miller basically went insane for half of 2022, they are now in therapy and headlines with their name in them have been nonexistent as the studio ramps up to release the multiverse-jumping The Flash on June 16.

The movie will be the first of a slate of upcoming DC films made before new Warner Discover CEO David Zaslav took over but that are still getting released (unlike Batgirl). Insiders say that, as long as Miller stays out of trouble and The Flash reaches its box office potential, some at the studio are open to keeping them in the role for the future. They also note that the door is open for the rest of the upcoming projects (Aquaman, Shazam!, Blue Beetle, and Peacemaker) and their actors to continue life under the new leadership as well.

Allowing Ezra Miller to return again as the Flash would be a pretty big roll of the dice but makes some sense. While the actor could easily become trouble again, thanks to The Flash being a story about multiverses, it gives the studio a perfect reset button, and Miller would be the anchor of that reset as the Flash jumps from one universe to another. On the other hand, they haven’t really done much with the role on the whole. No one is out there arguing they are the definitive Flash, and it feels like recasting could be done pretty easily. This could also all be damage control as WB attempts to get people to come out to see a series of films that will eventually not be part of any future within the company. More folks will, of course, turn up if they think it’s part of a bigger storyline still. What it will most likely come down to is the box office.