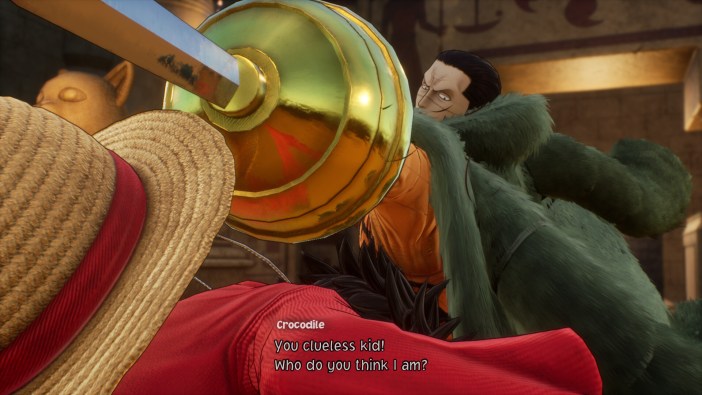 One Piece Odyssey is a large-scale JRPG with a mostly original plot that is inviting to newcomers but also sets itself up as a major new experience for fans of the series. Although, fans and newcomers alike might wonder about when exactly does One Piece Odyssey take place in the series continuity, so here’s the answer.

Explaining When One Piece Odyssey Takes Place Is Complicated

First of all, One Piece Odyssey is not canon. If you don’t play this game, you won’t miss out on any essential story elements from the rest of the series. There are plenty of references to previous story arcs inside of here, known as Memories, but Odyssey will not impact current or future story arcs. In a way, that makes the game somewhat more accessible to newcomers since the story is entirely self-contained.

But pinpointing when this story takes place within series continuity is a bit tricky. For the past several arcs, the Straw Hat Pirates have been separated due to various circumstances. Up till the launch of One Piece Odyssey, they’ve only been together for five arcs since 2010: Fishman Island, Punk Hazard, Zou, Wano, and Egghead Island. Because the game features almost the entire crew together, it needs to be set around one of these arcs. However, one of the Memory sequences in One Piece Odyssey relives the events of the Dressrosa arc, which was set after Fishman Island and Punk Hazard, meaning the game can’t take place during those arcs.

As for the three remaining arcs, the Straw Hat crew members that are in the game tell us when the game specifically takes place. One of the most recent additions to the crew, the former Warlord of the Sea Jinbe, is not mentioned as one of the Straw Hat Crew members. He pops up in the Marineford arc Memory, but the marketing has not advertised him as a playable character. This informs us that, by not being a playable character, he’s not a member of the Straw Hats at this time. He joins the crew in the middle of the Wano arc, so the game cannot take place during Wano or Egghead Island, the arc immediately after that.

So, our answer is that One Piece Odyssey takes place sometime around the Zou arc! There are still some minor continuity issues, like how Sanji isn’t present in that arc due to events forcing him to be away from the crew for a time, yet he is in the game — but the game is already non-canon, so minor issues like that shouldn’t detract from the experience.