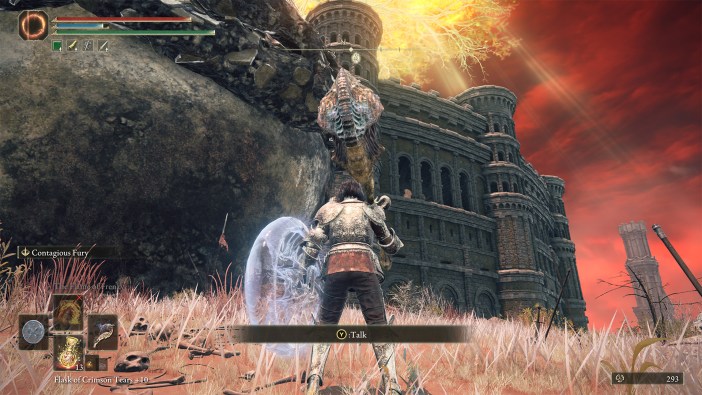 The new Colosseum Update for FromSoftware’s action RPG Elden Ring allows players to take each other on in head-to-head battles, and best of all, it’s free. But there’s a snag. If you want to flex your character’s PvP muscles, you’ll have to track down an appropriate arena. So if you want to know where and how to find the colosseum in Elden Ring, we have the answers, including maps.

Where and How to Find the Three Colosseums in Elden Ring

There are, in fact, three colosseums to be found in Elden Ring, each of them with different fight options. The Caelid Colosseum, for example, is the only one that allows you to use spirit ashes to summon some spectral assistance.

We’d recommend you don’t go looking for them until you’re at least level 80 and have unlocked most of the areas in the game. But when you’re ready for a non-invasion player-versus-player brawl, here’s where and how to find each Elden Ring colosseum. 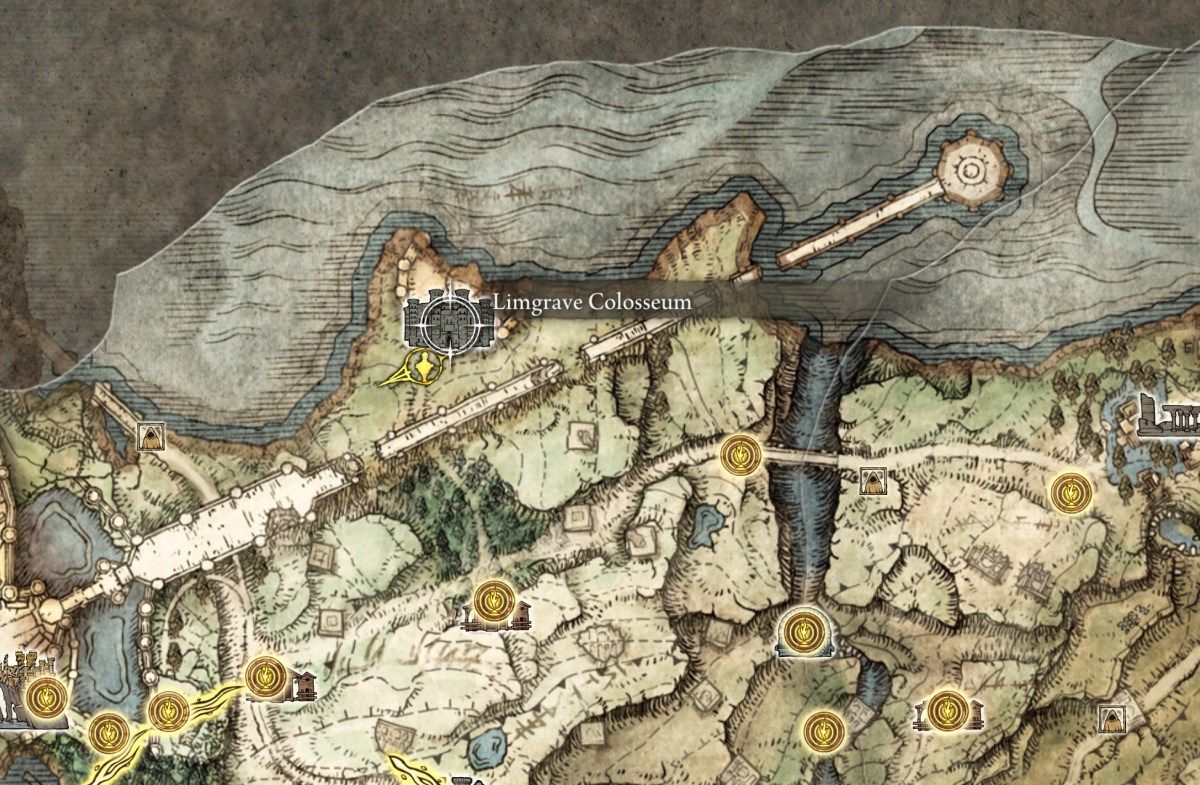 Located in the game’s starting area (even though you can spend a good 40 hours exploring it), Limgrave Colosseum is surprisingly hard to spot. The good news is that, of the three arenas, it’s the one you’re least likely to get killed reaching.

It’s located in the north of Limgrave, just beyond the broken Stormveil Castle bridge. To get there, we’d recommend you start from the Warmaster’s Shack or Stormhill Shack and walk towards the bridge. Then pass through the gap underneath the destroyed bridge, and you’ll find Limgrave Colosseum a short distance to the northeast. 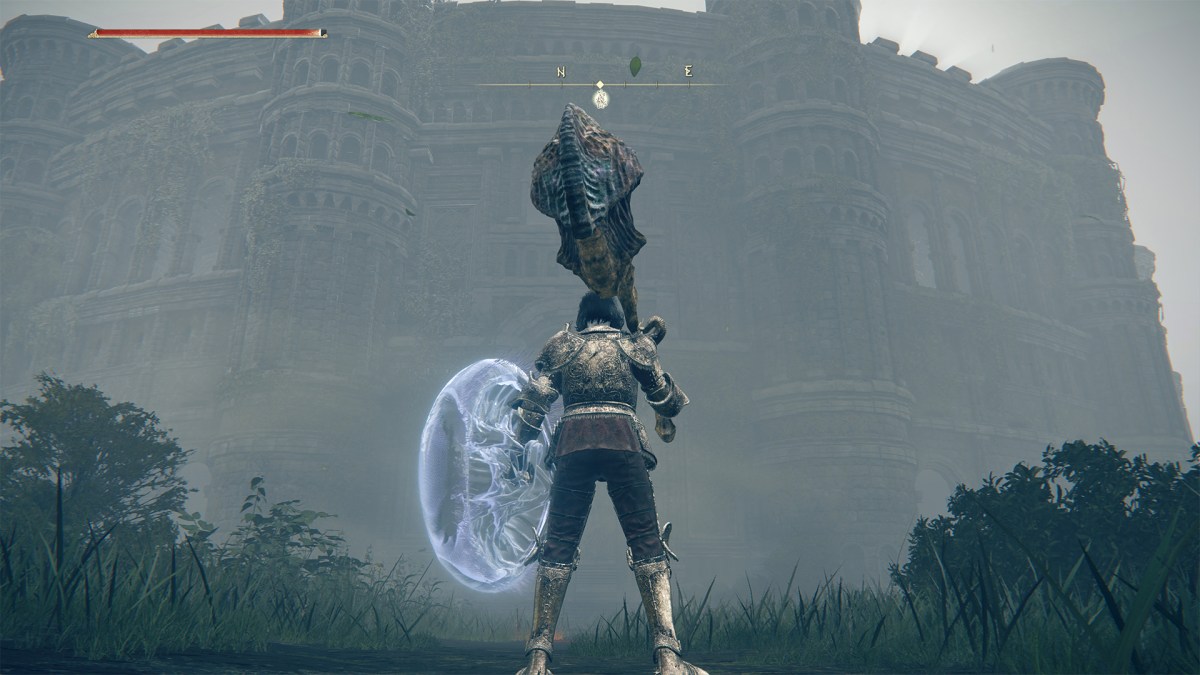 Like all the colosseums, you just have to walk up to it and dramatically open the doors. Then head to the statue, activate, and you can choose how you want to fight and, if you set a colosseum password, whom you want to fight.

Limgrave Colosseum features two match types: United Combat and Combat Ordeal. The former has players divided into teams, while in the latter match type it’s everyone for themselves. However, should you die, you’ll respawn. 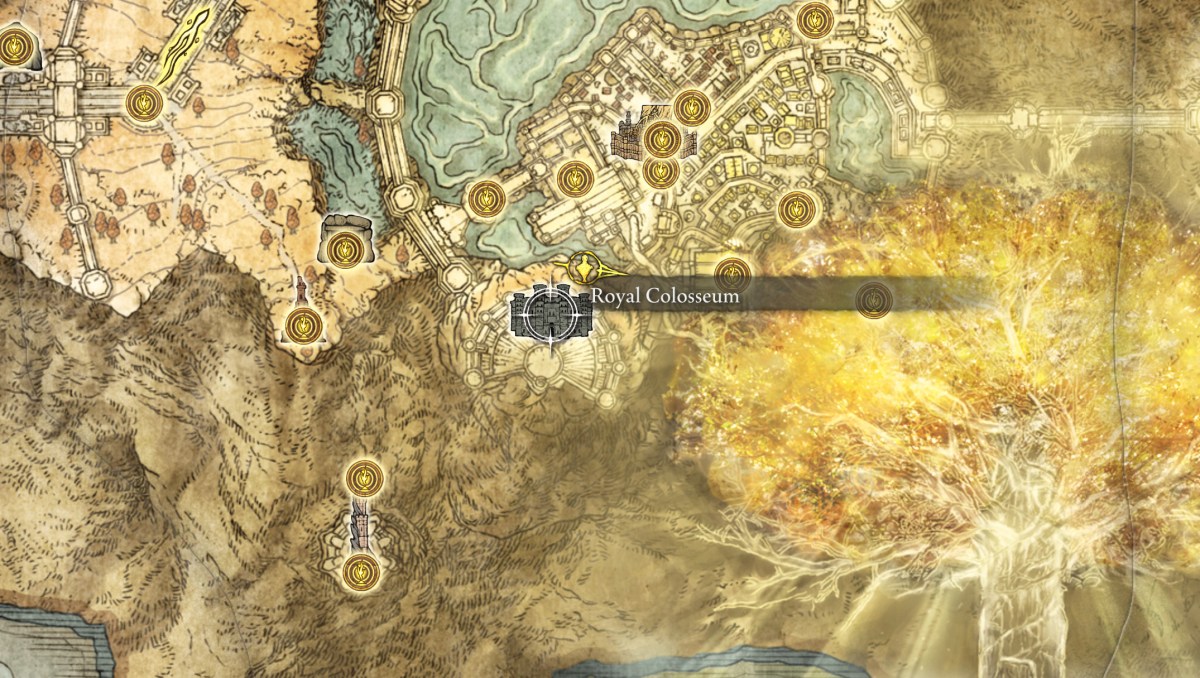 Royal Colosseum is located in Leyndell, but while you can spot it from several points in the royal capital, it’s not so easy to access. You will also have to get to the point in the game where you can access Leyndell and, ideally, have reached the Queen’s Bedchamber.

Start at the West Capital Rampart and head down towards the section where a Lesser Black Blade Kindred is standing watch over three trumpet-blowing Oracle Envoys. Walk behind the Kindred and they won’t attack. 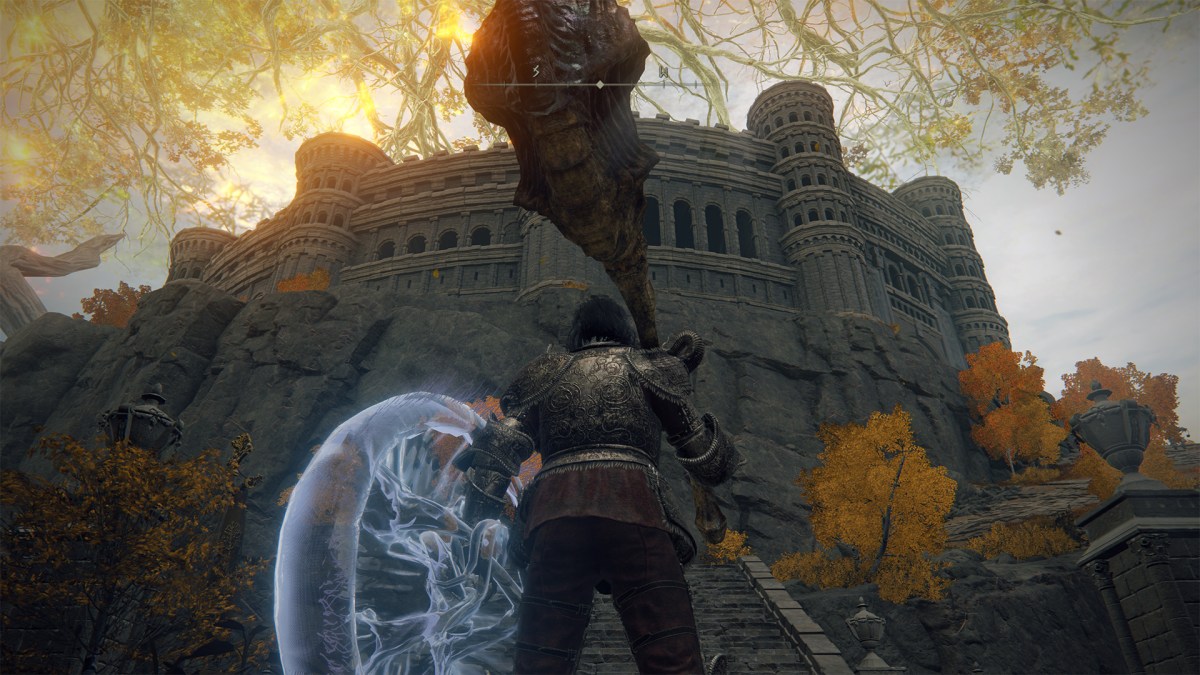 Then walk under the large branch and keep going up towards Royal Colosseum, on the hill. You’ll have to run past or kill an angry man with an axe and an even angrier man with two hammers. Open the door, and there you go. The only match type this colosseum offers is Duel, a one-on-one match with no respawning. 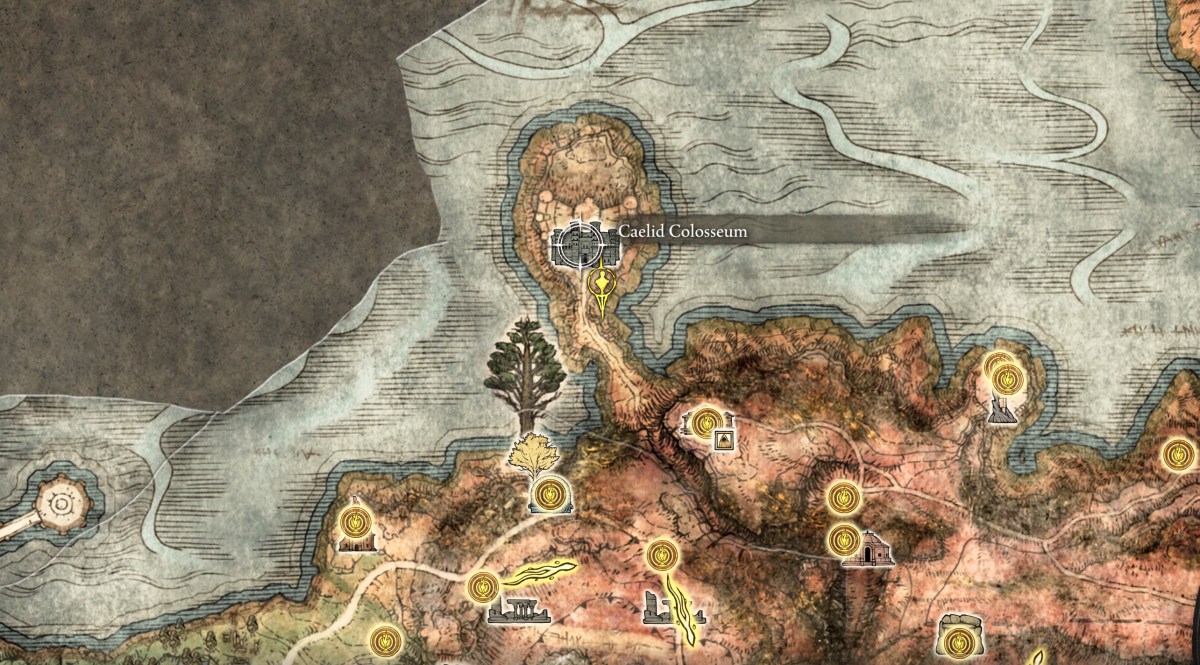 Caelid Colosseum offers all three match types — Duel, United Combat, and Combat Ordeal, with the ability to use spirit ashes. Spirit ashes are prohibited at each of the other two stadiums. It’s also the easiest to spot, even on the map, and previously had players wondering what it was for.

There’s a massive Living Jar sitting in front of it, but don’t worry about him. He’ll offer you a challenge, but you can just walk right around him and push open the doors. What you do have to worry about is the spear-throwing giant golems you’ll encounter on the way.

We recommend you fast travel to Deep Siofra Well, above ground, then speed down the canyon on horseback, avoiding the exploding stones. You’ll see a bow-wielding golem to your left — avoid their shots and keep going. You’ll then see the colosseum and another golem on your right.

This golem has a better chance of hitting you, so either take them on or dodge behind an outcropping as they fire. Then go behind the giant Living Jar and open the door. 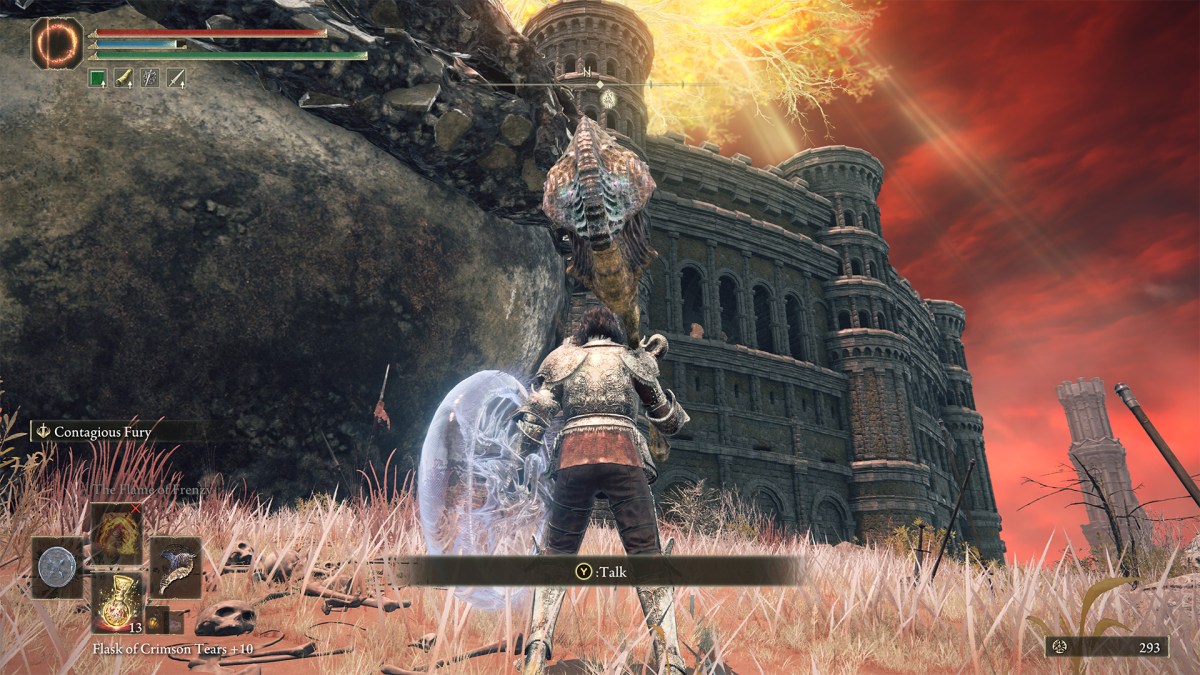 Do you need to visit a colosseum every time you want a PvP fight in Elden Ring? Actually, no. Once you’ve visited a colosseum, you can go to Roundtable Hold — assuming you’ve reached that point in the game — and access the arenas via the Statue of Marika by the fireplace.

But that’s not all. Once you’ve opened the doors of every colosseum, you can go to Roundtable Hold and, through the statue, customize matches. This will give you more choice than each respective colosseum does.

So, now you know where and how to find each colosseum in Elden Ring. Good luck in whichever colosseum you choose — and be careful not to lose your head.