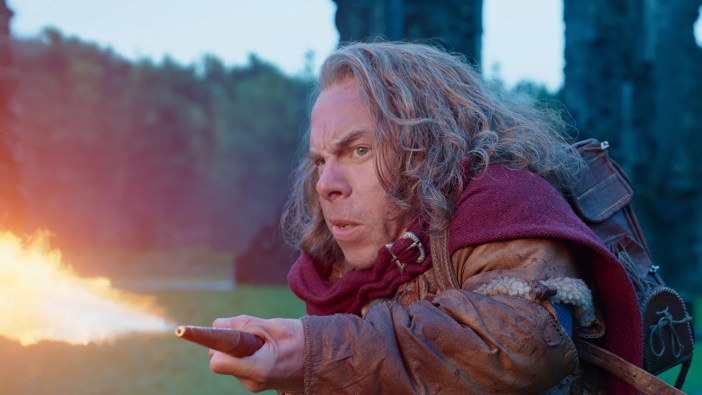 This discussion and review contains minor spoilers for Willow episode 1, “The Gales,” the first part of the premiere on Disney+.

Perhaps the most interesting and impressive thing about Willow is the extent to which the show is happy to embrace high fantasy as a genre.

Of course, there are a few modern trappings in play. “The Gales” sets its closing credits to “Guess Who’s Back” by Beginners and Night Panda, a song most notable for being used on the second season of The L Word. The show’s dialogue is just a little too arch and knowing in some places, particularly from the young characters. At one point, Dove (Ellie Bamber) unironically warns Kit (Ruby Cruz), “You’re not the boss of me out here, princess.”

Still, allowing for these concessions to modernity, Willow plays its fantasy tropes straight. The series retains the storybook framing device from the original film, has colorful production design and strong lighting, and casually throws around allusions to a dense internal lore. In “The Gales,” characters make offhand references to “the Knights of Galladoorn,” “the Harbinger of the Wyrm,” or “the Withered Crone, who dwells in the Immemorial City that lies beyond the Shattered Sea.”

Indeed, “The Gales” feels closer to traditional old-fashioned high fantasy like The Wheel of Time than it does to more recent modernized takes on the genre like The Lord of the Rings: The Rings of Power and House of the Dragon. Several plot points and images from the “The Gales” even mirror those early in The Wheel of Time, with the Mother’s Gate recalling the Waygates, and the eerie abandoned outpost evoking the early detour to Shadar Logoth from “Shadows Waiting.”

This is a surprising choice given that American audiences have generally been wary of high fantasy, with a couple of high-profile exceptions. The original Willow was part of a wave of commercial disappointments within the genre during the 1980s. Explaining the challenges securing funding to get it made, George Lucas stated, “The fantasy genre has been spectacularly unsuccessful, including Krull, Legend, Dragonslayer, and Labyrinth. Only The Dark Crystal was relatively successful.” 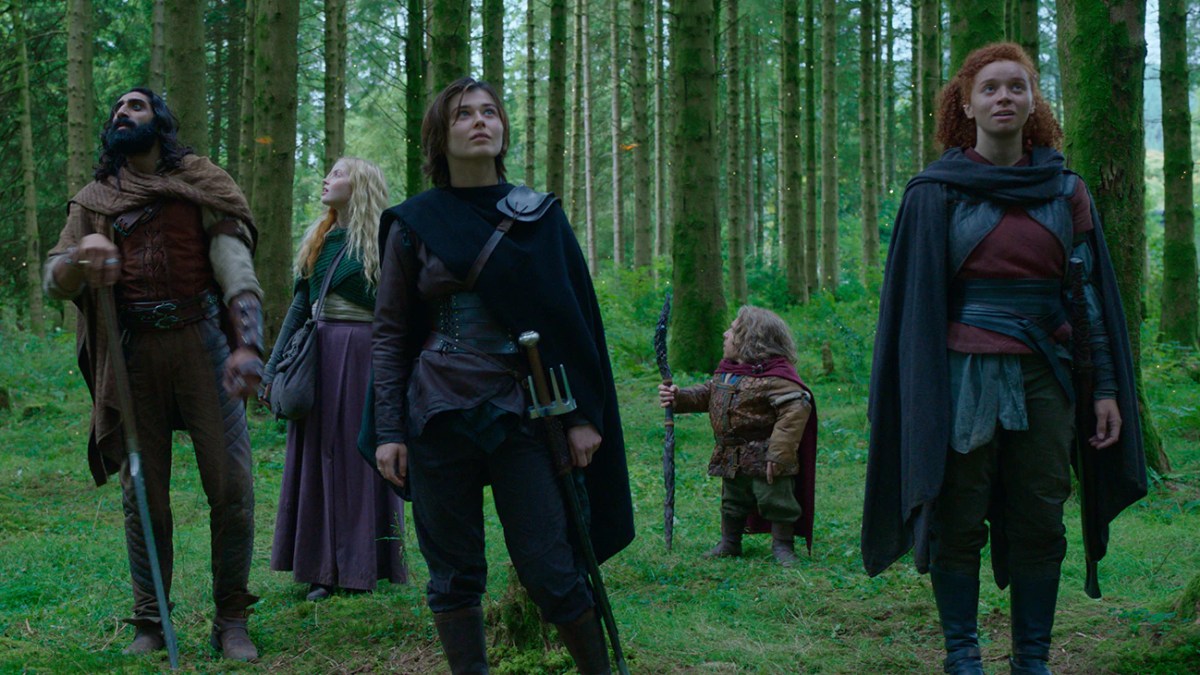 If anything, Lucas was understating the case. During the 1980s, fantasy experienced a resurgence in American cinema, most likely due to the success that Lucas had enjoyed with Star Wars. Naturally, Hollywood chased that success. Dino De Laurentiis produced a pair of science fantasy epics in Flash Gordon and Dune, but both underperformed at the box office. However, other studios gambled that audiences who loved space wizards might be interested in a more conventional sort of fantasy.

Lucas is correct that The Dark Crystal was ultimately profitable. That said, it was still “far less successful” than Jim Henson’s earlier puppet work. The year after Willow was released, The Adventures of Baron Munchausen would become shorthand for the sort of financial folly that would later be associated with Waterworld. Genre-adjacent movies like Masters of the Universe and The Princess Bride didn’t fare much better.

There is perhaps an argument to be made that the fantasy genre is a cornerstone of American popular cinema through the animated films produced by Walt Disney. There is certainly a strong connection to be made between Willow and films like The Sword in the Stone, The Black Cauldron, and Beauty and the Beast. However, even allowing for the success of these films, Disney never considered its animated films to be four-quadrant hits, struggling to make them appeal to boys.

Of course, as noted, there are a few big exceptions to this argument. At the turn of the millennium, American audiences embraced both the Harry Potter franchise and Peter Jackson’s Lord of the Rings trilogy. Even then, there was a lot of trepidation around their releases. “Can fantasy take flight?” asked a headline in The Los Angeles Times in the lead-up to their release. The two franchises went on to be huge commercial hits, to the point that they spawned sequels and spinoffs for decades. 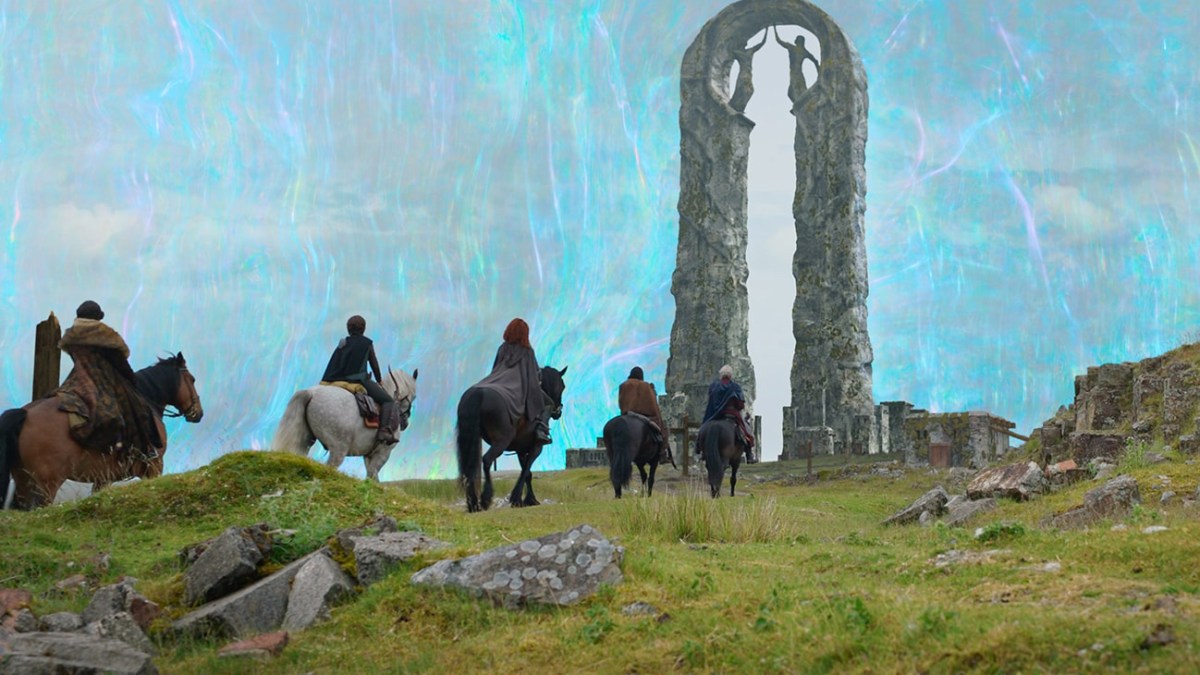 Hollywood would spend years trying to recreate the success of The Lord of the Rings with failed epics like King Arthur, The Golden Compass, John Carter, Pan, and even King Arthur: Legend of the Sword. Spinning out of the Harry Potter film franchise, the Fantastic Beasts series quickly lost steam, even beyond the waves of controversy around it. Many of these films couched their fantasy trappings in other genres, but none connected with audiences.

Still, there were occasional success stories. Game of Thrones was a genuine cultural phenomenon despite similar concerns. Tellingly, the show took its time introducing overtly fantastical elements to its somewhat grounded medieval setting, and the show perhaps made itself more accessible to mainstream audiences by embracing a soap opera sensibility not too far removed from prime-time classics like Dynasty or Dallas — just with dragons.

As such, there is something endearing in how eagerly and enthusiastically Willow commits to its high fantasy setting. “The Gales” leans in. Kit refers to her rag-tag group of heroes as a “fellowship,” a somewhat loaded term in the genre. The cast includes Green Knight veterans Erin Kellyman and Ralph Ineson. Thraxus Boorman (Amar Chadha-Patel) is a lovable rogue whose name evokes that of legendary director John Boorman, responsible for fantasy epics like Zardoz and Excalibur.

More to the point, Willow avoids a lot of the choices that comparable modern fantasy shows like The Rings of Power and House of the Dragon make to push themselves into more conventional spaces. There is a solid argument to be made that Peter Jackson’s Lord of the Rings movies and the Rings of Power series frame their epic narratives as war stories. Similarly, Game of Thrones and House of the Dragon often lean into their soapy trappings. 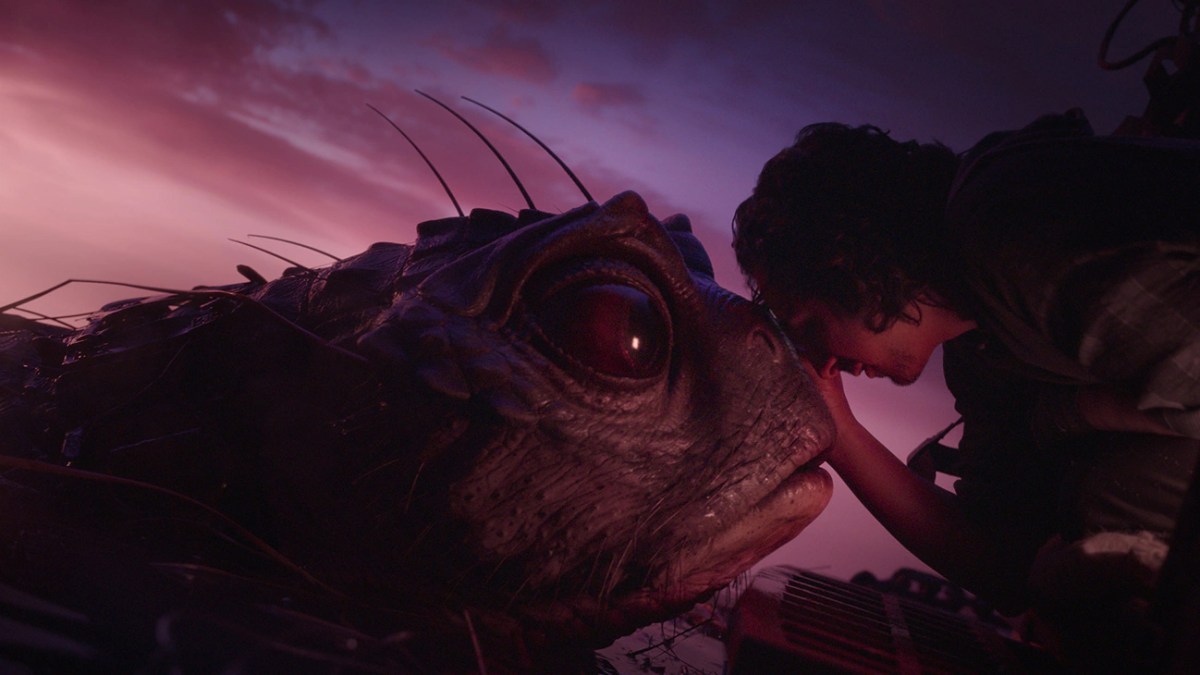 “The Gales” contains its fair share of teen angst and action. There is plenty of melodrama within the core cast, with Prince Airk (Dempsey Bryk) proposing to Dove, while Kit finds herself betrothed to Prince Grayson (Tony Revolori) despite her love for Jade (Kellyman). However, these relationships never feel as heightened as similar dynamics in House of the Dragon. Similarly, while the Gales attack the castle, Willow seems unlikely to be offering Lord of the Rings-scale battles anytime soon.

“The Gales” instead remains true to the spirit of the original film. It sets up a simple quest narrative, with Kit leading her allies on a mission to rescue her brother Airk from “the Withered Crone.” In the modern franchise landscape, this seems almost modest. There is a clear objective and a (presumably) linear path towards it. “The Gales” never contorts itself in service of a grander mythology and never shies away from the trappings of the traditional fantasy genre.

There’s a lot of pleasure to be found in this. The production design is impressive, particularly the costuming and set design. There is less emphasis on earthy tones than in a lot of modern “grounded” fantasy, and cinematographer Stijn Van der Veken declines the tendency to desaturate such imagery to make it seem more “realistic.” While the visual influence of Game of Thrones is obvious in small details like the throne room, it never overwhelms Willow’s sensibility.

Indeed, the eponymous monsters capture a large part of the appeal of “The Gale.” While the show obviously augments the creatures using computer-generated imagery, there’s a commendable emphasis on practical effects and prosthetics. These monsters look like they escaped from the cover of a well-worn ’60s fantasy paperback, and that is glorious. It just seems like Willow is having fun getting to lean into the genre’s tropes without having to worry about justifications or explanations.

Even allowing for the obvious nostalgia that exists for the original film, an expensive eight-episode Willow streaming series feels like something of a minor gamble for Disney+. Given the obvious appeal of chasing the autumn’s big fantasy streaming shows like House of the Dragon or The Rings of Power, it seems like an even bigger risk to let Willow be itself. However, it’s a bet that ultimately pays off. Willow feels very comfortable in its own skin. That goes a long way.

If you’ve also watched Willow episode 2, then continue on to our impressions and review of that episode!