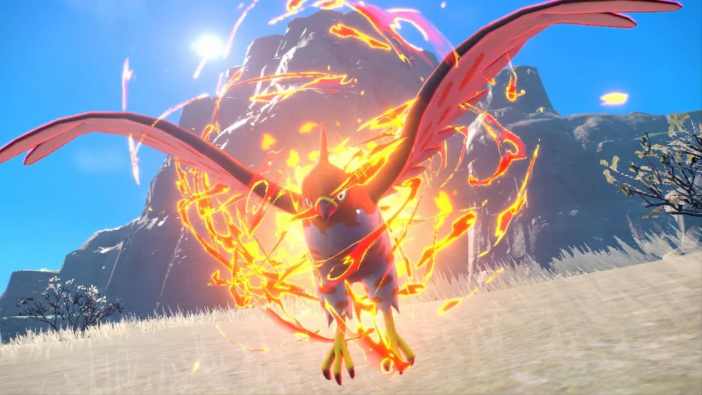 Image via The Pokemon Company

The Best Flying Types in Pokémon Scarlet and Violet 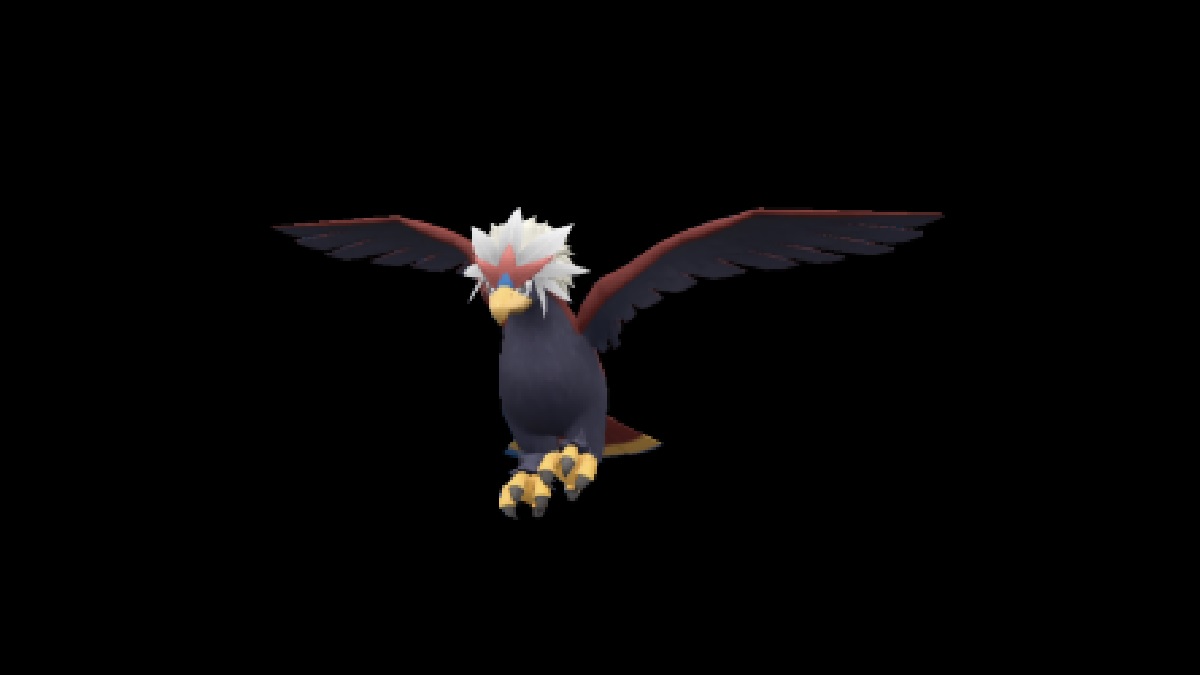 Braviary is a good Normal/Flying-type Pokémon that evolves from Rufflet at level 54. It has very high Attack stats, high HP, and decent Speed, Defense, and Special Defense. Its Special Attack is low, so it should focus on physical Attack moves first and foremost. Braviary’s movepool may not be large, but it gets powerful same-type attack bonus (STAB) moves like Brave Bird and Thrash to help it dish out the pain.

Players can take advantage of Braviary’s sheer force by setting its Nature to Adamant. The effect of this Nature, combined with the Defiant ability — which significantly increases its attacking power when its stats are lowered by enemy moves — makes it a fearsome Flying-type opponent in battles. 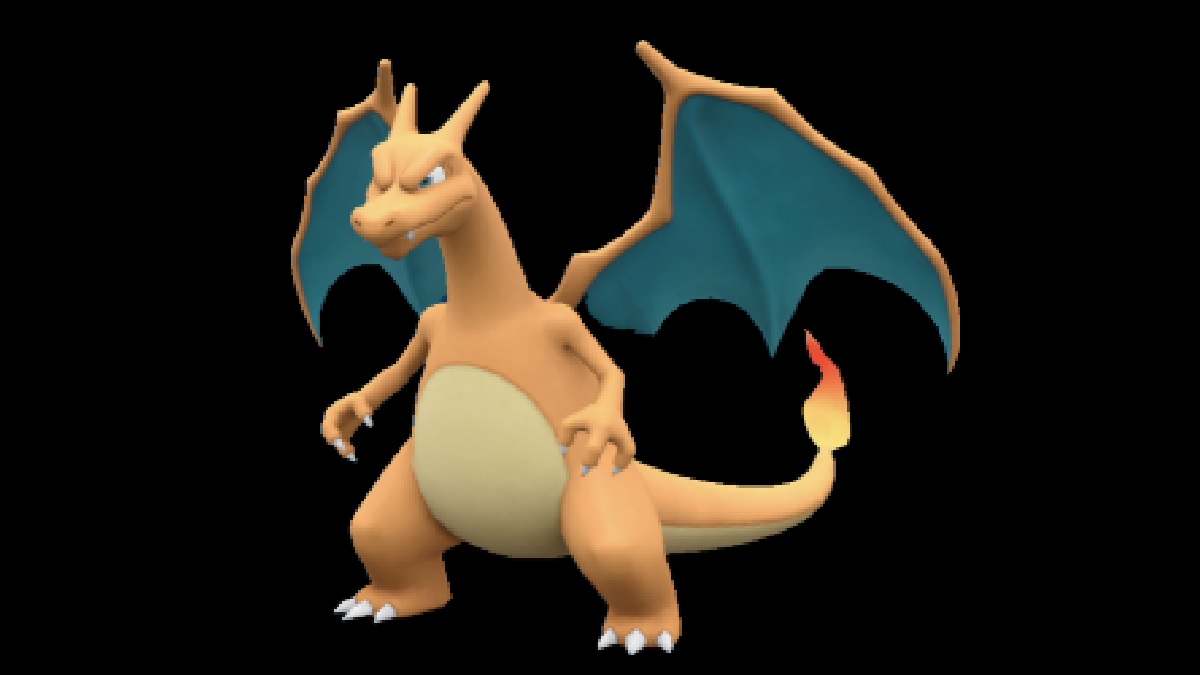 Charizard is a Fire/Flying-type Pokémon that has enjoyed long-running popularity since its debut as the final evolution of Gen 1 starter Charmander. It’s not the most powerful Flying-type, but it boasts high Special Attack and Speed stats. It has decent Attack and Special Defense, allowing it to face most foes in battle. It also has an ability, Blaze, that enhances the damage its Fire-type moves the more it receives damage from enemy attacks.

Charizard is not the easiest Pokémon to encounter. In fact, it only appeared as a special Seven Star Tera Raid from December 1-4 and 15-18 2022. There is no word if the Charizard special event Tera Raids will ever be repeated, so if you missed out, you will need to trade with someone who was lucky enough to catch it during those dates and maybe bred a Charmander from it. 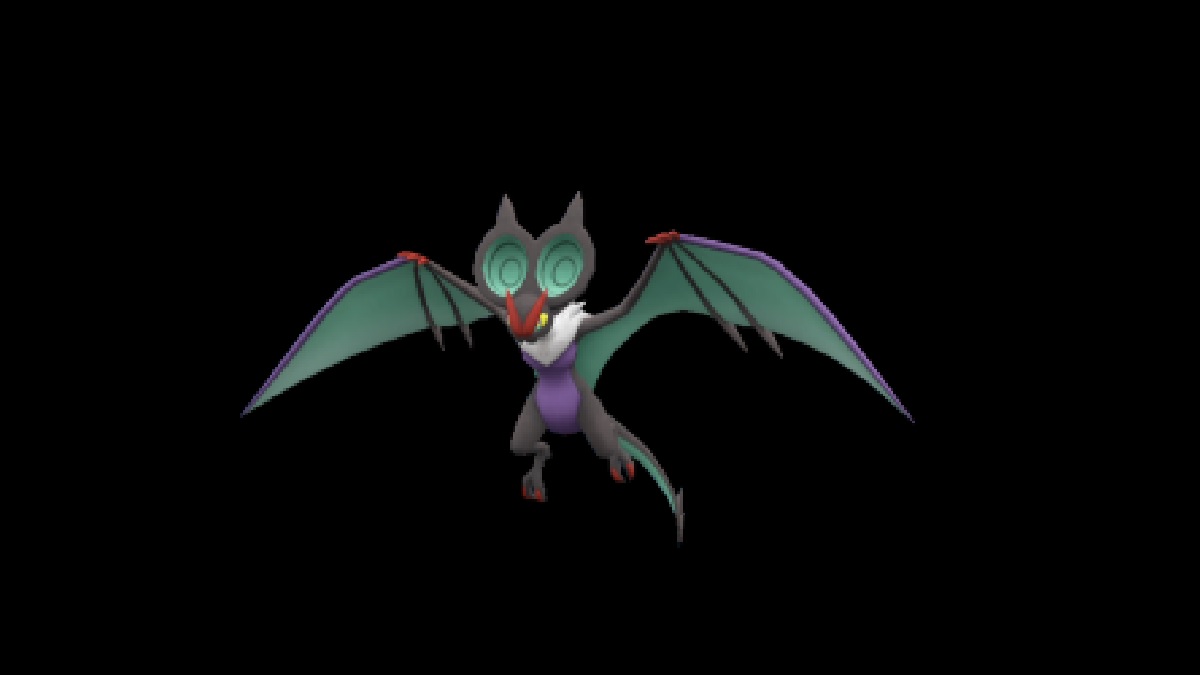 Noivern is a Flying/Dragon-type that evolves from Noibat at level 48. It has very high Speed, and the rest of its stats are decently rounded. It has slightly weak Attack, but it has Infiltrator, an ability that allows it to ignore some of its opponent’s protective moves like Light Screen and Reflect, as well as hitting through Substitute.

A good defensive typing, Noivern is able to counter the ever present Fighting-type, and resists Fire, Water, and Grass. It is also immune to Ground-type attacks, so it has nothing to fear from Earthquake. Noivern is 2x weak to Dragon-type moves, however, and is doubly weak against Ice-type attacks, so always be aware to avoid the cold. 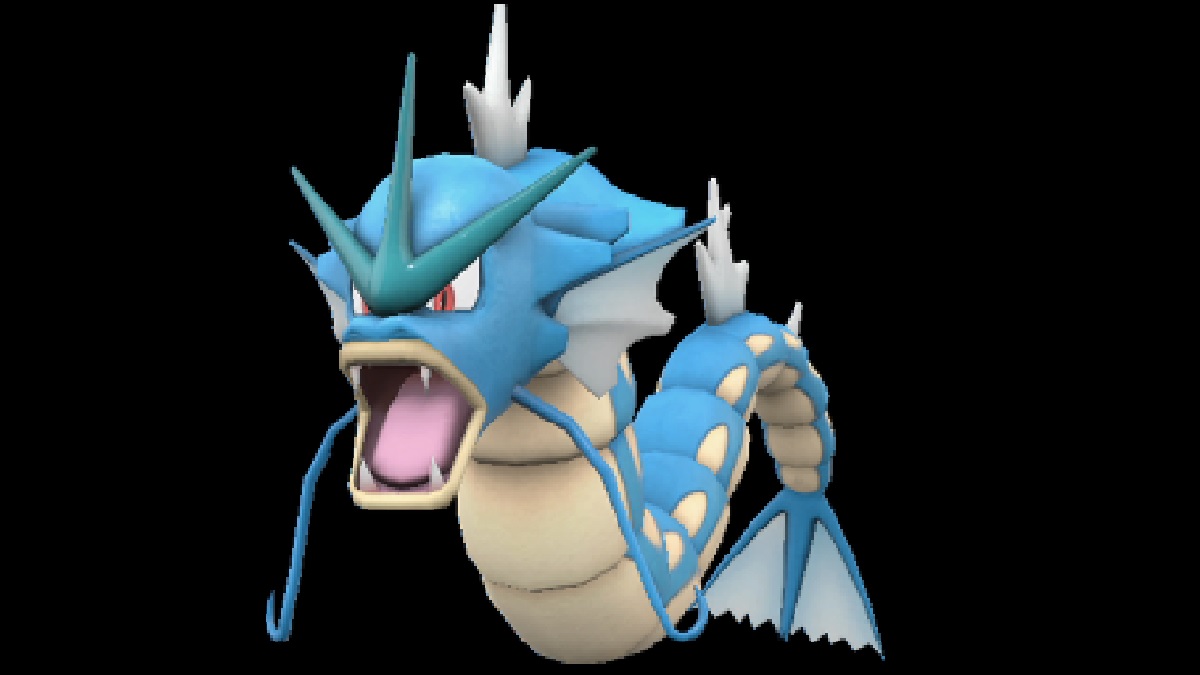 Gyarados is a Flying/Water-type that evolves from the infamous Magikarp at level 20. Unlike Magikarp, Gyarados is a powerful Pokémon boasting very high Attack, as well as good HP and Special Defense. Its Defense, Special Attack, and Speed aren’t very high, but its resistance to Fire-, Water-, Fighting-, Bug-, and Steel-type moves make up for that. It is very weak to Electric-type attacks, however, so avoid Thunder at all costs.

Gyarados can lower an enemy’s Attack using its Intimidate ability, or grow stronger every time it knocks out an opponent with its hidden ability Moxie. Gyarados hits hard with its strong physical Water attacks like Aqua Tail and Waterfall, and can use Special attacks like Hydro Pump and Hurricane. It can even learn Ice Beam/Thunderbolt/Flamethrower and Blizzard/Thunder/Fire Blast, giving it great coverage with powerful Special moves of a variety of types. 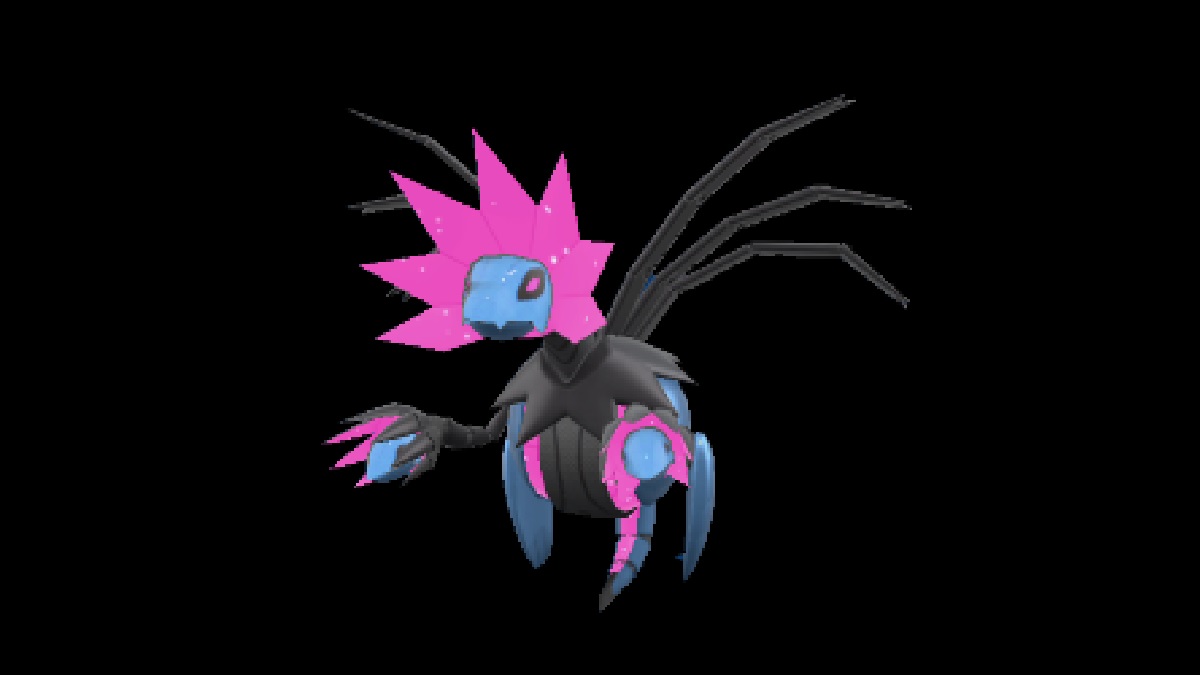 Iron Jugulis is a Dark/Flying-type Paradox Pokémon resembling Hydreigon. It has decent HP, Attack, Defense, and Special Defense, but has a very high Special Attack and high Speed stats, letting it hit hard and fast. It is weak against Electric-, Ice-, Rock-, and Fairy-type moves, but has two type immunities — Ground and Psychic. Iron Jugulis can learn a variety of powerful moves of different types, like Hydro Pump, Fire Blast, Focus Blast, Hyper Beam, and Dragon Pulse, and it gets STAB with Hurricane and Dark Pulse, giving it great offensive options.

This Paradox Pokémon is strong, but is exclusive to Pokémon Violet. Pokémon Scarlet players who want to include it in their roster will have to trade for it. The trade will be worth it, however, as Iron Jugulis is a powerful Flying-type. 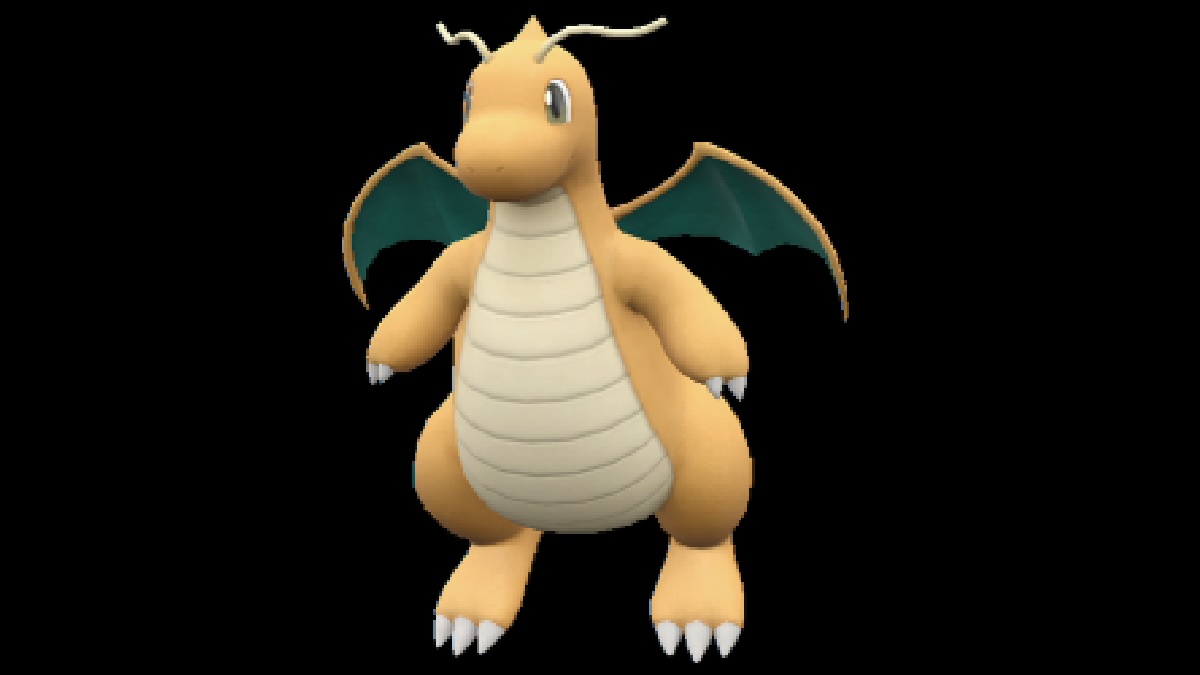 Dragonite is a powerful Flying/Dragon-type Pokémon capable of dishing out tons of hurt while defending against strong enemies. It has very high Attack, high Special Attack and Special Defense, and decent HP, Defense, and Speed. It is doubly weak against Ice-types, and weak to Rock-, Dragon-, and Fairy-type moves, but resists many types of moves as well.

Dragonite comes with some of the most powerful moves in the game, and can learn the coveted Ice Beam/Flamethrower/Thunderbolt and Blizzard/Flame Blast/Thunder combos. If physical attacks are more your style, it can learn Ice, Fire, and Thunder Punches for coverage. Players can take advantage of Dragonite’s hidden ability Multiscale to reduce the amount of damage it receives when at full health. 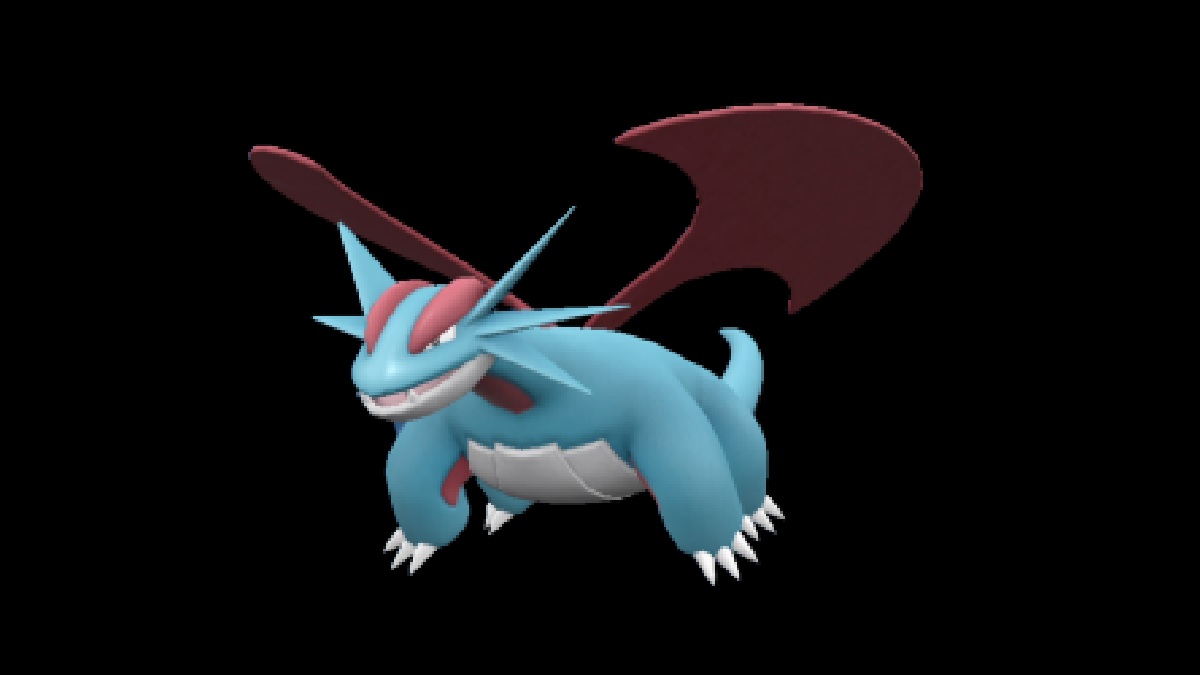 Salamence is at the top spot of our best Flying-type Pokémon in Scarlet and Violet. While it has the same typing and total stats as Dragonite, giving it the exact same strong weakness to Ice, its stat distribution makes it hit harder and faster than its older Gen 1 counterpart. Salamence has very high Attack, high Special Attack and Speed, and decent Special and physical Defense. Dragonite may have better defenses, but Salamence has much higher Speed and Special Defense, allowing it to outspeed many opponents.

Salamence’s movepool isn’t quite as broad as Dragonite’s, but it still can access the most powerful Dragon and Flying STAB moves in Outrage and Hurricane respectively. It can also cover with Fire and Water attacks, as well as Thunder Fang and Zen Headbutt. Crucially, Salamence gets the hidden ability Moxie, which increases its Attack every time it knocks out an enemy, making the already plenty strong Pokémon even stronger. While Salamence is truly a fearsome Pokémon in battle, it can only be encountered in Pokémon Violet. This means Pokémon Scarlet players who want it included in their roster must trade for it. 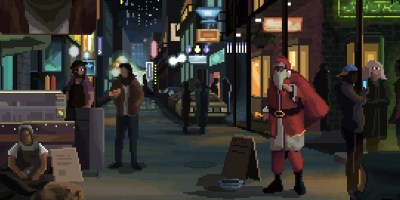 You Have to Play Norco for the Nasty Hot Dog Story 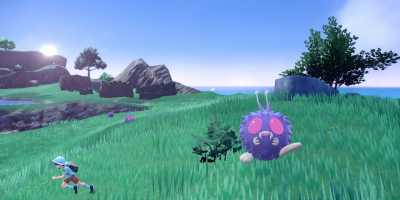 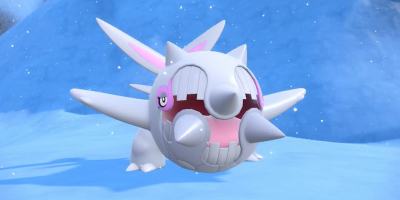