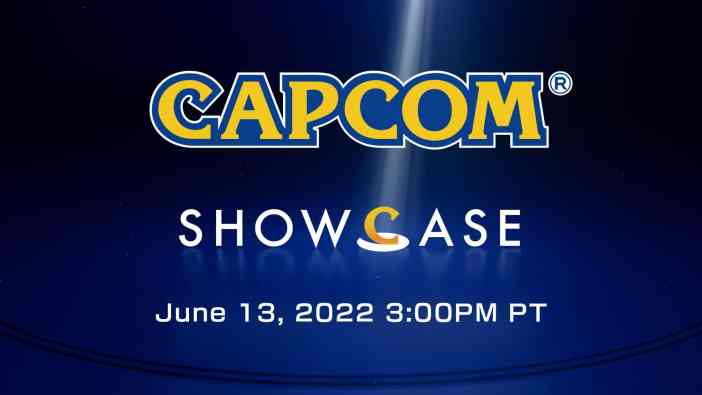 Capcom has announced a Capcom Showcase digital event for June 13, 2022 at 6:00 p.m. ET / 3:00 p.m. PT on YouTube and Twitch. The event will deliver about 35 minutes of “news and in-depth updates” on previously announced Capcom games. That means the June Capcom Showcase is likely to include Street Fighter 6, the Resident Evil 4 remake, Resident Evil Village for PSVR 2, and Monster Hunter Rise: Sunbreak. Who knows? Maybe we’ll finally hear something about Pragmata as well.

Introducing the #CapcomShowcase, a new livestreamed digital event bringing you the latest #Capcom game information. Tune in on June 13, 3pm PT for around 35 minutes of news and in-depth updates on previously announced Capcom titles.https://t.co/fcLu2YjbYs pic.twitter.com/XHZu7iKJzz

Monster Hunter Rise: Sunbreak launches on June 30 as the massive DLC expansion to Monster Hunter Rise, which is available on Nintendo Switch and PC via Steam. The expansion was originally announced back in September 2021, and Capcom has been providing steady updates on it for a while now. However, Street Fighter 6, the Resident Evil 4 remake, and Resident Evil Village on PSVR 2 all received their first real look at the recent PlayStation State of Play.

Street Fighter 6 is notably adding a single-player 3D adventure story mode, along with the option for simplified controls to help newcomers. Meanwhile, the Resident Evil 4 remake is exactly what it sounds like, and it will modernize the controls and reimagine some aspects of the story when it arrives next March. Lastly, Resident Evil Village will become a full VR experience through PSVR 2, just like Resident Evil 7 before it with the original PSVR.

These are the major announced Capcom games we know about, but we can comfortably count on more games being announced before the end of the year. Notably, it is all but guaranteed one or more Mega Man projects will be announced this year. And personally, that’s what I’m most stoked for.