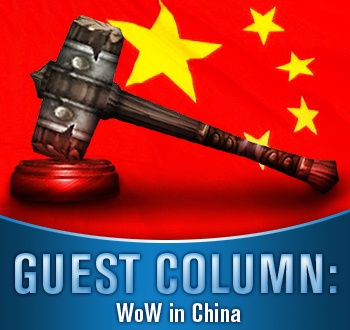 While China continues to be a growing market for most US-based industries – including games – the very nature of the Chinese regulatory process and perhaps the nature of the government itself, make the Asian nation an increasingly challenging place to do business, as the world’s largest publisher of videogames, Activision-Blizzard, has discovered.

Activision Blizzard (Nasdaq: ATVI) recently tested China’s murky world of game regulation when it announced a switch in operators for its World of Warcraft franchise from The9 (Nasdaq: NCTY) to NetEase.com (Nasdaq: NTES). Although the original license expired on June 6, 2009, due to the nascent stage of China’s game regulatory environment and perennial uncertainties regarding the use of governmental discretion, no one could say for sure whether the authorities would allow Activision Blizzard to change from one operator to another.

What is clear is that Activision Blizzard cannot operate World of Warcraft in China by itself. Regulations issued by China’s Ministry of Culture and the Catalogue for the Guidance of Foreign Investment Industries both prohibit foreign companies from operating online games within the country. Foreign games are also subject to content review by the Ministry of Culture and publishing approval by the General Administration of Press and Publication (GAPP). But is yet another government approval required to switch local partners?

On April 24, 2009, just eight days after Activision Blizzard and NetEase.com jointly announced the new World of Warcraft license, the Ministry of Culture declared that their approval is indeed required. One month later, GAPP declared that they too must sign off on the change.

Never mind that World of Warcraft content was approved by the Ministry of Culture four years ago and GAPP approved publication of the game in 2005, these brand new rules say that switching game operators requires yet another content review and a new publishing permit, which means another round of review and another delay in re-launching the game.

But wait, it gets worse.

Kou Xiaowei, director of the technology and digital publishing bureau at GAPP explained on January 16, 2008, that if any disputes arise between a Chinese and foreign game company, GAPP will suspend the approval process for all games from the foreign company until the disputes are settled to the satisfaction of the Chinese company. Naturally, The9 sued Activision Blizzard four times. As of July 15, 2009, three of the four cases had been dismissed by the courts of Shanghai on jurisdictional grounds and the fourth suit, for breach of contract, is likely to face similar challenges since the original license requires disputes to be resolved through arbitration in Singapore.

To further complicate matters, Activision Blizzard and NetEase.com entered into a joint venture to support the operation of World of Warcraft along with three other games and the Battle.net platform. In July, an official from GAPP stated that they are investigating this joint venture, presumably to determine if the new entity is violating China’s ban on foreign-invested game operators.

Adding a further wrinkle, The9 is listed on Nasdaq, seemingly indicating it’s foreign-invested and thus prohibited from operating games in China, according to regulations. Which is indeed the case.

The9, NetEase.com and seven other companies with game operations in China are actually foreign entities incorporated in places like the Cayman Islands and listed on U.S. stock exchanges. And yes, under current regulations they are not permitted to operate online games in China. So, what gives? 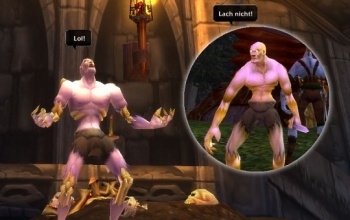 These foreign companies don’t operate games in China directly, but rather control variable interest entities through contractual arrangements and those controlled entities operate the games. So why can’t companies like Activision Blizzard do the same thing? You won’t find the rule written down anywhere, but industry insiders can tell you the answer: because they’re not Chinese.

All of this smells like protectionism, which is not very nice given America’s $268 billion annual trade deficit with China. But Beijing did join the World Trade Organization eight years ago, and the country did make market access and national treatment commitments. Doesn’t the WTO offer some protection to foreign game companies in China?

The answer may very well be yes.

On August 12, 2009, a WTO panel made public its decision in a dispute between the U.S. and China regarding market access for audiovisual entertainment products, including movies and music. According to the ruling, the regulations that prohibit any foreign-invested entity from distributing digital music violates China’s WTO obligations. Because the very same regulations also restrict foreign game companies in China, this panel decision may open China’s online game operation market to foreign competition.

What does all of this mean for Activision Blizzard? Delays, which means massive loss of revenue.

World of Warcraft ceased operations in China on June 6, 2009. Based on data from The9’s 2008 annual report, World of Warcraft China revenue last year was $660,000 per day, approximately $145,000 of which went to Activision Blizzard. The deal with NetEase.com is presumably more favorable to the game makers, and thus with 68 zero revenue days and counting, Activision Blizzard is out at least $9.9 million. Although this isn’t a disaster for a company with over $3 billion in revenue last year, it certainly isn’t a victory either.

More worrying is whether those revenue numbers will ever return. Guo Chenggang, a games analyst at JLM Pacific Epoch said, “Our surveys show that just under 70% of World of Warcraft users will continue to play when the game returns.” But an online poll taken by NetEase.com competitor Tencent suggested that only 35% of players would return.

The good news is that in late July, both the Ministry of Culture and GAPP completed their content review and permitted NetEase.com to begin closed beta tests for World of Warcraft at the end of the month. Perhaps in light of the recent WTO decision, the Activision Blizzard- NetEase.com joint venture will also be permitted.