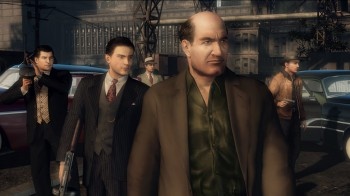 China has imposed a ban on online games that feature “mafia-like gangs” and says that anyone who operates, publishes or links to them will wind up sleepin’ wit’ da fishes.

China’s Ministry of Culture put the ban in place because the games “advocate obscenity, gambling, or violence” and “undermine morality and Chinese traditional culture,” both in violation of internet administration regulations. “These games encourage people to deceive, loot and kill, and glorify gangster life,” a notice posted on the Ministry website on Monday read. “They are a bad influence on youngsters.”

Games that were being blocked as a result include Godfather on www.kaixin.com, Jianghu (“Gangster Community”) on www.mop.com, and Guhuozai (“Young and Dangerous Guys”) on www.xiaonei.com. A columnist in the Procuratorial Daily wrote that gangster-theme games could easily lead to real-life crime, but some gamers nonetheless reacted with anger at the decision.

But Chinese companies are unlikely to try their luck on this one: The Ministry has ordered law enforcement agencies to monitor gaming sites closely and has promised to “harshly punish” anyone caught running the games.