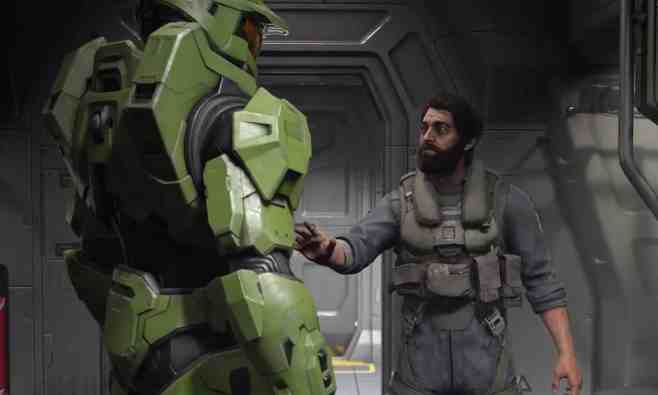 Halo Infinite’s presence during the July Xbox 20/20 presentation will include a first look at its campaign, 343 Industries has confirmed.

Developer 343 Industries said in a recent blog post that we’ll get our first real look at the campaign come July 23. Microsoft has held its next-gen first-party cards close to its chest so far, but it has been made clear the presentation happening later this month will give us a proper look at what the publisher has in store for its next-generation console.

We’ve known for some time that we’ll be seeing Halo Infinite during the July Xbox 20/20 event, though today’s announcement provides a little more insight. The Halo-centered post served up more details, too, with 343 promising to bring universal updates to Halo: The Master Chief Collection on PC when Halo 3 launches next week on July 14. Additionally, the Microsoft studio provided scheduling updates for the Halo Esports scene and Halo 5: Guardians.

Halo Infinite was first revealed at E3 2018 and has received periodic updates since, with the last official trailer coming during Microsoft’s E3 2019 presentation with the Discover Hope trailer. Though we have seen less positive updates with the departure of both Halo Infinite’s lead producer and creative director, a recent teaser spells an interesting future with the return of the Banished, a faction first introduced in Halo Wars 2.

Halo Infinite is set to launch sometime this year for PC, Xbox One, and Xbox Series X. We’ll learn more about the project later this month, but until then, you can check out why The Escapist’s Marty Sliva thinks it’s crucial for Microsoft and 343 to succeed with the upcoming reveal.