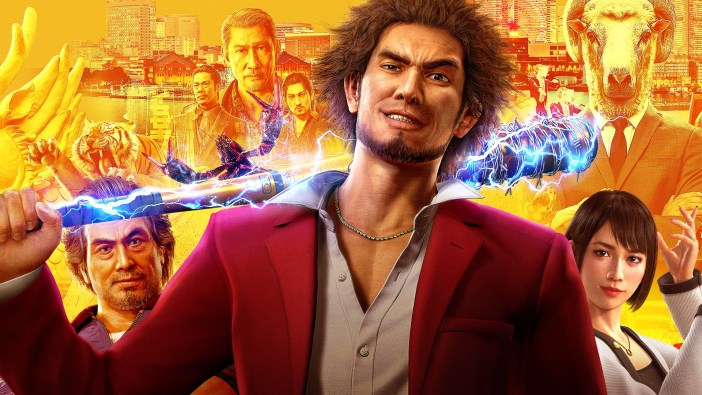 PS Plus Must-Plays for December 2022

The Yakuza series has only recently caught on in the West. When the main storyline ended with Yakuza 6: The Song of Life in 2016, Ryu Ga Gotoku Studio took the opportunity to reboot the franchise with a new story, a new hero, and an entirely new gameplay style for the next game.

While the earlier Yakuza games were 3D brawlers, the new Yakuza: Like a Dragon installment is a turn-based JRPG heavily inspired by the classic Dragon Quest games. Instead of battling cute slimes in a fantasy kingdom, protagonist (and Dragon Quest superfan) Ichiban Kasuga battles street punks, drunk businessmen, and, yes, Yakuza thugs, along with a colorful party of heroes.

The Yakuza games are weird, wonderful, and full of excellent writing with lots of heart. If you’ve been interested in the series, this is the best way to jump in (especially since the game has a recently announced sequel coming, titled Like a Dragon 8).

Joining Like a Dragon on PlayStation Plus is the other Yakuza spinoff, Judgment, which also tells a standalone story but keeps the series-trademark brawling action, and Yakuza 6 is on PS Plus too, if you want to jump into the deep end.

If JRPGs aren’t your thing, try Pillars of Eternity 2: Deadfire, one of the best of the new wave of games created in the image of the classic Baldur’s Gate series. Newcomers to the franchise might be lost in the first hour, but Deadfire quickly asserts itself as its own experience.

This is a story of omnipotent gods manipulating mortals in their petty struggles. It is set in a fantasy version of the Age of Piracy in a beautifully realized world inspired by Polynesian culture and mythology. Deadfire has all the polish and sharp writing you expect from Obsidian, makers of The Outer Worlds and this year’s Pentiment (also excellent, but an Xbox and PC exclusive).

One of the best PS4 games, Middle-earth: Shadow of Mordor, arrives on the service this month, along with its sequel, Middle-earth: Shadow of War. Both are famous for the Nemesis System, where named Orcs occupy a bad-guy hierarchy of power that you can strategically disrupt at your leisure, knocking off enemies as you choose — and even helping weaker Orcs rise up the ranks so you can take them out with ease later. These Orcs remember your battles, so if you let one get away, he’ll have a scar and painful memories of your last encounter. But if you die to one of them, they’ll taunt you with their past victory. It’s a very cool system that has never been successfully copied.

While Shadow of War is bigger, flashier, and more modern, we prefer the original game’s simplicity.

Made by solo developer Matthias Linda, Chained Echoes is a love letter to the true classic JRPGs like Chrono Trigger and Final Fantasy VI — with a little Xenogears tossed in there for the real fans. While throwbacks to the classics are a dime a dozen, what sets Chained Echoes apart is how snappy everything is: not just the gameplay but the writing and dialogue. Matthias proves adept not just at aping the masters, but creating his own work that is just as good as our memories of the best games ever made.

Tired of games that only look like heavy metal albums? Metal: Hellsinger fuses rhythm game mechanics to a gory, high-velocity arena shooter. It’s Doom meets Guitar Hero — what else do you want?

That does it for all the must-plays on PlayStation Plus and Xbox Game Pass in December 2022!