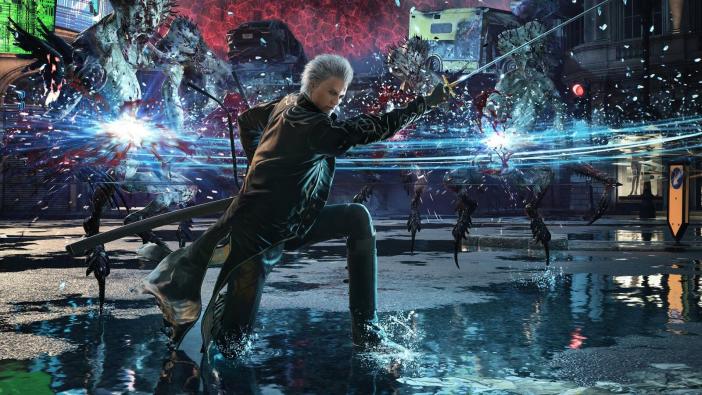 PS Plus Must-Plays for January 2023

Effectively a successor to Valve’s famous Left 4 Dead series, Back 4 Blood aims to deliver hard-hitting zombie co-op action, with a twist. This first-person shooter borrows many familiar ideas from Left 4 Dead but also includes a deck-building system that offers even more variation with each play session. These decks give characters various abilities, which significantly change the way you play. You’ll need to survive against hordes of infected, while making your way through varied stages with friends or AI bots. It’s a ton of fun, especially if you long for more Left 4 Dead, which has been ignored by Valve for years now.

Arguably the best game in the series, Devil May Cry 5 delivers wild, fast-paced action that plays with scale in smart ways. It features three playable characters, Dante, Nero, and V, each with their own unique abilities and play styles. Speaking of which, style is the name of the game in Devil May Cry 5, as you’ll not only need to take out deadly enemies, but you’ll need to look cool doing it.

Serving as one of the best JRPGs ever made, Persona 4 Golden is a revamped version of the beloved PS2 game from 2008. In it, you follow the story of a group of high school students who are tasked with investigating a mystery. It features social elements, as well as dungeon-crawling aspects, with Pokémon-like battles within.

Monster Hunter Rise is an excellent entry in the series, as it streamlines many of the pesky mechanics that push newcomers away. It still offers heavy-hitting action, with deep progression and crafting systems, but with slightly easier-to-understand systems that most players will likely appreciate.

That does it for all the must-plays on PS Plus and Xbox Game Pass in January 2023!