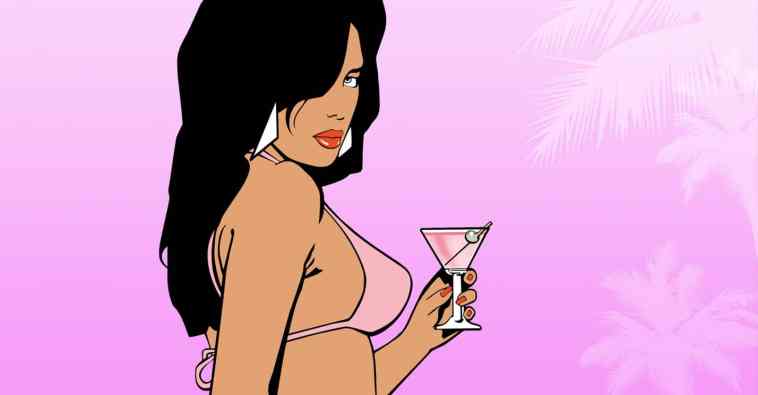 Grand Theft Auto VI (GTA 6) is in development at Rockstar Games, and it’s tentatively projected to launch by March 2024. It may miss that launch window though, for the most unlikely and positive of reasons: Rockstar has reportedly stomped out crunch and reformed its work environment to be much more considerate of the developers. Word of a reformed Rockstar comes from a report by Jason Schreier at Bloomberg, who further stated that GTA 6 will star a pair of “Bonnie and Clyde”-style protagonists, including a playable Latina.

GTA 6 will take place in a “fictional version of Miami and its surrounding areas,” which sure sounds like Vice City, and it will include more interior areas than any previous GTA game. However, whenever it finally launches, it may have a different tone than previous games for a few reasons. Firstly, former creative director Dan Houser left the company in 2019. Second, Rockstar is now more sensitive about social issues and not wanting to “punch down” with jokes; Rockstar reportedly quietly removed a planned mode called “Cops ‘n’ Crooks” in the wake of the murder of George Floyd. And third, GTA is supposed to satirize all aspects of America, but America is already doing a fine job of satirizing itself right now.

Rockstar Games has reportedly improved its operations almost across the board: keeping overtime low, promising overtime during the final stretch of GTA 6 will not be “excessive,” removing managers viewed as abusive, and hiring more producers to manage schedules. Apparently, having more producers has created some bottlenecks, and in general, the rate of GTA 6 development has slowed down at Rockstar owing to the significantly improved work-life balance it provides its employees. These are obviously acceptable tradeoffs though.

Rockstar has also reduced the scope of GTA 6 in general to accommodate the slower rate of development, with plans to add “new missions and cities on a regular basis” in future updates. The game was originally planned to include sweeping regions of both North and South America, but now it will just begin with the aforementioned Miami-ish area.

So, in a nutshell, GTA 6 has two protagonists, including a Latina, it will have a Vice City-sounding environment to start, and it could launch later than expected because Rockstar Games has started treating its employees so much more humanely. This is a nice, bizarre way to start today’s news.