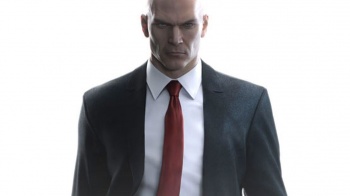 Square Enix and IO Interactive have revealed that Hitman is now going to be “fully episodic.”

In a press release today, Square Enix and IO Interactive announced that the upcoming Hitman, still slated for a March 11 release, will be released as a “fully episodic AAA game experience.” This news follows confusion yesterday where pre-orders were being abruptly cancelled.

“A change to the release structure, sees Hitman become a truly episodic AAA game experience, with a major live component,” a press release reads. “Where players will perform contract hits on powerful, high-profile targets in exotic locations around the world.”

According to Hannes Seifert, Head of Studio at IO Interactive, the decision was made “to ensure every location we release is at the quality level fitting for a Hitman game,” and to create a game that will “expand and evolve over time.”

“We decided to take the full leap and publish Hitman as a truly episodic game experience,” Seifert said. “Part of that decision is for that little bit of extra time to ensure every location we release is at the quality level fitting for a Hitman game. But the main driving reason is that this will allow us to create a living game that will expand and evolve over time and establish a foundation for the future – this is the first game in a storyline which will continue and expand with future Hitman games.”

According to the press release, a Prologue Mission and Paris location will release on March 11, with an Italy setting scheduled for April, and a Morocco location coming in May. After that, there will be “regular monthly updates,” including the addition of Thailand, the US, and Japan, with “additional planned content” between the monthly updates. The first episode will cost $15, with each following episode costing $10 each – or you can purchase the whole game for $60.