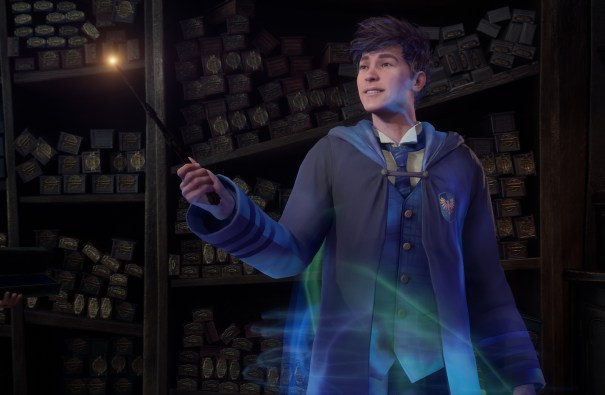 While the Wizarding World of Harry Potter has a number of fantastical beasts, creatures, and beings, one rarity (unless you’ve recently ingested one of the Weasley twins’ Puking Pastilles) is to see someone who is green or blue. But this hasn’t stopped a glitch in Hogwarts Legacy from causing characters to turn blue and green as part of a character bug, leading players to wonder how to fix it.

Those who have dealt with the bug are more predominantly playing on an Xbox platform, though other systems have, albeit rarely, encountered this similar glitch. And after so much careful character construction and the threat of ruining the immersion, players encountering this bug need to know how to fix it — so here’s the answer.

As mentioned above, if you are experiencing this bug in Hogwarts Legacy, you will start to notice characters in the game who have a greenish or blue tint, and on top of that, the remainder of the world will swap to gray. To fix this glitch, you will first need to go into Settings.

In Settings, click on the Accessibility Options and search for the bar that permits High Contrast Gameplay. While typically this setting should be set to the default option, the glitch will occasionally turn on the contrast automatically. If you turn the High Contrast to off, this should immediately fix the green and blue color bug, returning characters to their normal colors and ending the gray contrast in the rest of the game.

There have been reports from some players that, in addition to turning off High Contrast mode, they also had to restart the game for the setting to be fully swapped back. If you are experiencing this glitch, it doesn’t hurt to go ahead and do a system reset for good measures just to ensure the bug doesn’t return and properly resets. If you continue to have issues with the bug, it’s also possible to contact the Hogwarts Legacy support team for further questions and needs.

That’s all there is to know about how you fix the blue and green color character bug in Hogwarts Legacy. If you’re looking for other tips like how to raise pets in Hogwarts Legacy, how to connect your Wizarding World account to the game, or how to visit Azkaban in your playthrough, we’re here to help. 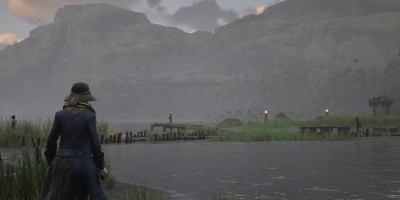 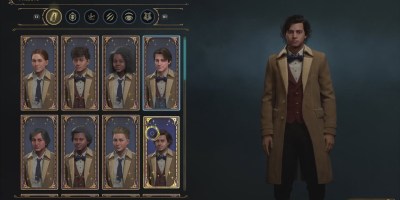