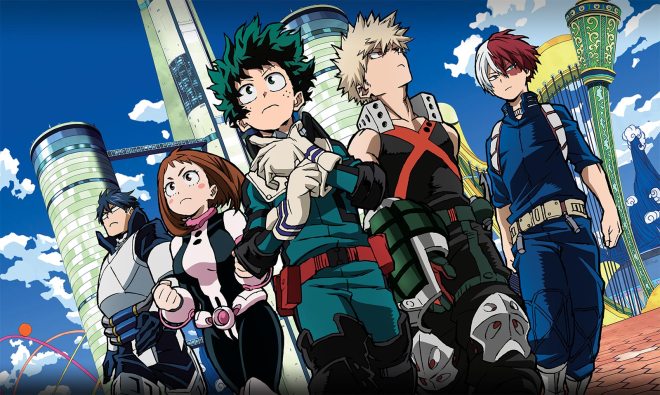 Legendary Entertainment is producing a live-action My Hero Academia movie for Netflix, directed and executive produced by Shinsuke Sato and written by Joby Harold. This is the English-language directorial debut of Sato, who has directed numerous Japanese films, including Death Note: Light Up the New World and the live-action Bleach. Meanwhile, Joby Harold wrote Obi-Wan Kenobi for Disney+, a series that garnered a mixed reception for its writing, and he also wrote one version of Zack Snyder’s Army of the Dead.

There aren’t any real story details for this live-action Netflix My Hero Academia movie, except that it will adapt the premise of the original manga. Eighty percent of people in the world have developed a power called a “quirk,” and epic shenanigans ensue, especially for seemingly powerless protagonist Deku, who dreams of becoming a great hero.

Netflix has a hit-or-miss record with live-action anime adaptations, with an emphasis on miss with properties like the canceled Cowboy Bebop and the live-action English Death Note. But Netflix is the little engine that could in this regard, chugging right along with more adaptations. Chiefly, the Stranger Things creators are working on a new, separate live-action Death Note Netflix series. A live-action adaptation of One Piece also has some utterly magnificent sets, which is no indication of the writing or acting quality but at least shows they have their hearts in the right place. And, oh yeah, live-action Yu Yu Hakusho is still happening as well.

It’s probably best to keep expectations in check for a live-action My Hero Academia movie from Netflix — especially one written by the Obi-Wan Kenobi guy — but there are no projections for release date or casting yet. The film will receive a theatrical release in Japan from Toho though.