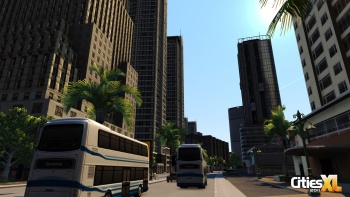 Focus Home Interactive CEO Cedric Lagarrigue says retail sales of PC games in the U.S. and U.K. have become “impossible” for small publishers because the market has shifted so sharply toward consoles.

Focus Home Interactive, for those who don’t know – and let’s be honest, that’s all of us – is a PC-focused French publisher of small-budget “niche” games. Its most popular franchises include Pro Cycling Manger, Virtual Skipper and Cities XL, so it’s not exactly an industry heavyweight but it does cater to very specific markets that don’t have a lot of options when it comes to their particular flavor of fun. But the dire situation for PC games in the U.S. and U.K. is making it increasingly difficult for publishers like Focus Home to reach its audience.

“It was impossible for us to secure a strong place at retail because of difficulties with distributors and the extremely unfavorable conditions of the PC market,” Lagarrigue told MCV. “It has become very difficult to sell a good PC title [in the U.K.].”

But while the retail market is being squeezed, potential salvation for some small players may have already arrived in the form of digital distribution. “If people can’t find a product they want in stores, they will buy online,” he continued. “It is the same in the U.S., where PC does not have the place at retail that it had before. It was no surprise when NPD announced in September digital sales had exceeded that of boxed product for the first time.”

Lagarrigue also noted that while digital sales are going gangbusters in North America, the situation is different in countries like France and Germany, where the PC game market is still a big player and digital makes up only 15 percent of total sales.