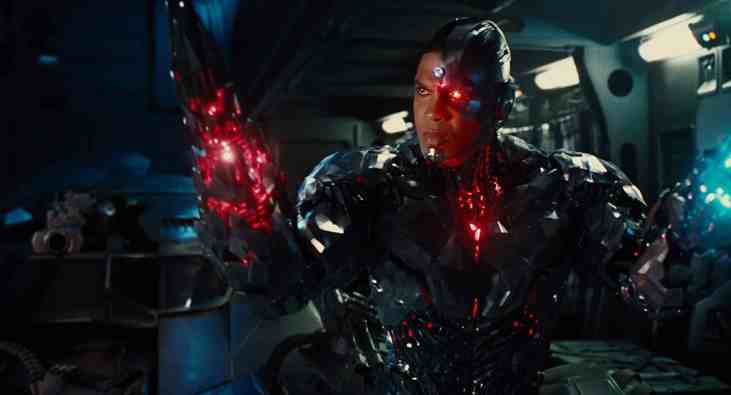 Ray Fisher’s time in the DC Films universe is over, but it also might signal the end of Cyborg as well. Last week the actor basically resigned from the role after attacking DC Films President Walter Hamada over WarnerMedia’s inaction on accusations of abuse by Joss Whedon on the set of Justice League. Now, The Wrap is reporting that the fallout from that has begun. Cyborg, who was set to appear in the upcoming The Flash, is being written out of the film with no plans to recast the character.

Fisher has been at odds with DC Films and WarnerMedia ever since he came forward accusing director Joss Whedon, who replaced Zack Snyder on the film, of “gross, abusive, unprofessional” behavior. The actor and the company had a back-and-forth as he publicly called them out for ignoring his complaints, and the studio shot back that he wasn’t cooperating with its efforts. The issues seemed to have been put somewhat to bed, however, as Fisher was being written into future DC Films movies, the planned Cyborg film was evidently still a go, and he returned for Zack Snyder’s Justice League.

However, that all went south when WarnerMedia released a curt statement saying that its investigation had ended and remedial action was taken, without stating just what it found or what action was taken. That and an article focusing a glowing light on Hamada prompted Fisher to state that he would never work with Hamada and thus never work on a DC film.

If this turns out to be true, just what this means for the character of Cyborg isn’t clear. The Flash is introducing the idea of a multiverse to DC Films, and Cyborg’s role in it has been described as a cameo, which could make it not worth recasting and in turn meaning his removal from the film isn’t that big a deal. It could also signal that DC isn’t all that excited to move forward with the character anymore. Fisher and Cyborg hardly gained much traction in their one appearance in Justice League, and it’s possible that the studio is scrapping its plans to feature him in films anymore, despite having a glut of content flooding into theaters and HBO Max over the next few years.