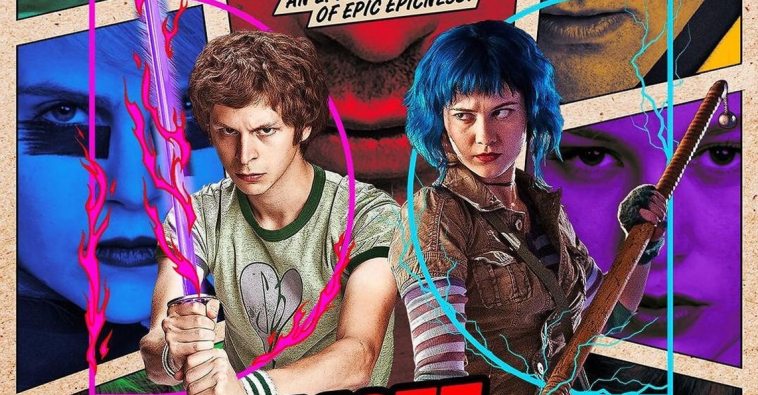 Movie theaters are starting to open back up, and they are desperate to get butts into seats as quickly as possible despite a dearth of actual films to release. But the recent success of Avatar‘s re-release in China may have shown them the way. It’s most likely with that strategy in mind that Dolby and Edgar Wright have announced that they are bringing the cult classic Scott Pilgrim vs. the World back to theaters on April 30 with a new “Dolby Cinema cut.”

Now, the mere mention of a “cut” of a film might lead everyone to believe that this is some super-secret director’s cut of the film that’s been sitting on a shelf somewhere as Edgar Wright has been desperately trying to get his original vision back onto the big screen in a weird screen size, but that would be wrong. Scott Pilgrim vs. the World is “reimagined” in Dolby Vision and Dolby Atmos for the Dolby Cinema cut, and that basically means that it’s the same beloved movie — just with better-looking pictures and sound. The film will play exclusively at Dolby theaters, meaning you’re most likely to find it at AMC where the branded theaters are located for the most part. In fact, tickets are already on sale there.

“Scott Pilgrim vs. the World was designed for the big screen and for the best sound systems,” said Wright in a statement. “To be able to see it with the best specs is obviously any filmmaker’s dream. You want people to see it as good as it could possibly be. I suspect that if you’re a fan of the movie, you’re going to get such a kick out of seeing it like this.”

Considering the fact that the star-studded film was a total flop when it landed, making only $47.7 million worldwide, and that a lot of its fan following came after its theatrical release, this could be the first chance for many folks to see the film on the big screen. The movie is rife with people who were kind of famous then but are really famous now, including Michael Cera, Chris Evans, Brie Larson, Kieran Culkin, Anna Kendrick, Alison Pill, Aubrey Plaza, Jason Schwartzman, Mae Whitman, and Brandon Routh. It’s also a total blast and definitely deserves a second round on the big screens.

Right now is a bit of renaissance for Scott Pilgrim. Not only is the film re-releasing, but the game, based on the comic,  also recently got re-released after years of being unavailable. Edgar Wright has also mentioned he’s exploring making an anime version.