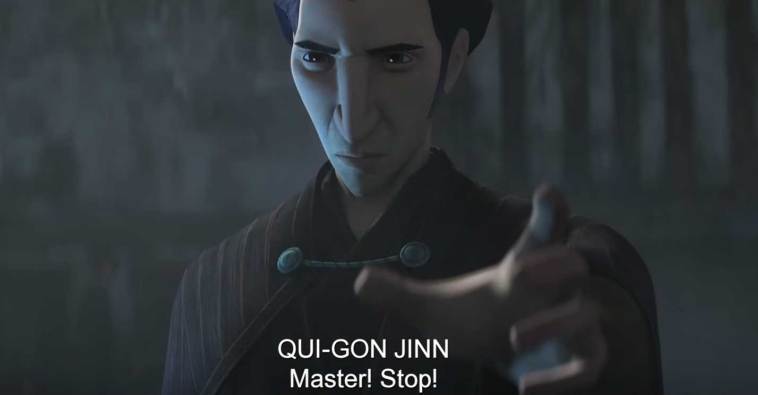 Star Wars: The Clone Wars came to an end with season 7 in 2020, but the first, official trailer for Tales of the Jedi from D23 proves that there are more stories about its characters to tell, come its release date on October 26, 2022. It is a six-part animated series, with two of them featured in this trailer. We see glimpses of a younger version of iconic characters like Ahsoka and Count Dooku, but there are also glimpses of fan favorites like Mace Windu, Qui-Gon Jinn, and Yaddle, apparently. Although it’s a lot to take in in the video’s short runtime, the trailer teases an action-packed series.

Have a better look at Tales of the Jedi in its official D23 trailer below.

Tales of the Jedi will offer a new take on Clone Wars characters, but it’s not the only time we can expect to see more from Star Wars through an animated lens. We’ve already seen the rise of the empire in The Bad Batch season 1, and season 2 is currently on the way to premiere early next year. Unlike The Bad Batch, Tales of the Jedi is an anthology series and won’t tell a linear story, but it will still fill important gaps in the Star Wars timeline. Stay tuned for more information about what stories the show plans to tell. All six stories will be available on October 26.

For other Lucasfilm news today, check out the new Andor trailer, the new Willow trailer, and the trailer for The Mandalorian season 3.