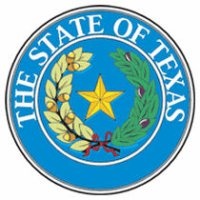 Texas Attorney General Greg Abbott is encouraging parents to use the ESRB rating system when making videogame purchases for their children.

The announcement was made in conjunction with the ESRB to launch a new public awareness campaign in supporting the use of videogame ratings. “Parents must play an active, informed role in their children’s lives, and choosing videogames is no different,” Abbott said. “ESRB ratings are an effective and informative resource that allows parents to evaluate whether videogame content is appropriate for their child.”

The ESRB has been participating in public awareness campaigns in numerous states in recent months in an effort to heighten awareness of videogames among parents. Along with Texas, the Board has also recently taken part in campaigns in Delaware, Idaho and Rhode Island.

“Just as movies and television shows employ ratings systems to inform parents, the ESRB ratings help inform parents which videogames are simply not meant for children,” Abbott said. “Working together, public officials and the industry can help provide parents with the tools they need to choose suitable videogames for their children and families.”

Attorney General Abbott has also been in the news recently for his decision to bring charges against Future U.S.-owned website GamesRadar for violations of the Children’s Online Privacy Protection Act.