Whether you’re a personal fan of the hobby or not, cosplay takes more than a bit of talent (to do well), and a whole lot of guts. Not only do you have to spend time and money trying to accurately reproduce a nonexistent article of clothing in real seams and stitches, but you also need to go to a convention with thousands of other people and wear it. That’s a special kind of devotion right there.

Two members of The Escapist staff were walking the show floor at PAX Prime 2010 last weekend in Seattle (bonus points if you can guess who!), and we had our trusty cameras on hand. We snapped plenty of pictures of plenty of cool-looking cosplayers, and thought we’d share the talent with you! These might be our favorites, but to see more, check out our gallery of pictures! 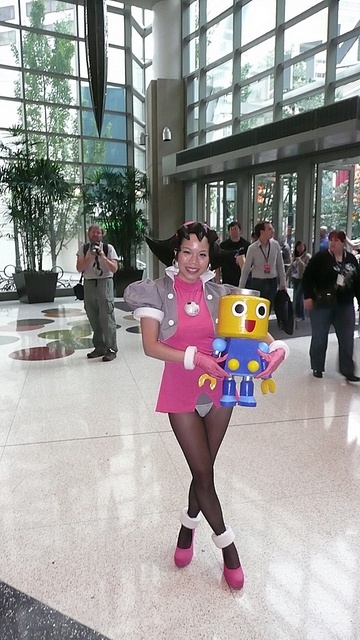 Tron Bonne might be cute, but fear the wrath of Servbot. 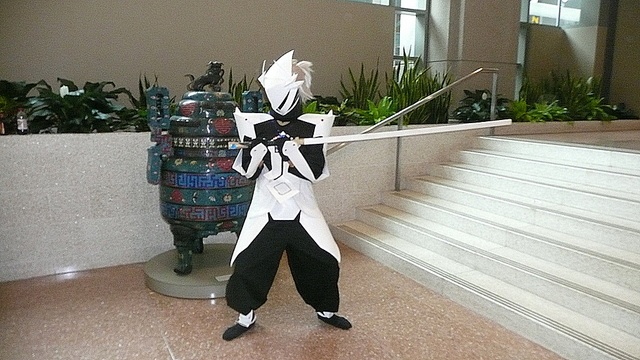 He is the white void. He is the cold steel. He is the just sword … he is BlazBlue‘s Hakumen, and I have no idea how he sees with that mask on. 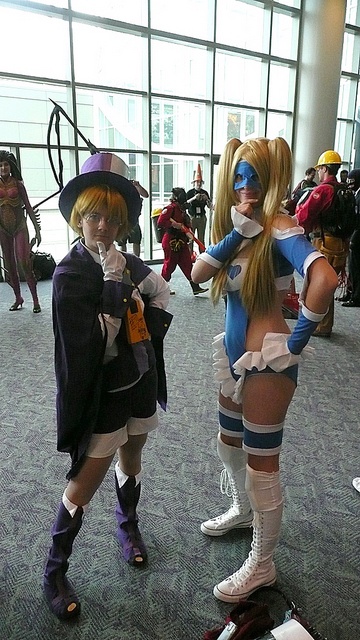 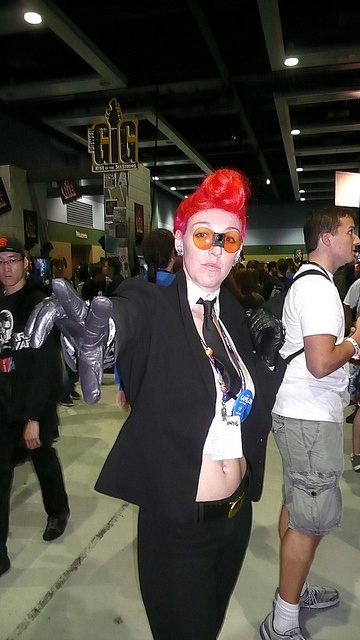 Street Fighter‘s C. Viper doesn’t fight fair – not even at the Marvel vs. Capcom 3 booth. 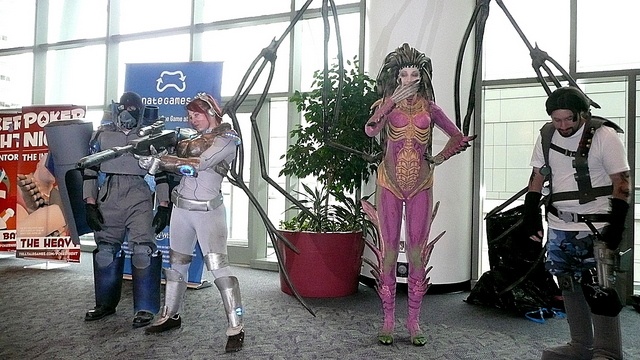 I saw these StarCraft II cosplayers set up shop for a group of photographers before walking over to the show floor. An hour later, they were still there. 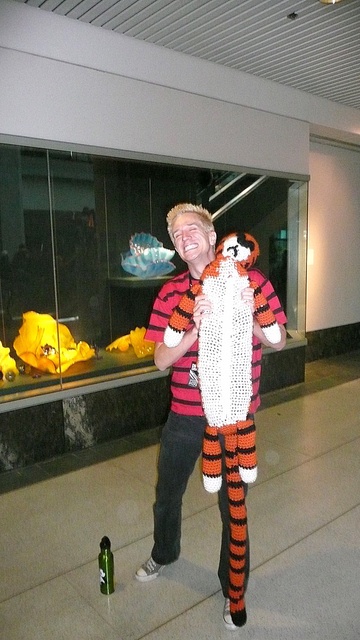 This Calvin may be physically grown up, but he’s hardly forgotten Hobbes. 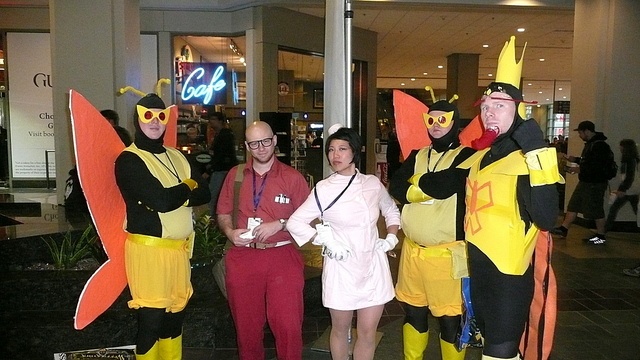 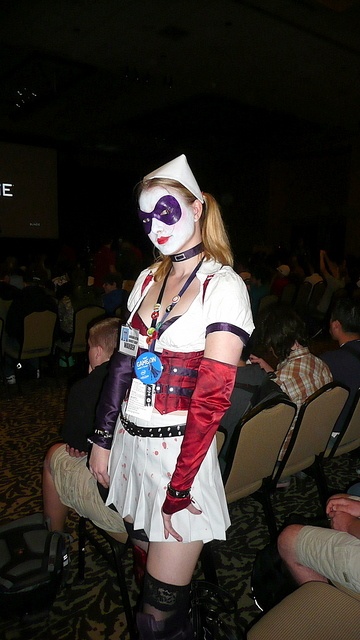 Try not to get on the bad side of Mista J, or this Arkham Asylum-styled Harley Quinn will make your day all sorts of bad, puddin’. 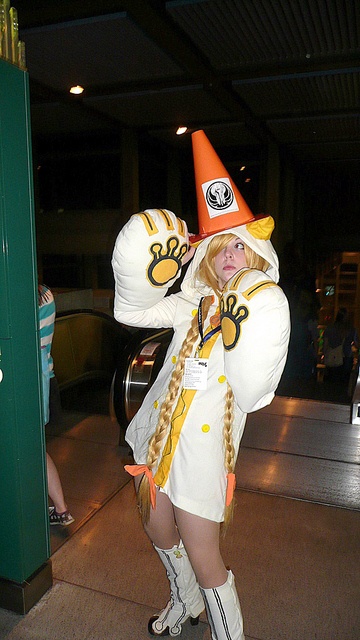 BlazBlue‘s Taokaka seems adorably confused about what that Plants vs. Zombies roadcone is doing on her head. 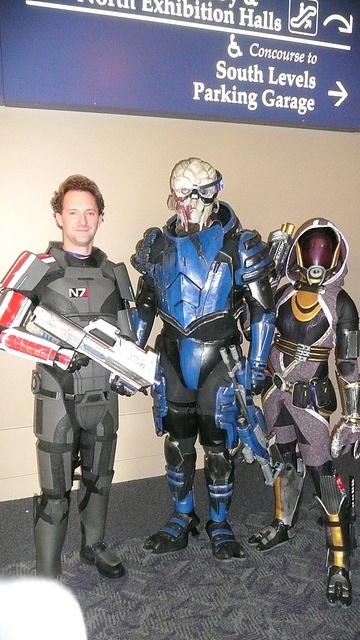 He’s Commander Shepard, and this is his favorite gaming convention on the Citadel. 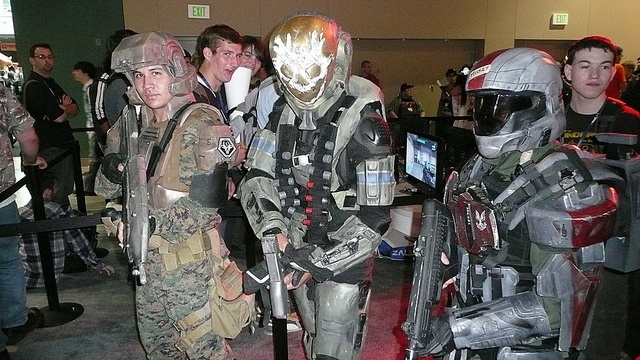 These Halo ODSTs take a break from fighting the Covenant to wait in line to fight the Locust Horde in Gears of War 3. You know, just to mix things up. 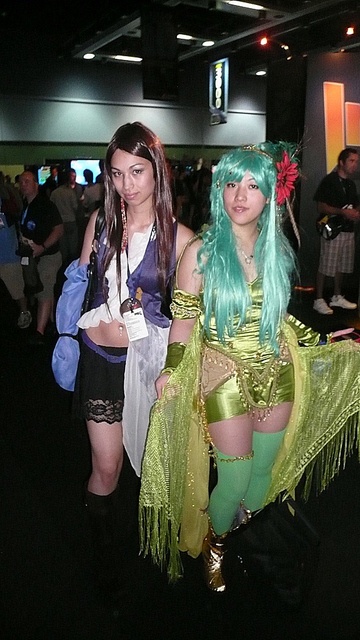 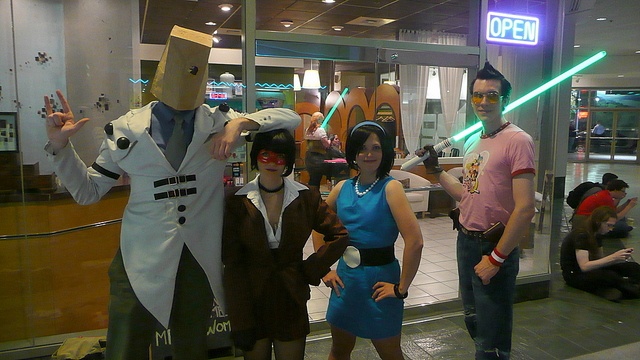 What are Guilty Gear‘s Dr. Faust, No More Heroes‘ Travis Touchdown, a female TF2 Spy and the BLU Scout’s mother doing hanging out together? I don’t have a clue, but it’s awesome. 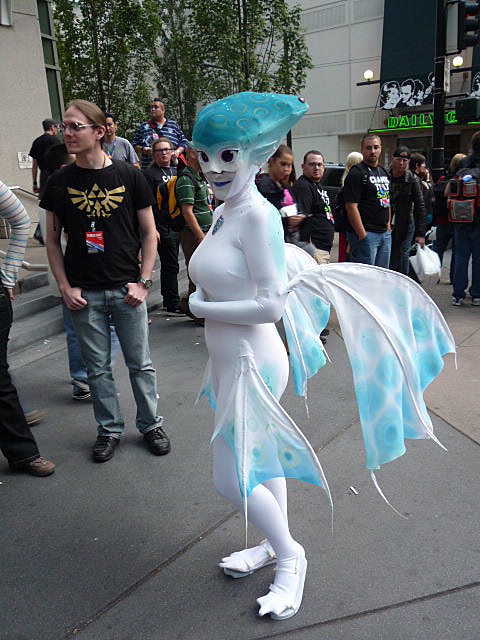 This Zora from The Legend of Zelda seemed to do just fine for a fish out of water. 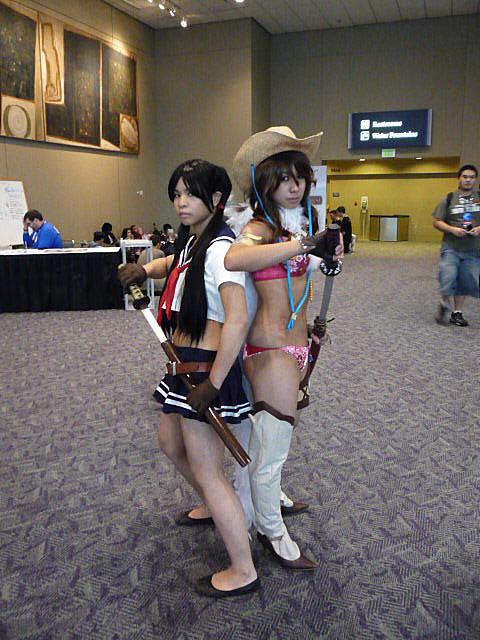 Sisterly Onechanbara heroines Aya and Saki look for some zombies to kill in bikinis. (No, the zombies aren’t the ones in the bikinis.) 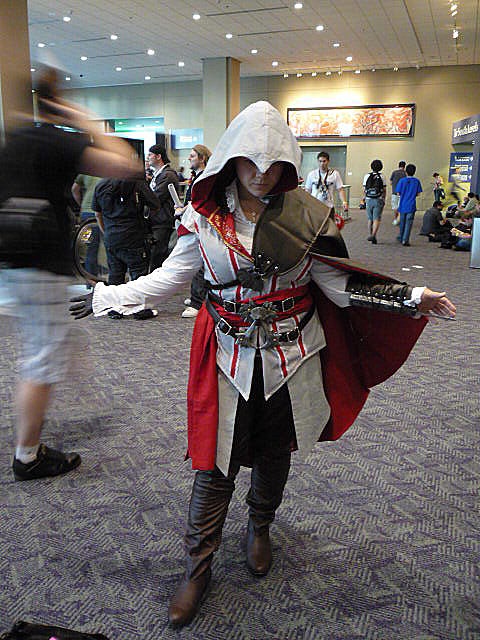 A master assassin like Ezio Auditore de Firenze can stand so still they make everyone else look like a blur. 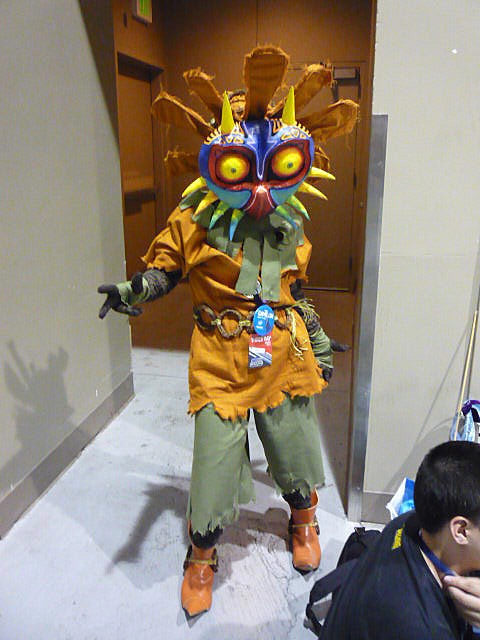 Yes, this Majora’s Mask cosplayer is kind of terrifying, but look on the bright side: At least it’s not that freaking moon. 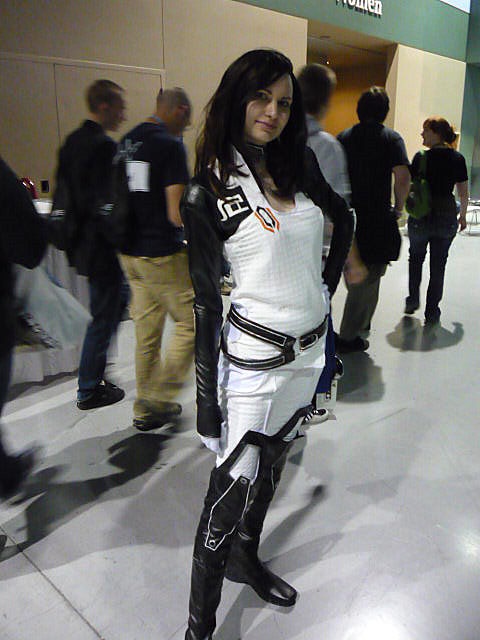 She’s Miranda Lawson, and this is her favorite gaming convention on the – crap, I think I did that joke already, didn’t I? 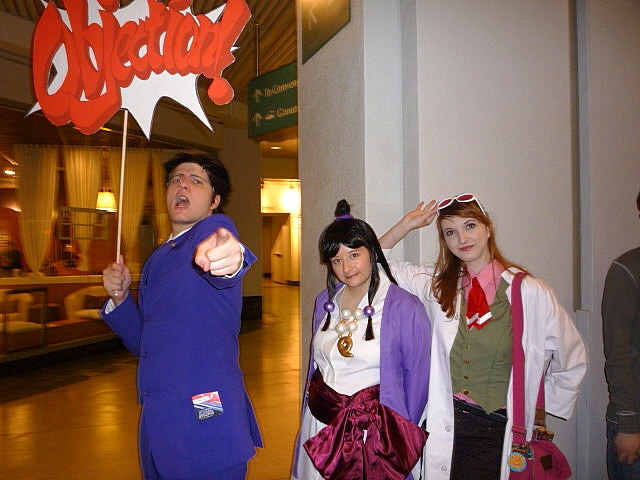 Phoenix Wright (and company) would like to object. For objection’s sake. 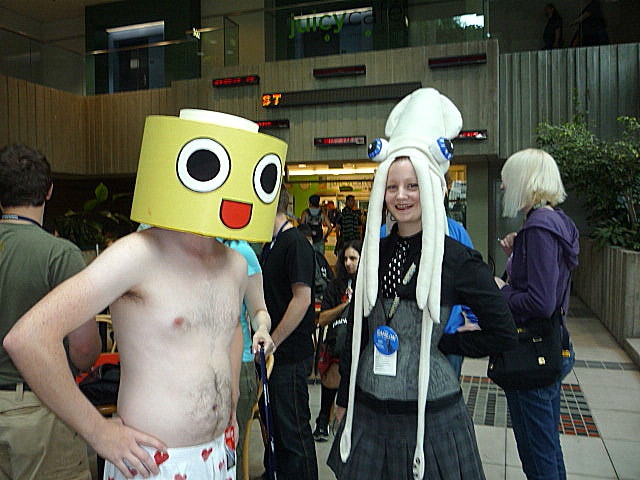 It takes courage to cosplay. It takes real courage to show up at a con in naught but your skivvies and a Servbot helmet. 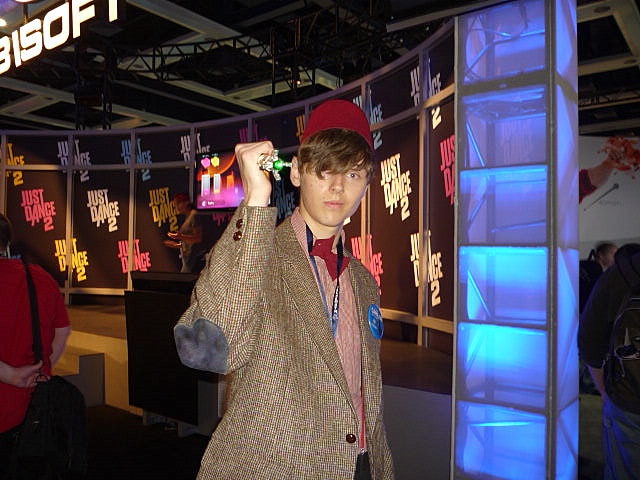 The eponymous Doctor from Doctor Who would like to remind you that bowties are cool, and if you disagree than you can kindly eat a Sonic Screwdriver. 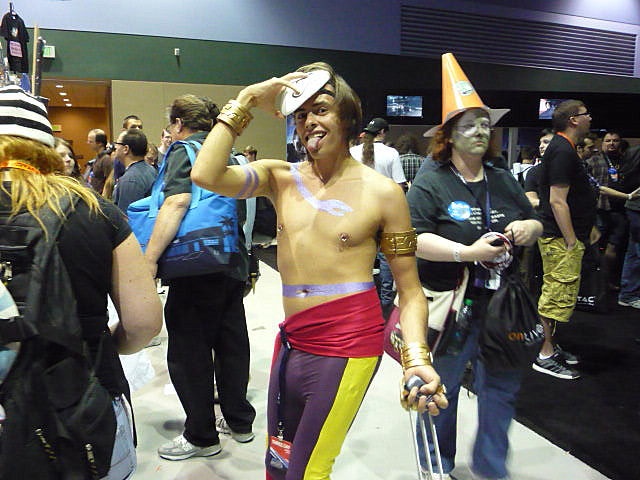 Go on, tell the crazy Street Fighter with the claw that you don’t like his piercings. Go on. Tell him. You aren’t scared, are you? 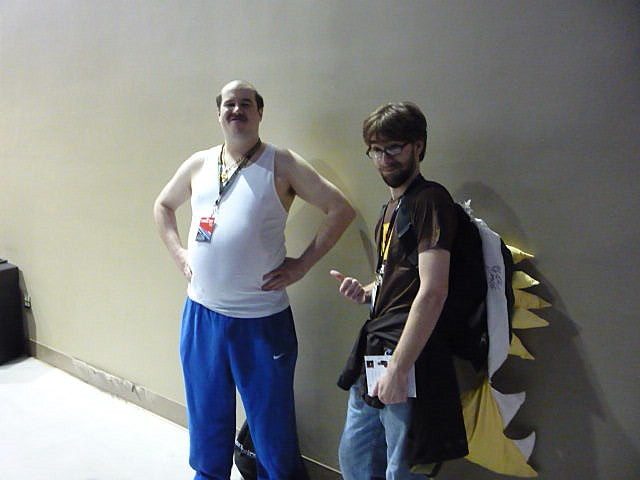 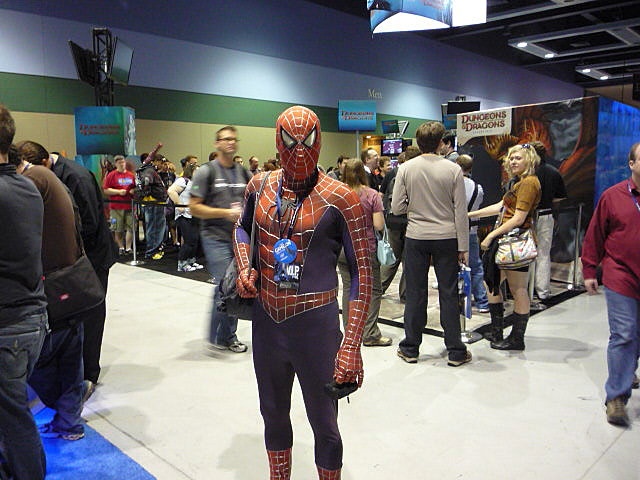 Spider-Man, Spider-Man, does whatever a spider can, provided that the spider wants to play some videogames. 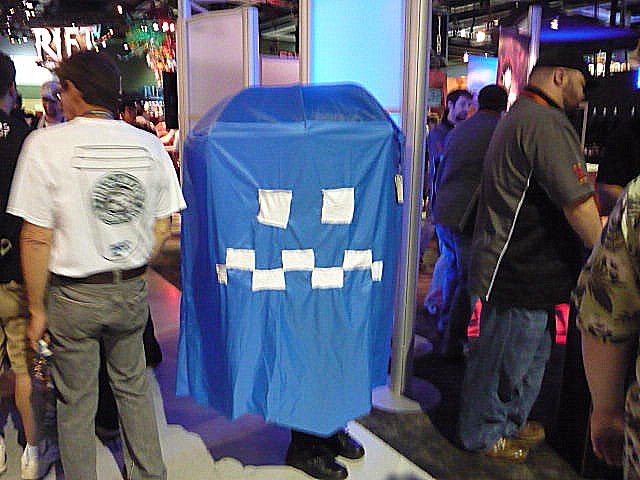