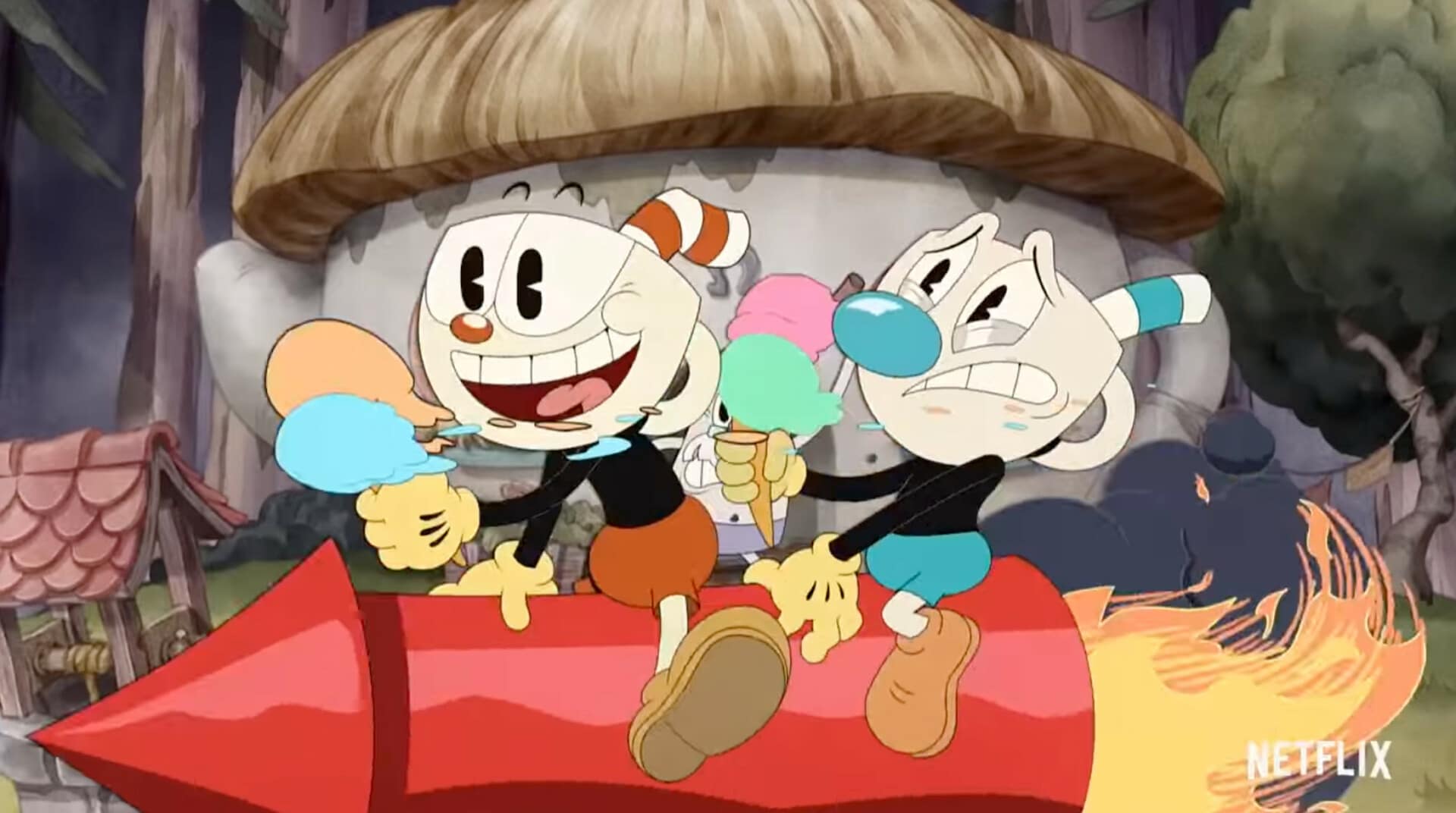 Netflix’s official trailer for The Cuphead Show! teases lots of familiar faces arriving when the animated series hits the streaming platform on its newly announced release date of February 18, 2022. Each of the show’s 12 bite-size episodes will run at 12 minutes each, featuring callbacks to stages, characters, and bosses found in the original sidescrolling platformer from Studio MDHR. And if you listen closely, it sounds like some of those classic Cuphead tunes can be heard in the show as well. If you’re looking for fun, the new trailer and release date for the The Cuphead Show! have it all for you.

The release date has been a long time coming, as The Cuphead Show! has been in the works from MDHR and Netflix since 2019. At the time, they promised original stories set in Cuphead’s dangerously chaotic universe with animation work handled by Mickey Mouse Shorts creative Dave Wasson. A colorful sneak peek arrived the following year, and in 2021, Netflix confirmed that Wayne Brady would be voicing the show’s version of the evil King Dice.

Meanwhile, Cuphead (the game) is almost wrapped up with content launches for players. Come June 30, MDHR will release the expansion Cuphead: The Delicious Last Course, which is set to bring new locations and enemies for players to tackle alongside Ms. Chalice. The Cuphead Show! and The Delicious Last Course are certainly not the last we’ll see of Cuphead and Mugman, so stay tuned for more from Studio MDHR as it plots a course for the classically animated series’s future.