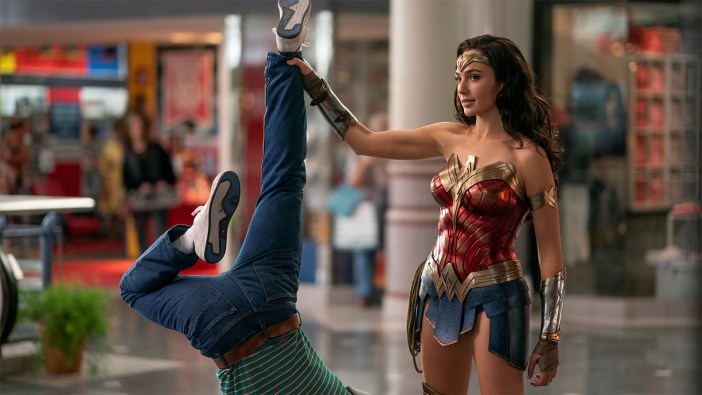 We knew big changes were coming at the newly formed DC Studios, but we didn’t expect a change this big: According to THR, Wonder Woman 3 has effectively been canceled, with journalist Borys Kit describing the movie as “not moving forward” and “considered dead in its current incarnation.” The decision comes after new DC Studios heads James Gunn and Peter Safran recently convened in Aspen, CO to shape the future of the DC Extended Universe, and Wonder Woman 3 reportedly didn’t fit with their new plans. However, it’s worth noting that these new plans are still in development themselves, and they need to be approved by Warner Bros. Discovery CEO David Zaslav.

While THR says the budget of the movie was not a concern, it is still projected that WB could save millions by not making the film, owing to the substantial paydays that director Patty Jenkins and star Gal Gadot would have earned. Reportedly no decisions have been made yet about what the next steps are for Jenkins and Gadot in the DC sphere.

It is certain that the current version of Wonder Woman 3 is canceled and dead, but beyond that, it is unknown what other extreme decisions DC Studios might make. THR reports on a few different possible paths the studio might take. One path is that DC may cancel Man of Steel 2 and also further Aquaman movies. THR also describes a sequel to Black Adam as “unlikely” following the first movie’s relatively poor box office performance, and DC may even be ticked off that Dwayne Johnson keeps claiming more Black Adam and Superman is coming.

It’s further possible that Aquaman actor Jason Momoa may cease to play that character and instead start playing satirical pseudo-anti-hero Lobo. This could occur as part of a potential total reset that wipes the movie universe clean. But Shazam! Fury of the Gods and Blue Beetle are on the way to theaters nonetheless, so it’s difficult to see how DC and WB could hit a total reset button.

Apparently, it sounds like the only DC content that is completely safe right now is the sequel to The Batman and its spinoff series. But for now, Wonder Woman fans have plenty to be bummed about, with Wonder Woman 3 being canceled.