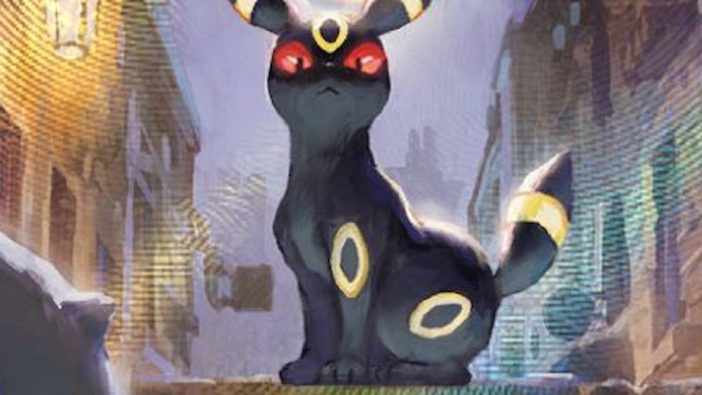 Image by The Pokémon Company

Pokémon Scarlet and Violet are the perfect place to find your favorite Dark-type Pokémon among the best. From impressive, powerful creatures like Tyranitar to unconventional ones like Murkrow — there’s something for everyone. Not only are they powerful in battle, but they can be surprisingly versatile too!

With their natural resistance to Psychic-type moves and immunity to Normal attacks, Dark types can be the perfect addition to any Pokémon team. So if you’re looking for a powerful yet unique partner, look no further than this list of the best Dark types in Pokémon Scarlet and Violet! 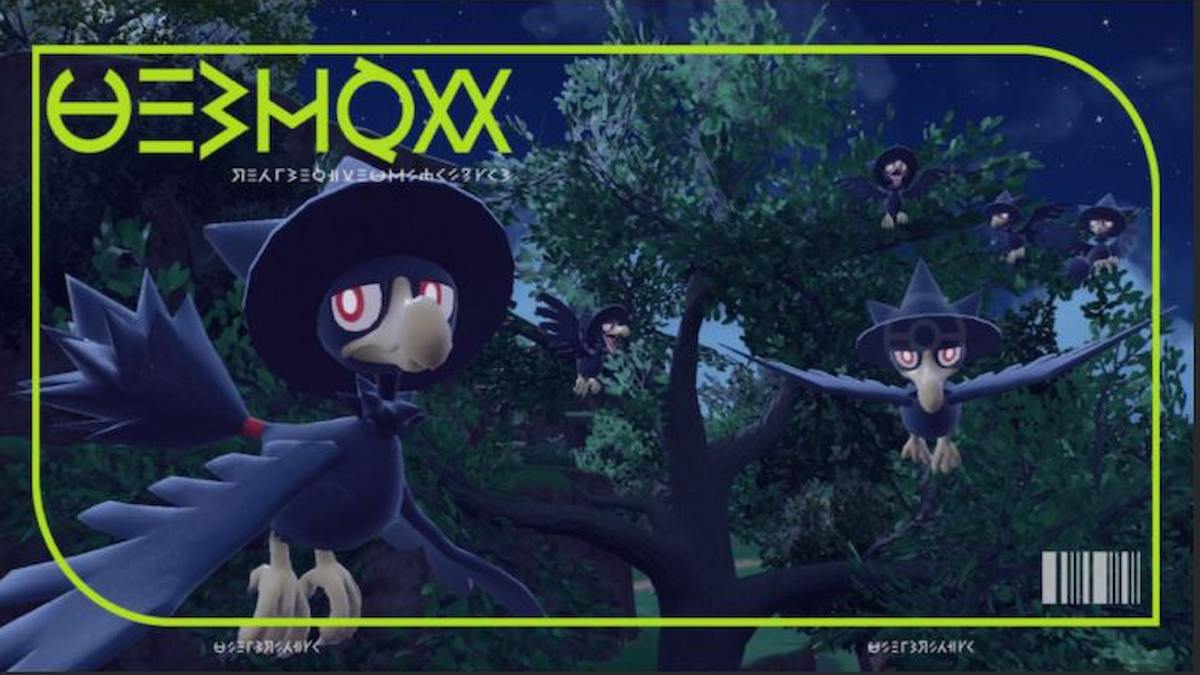 Murkrow is an elusive Dark-type Pokémon found in the game Pokémon Scarlet. It has a unique appearance, with its black feathered body and red eyes. Murkrow is known to be quite mischievous, using various tactics to steal food and shiny items from unsuspecting trainers. In addition, its wings are powerful enough to fly at high speeds, making them difficult to catch.

Murkrow has a good Attack, a Special Attack, and Speed. It has access to powerful attacks like Sky Attack and Drill Peck and can also learn power moves like Brave Bird and Hurricane. It also has moves that debuff your opponent, like Confuse Ray and Perish Song. Its unique mix of stats and strategies makes it a formidable battle opponent. Trainers who capture this elusive Pokémon will find it a valuable addition to their team. 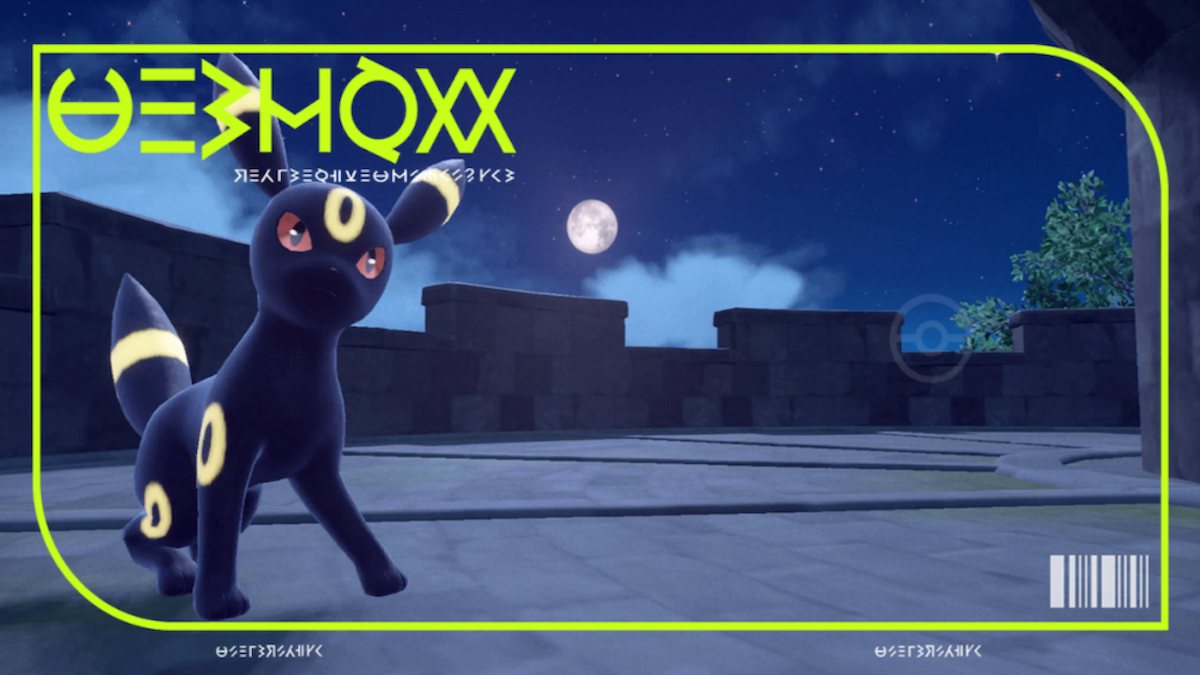 Umbreon is a nocturnal creature with a sleek black body and glowing yellow rings scattered across its fur. It also has long ears and a bushy tail that can be used to sense its surroundings in the dark.

Umbreon boasts an incredibly high Special Defense with great Defense and health. It has access to powerful defensive moves like Moonlight and Baby-Doll Eyes. It can also learn heavy-hitting moves like Giga Impact and Hyper Beam. With its combination of high stats and useful move set, Umbreon is incredibly difficult to take down. 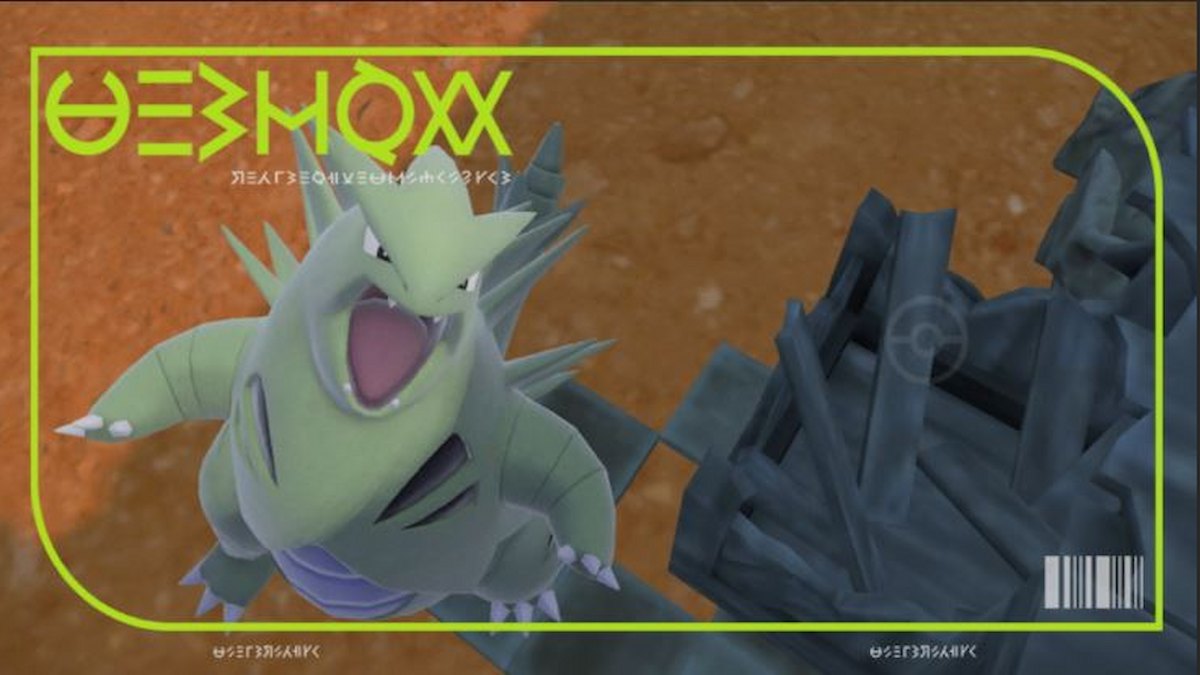 Tyranitar is a powerful and intimidating Rock/Dark type Pokémon. It has a rock-like body that gives it extra protection against attacks, while its large jaws can deliver extremely powerful moves to its foes.

Tyranitar has an incredibly high Attack with high health, Defense, and Special Defense. It also has access to various moves, such as Crunch, Earthquake, and Giga Impact. It is further capable of learning power moves like Outrage and Focus Blast. Its intimidating presence and powerful moves make it one of the most feared Pokémon. With Tyranitar as part of your team, you are almost assured victory in battle. 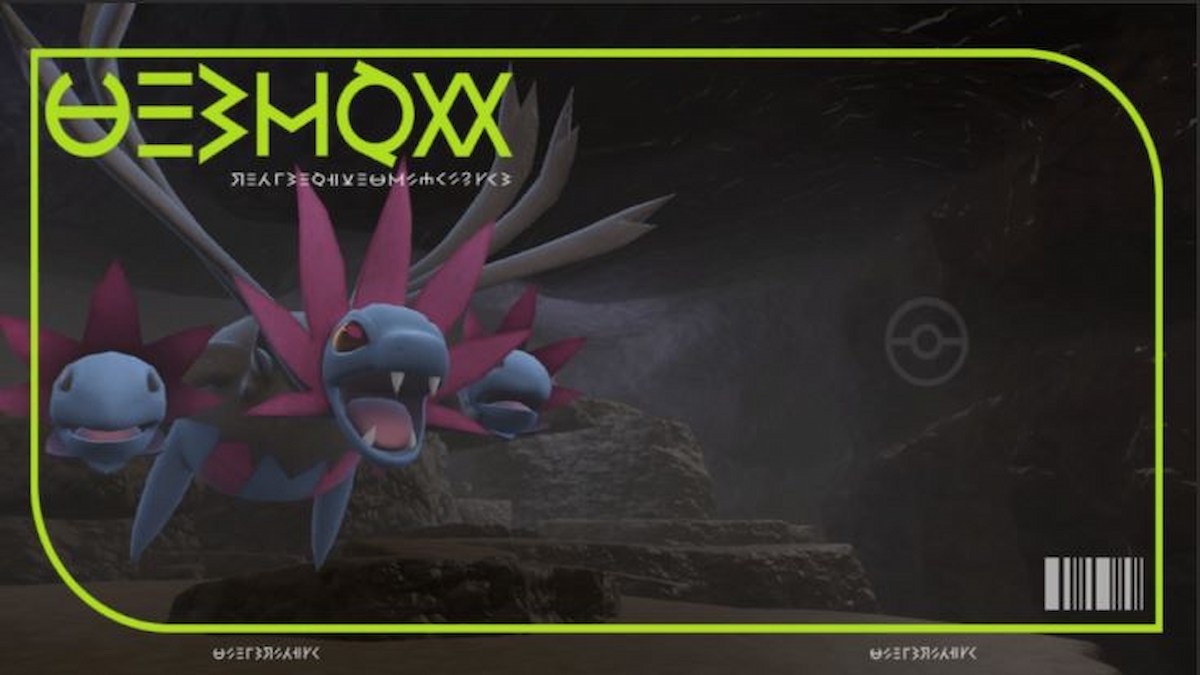 Hydreigon is a Dragon/Dark-type Pokémon with three heads and two sets of wings. It has massive black wings, a dark blue body coated in fur, and two eye-catching fuchsia stripes down its belly. But perhaps most impressive are its heads: one with exquisite fuchsia pupils and threatening teeth, the other simple yet eerily captivating.

Hydreigon has incredibly high Special Attack, high Attack, and good health, Defense, Special Defense, and Speed. It has access to strong attacks such as Hyper Voice, Dragon Rush, and Outrage. It is also capable of learning power moves like Dark Pulse, Fire Blast, and Draco Meteor. Its high Attack stat and great stats across the board makes it an excellent choice for any trainer looking for heavy damage. Chien-Pao is a catlike Dark/Ice-type Pokémon. Its body appears to be made of snow, with ice-like crystals running down its back and legs and forming claws, eyes, and whiskers. The broken ends of two ice-tipped weapons, one resembling a sword’s blade and the other its hilt, form huge fangs in its upper jaw.

Chien-Pao boasts high Attack and Speed stats, making it incredibly effective in battle. It can access attacks like Night Slash, Icicle Crash, and Throat Chop. Its high Speed and Attack make it a real force to be reckoned with. If you are looking for a Dark-type physical attacker, Chien-Pao is the Pokémon you want. 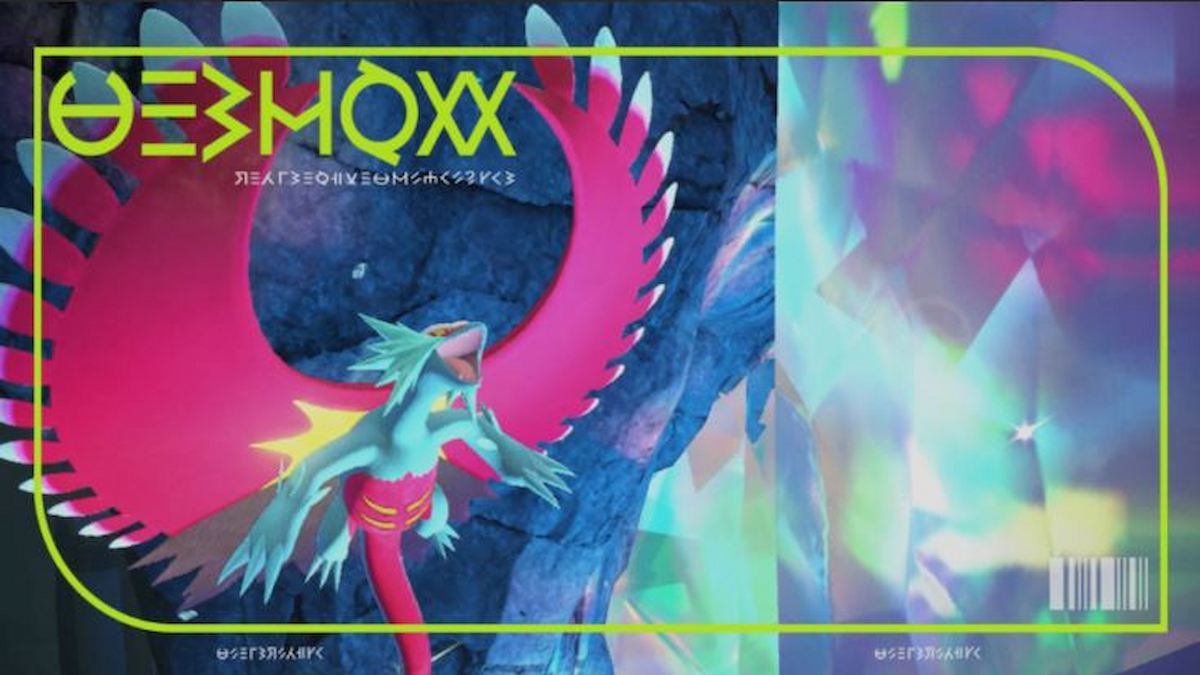 Roaring Moon is a Dragon/Dark type Pokémon with a long, tapering tail. Its main color is blue, with a red bottom and four yellow spots. Large red wings lay on its back, beginning with a three-pronged yellow pattern on both sides and curling upward into a crescent moon-like shape that reportedly gives the Pokémon its name, with blue-tipped feather-like protrusions on the tips.

It has a jagged cape-like protrusion with a dark underbelly from behind its wings. Roaring Moon has high Attack and great Speed stats. It focuses on physical attacks like Throat Chop Dragon, Claw, and Dragon Rush. It can also learn heavy-hitting attacks like Outrage and Draco Meteor, making it a real threat on the battlefield. 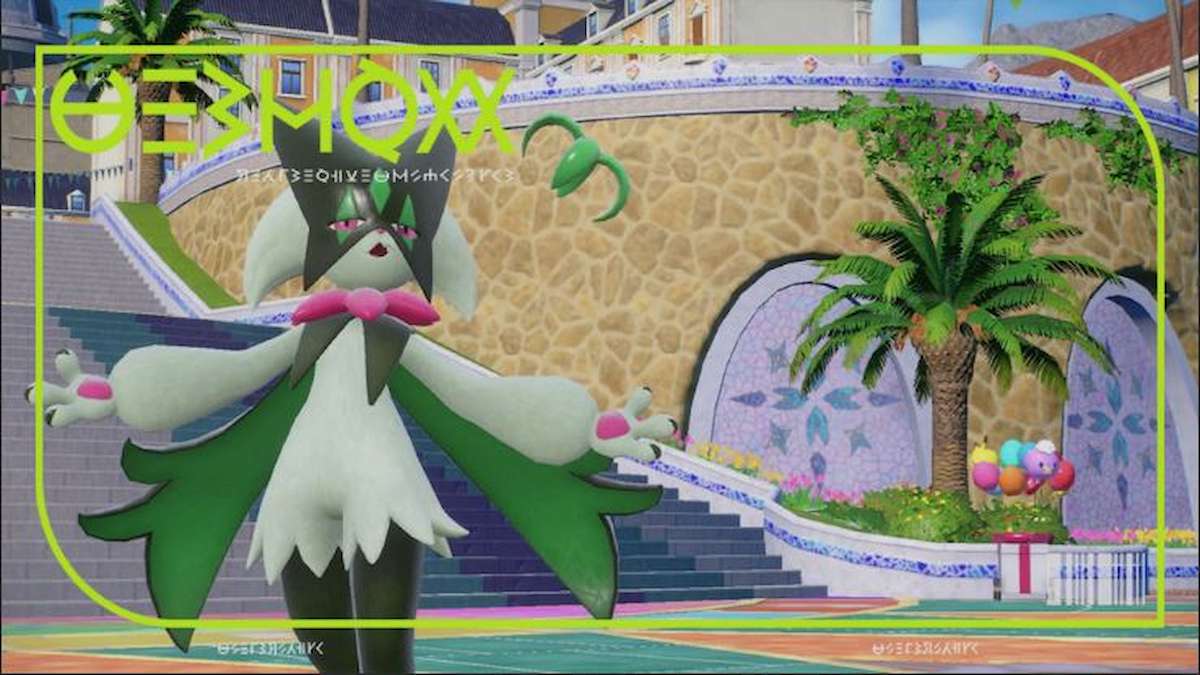 Meowscarada is a humanoid feline Grass/Dark-type Pokémon with light green fur that reaches just over its long dark green legs and a small fluffy tail. It has sluggish pink eyes and a four-pointed mask-like form on its face with a pattern of three green diamonds on it. A pink collar-like flower petal hangs around its neck, holding its cape together. The cape is lined with reflective fur, is black on the exterior and green on the inside, and splits in half towards the bottom.

Meowscarada has high Speed and great Attack stats. It can access powerful attacks like Knock Off, Play Rough, and Flower Trick. It can also learn heavy-hitting attacks like Solar Beam, Leaf Storm, and Frenzy Plant. Meowscarada’s Speed and the ability to always crit with its Flower Trick make it a must-pick for a Dark type. 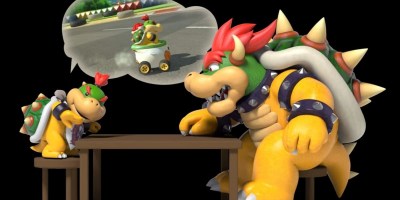