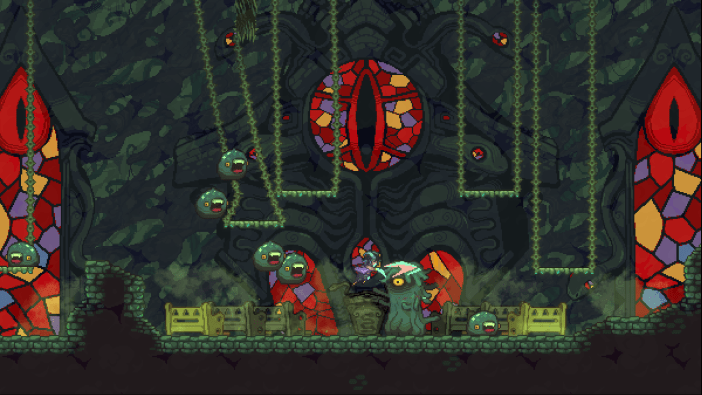 There was a pleasant indie announcement during The Game Awards 2022. The creators of Celeste, Extremely OK Games, revealed gameplay for their new IP, entitled Earthblade. The game appears to be a more traditional type of platformer than Celeste, though it is described as an “explor-action” platformer. It will launch in 2024.

In the game, you control Névoa. She is a child of Fate returning at long last to Earth. Expect attractive pixel art, difficult combat, and mysteries to uncover. Players must travel the remnants of a ruined world, encounter denizens both friend and foe, and piece together the Earth’s fractured history. A bit different than Celeste, then.

Check out the Earthblade gameplay trailer:

I have to say, I am a big fan of character portraits that are animated. Gameplay looks frantic and fun, with a good mix of combat and platforming.