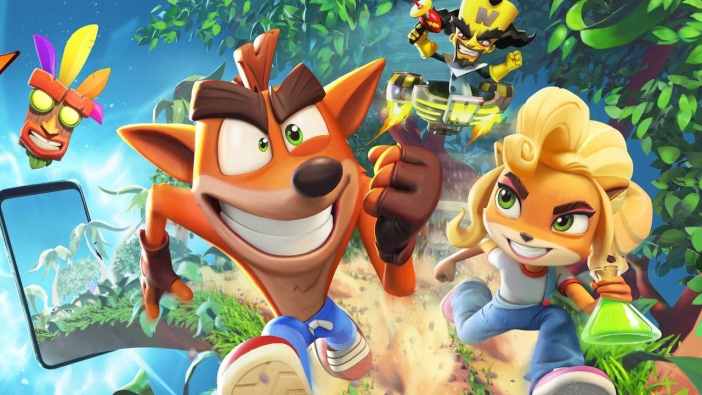 Today was filled with lots of video game news to take in, like the reveal of PlayStation 5’s game cases and more on Ghost of Tsushima‘s cinematic mode. When you’re finished reading those stories, there’s plenty more to jump into, like the announcement of a new Crash Bandicoot game for mobile, Sony’s huge investment into Epic Games, Microsoft’s stance on acquiring more studios, and more. Here’s the video game news you might have missed on July 9, 2020.

Today, it was revealed that Sony has invested a whopping $250 million into Fortnite‘s developer, Epic Games. Sony has acquired a 1.4% stake in the company and made the investment to solidify the relationship between the two, as next-generation consoles approach. It also does not mean Epic’s games will be exclusive to Sony’s platforms. Although, as you’ll recall back in May 2020, Epic showed off the Unreal Engine 5 for the first time, and the company was not shy about letting the audience know it was running on a PlayStation 5.

Sony and Epic Games could use their cozy relationship to double down on the live events found in Fortnite, like the recent We the People showing or the Travis Scott concert.

Jessie and James Have Been Added to Pokémon GO

Coinciding with the game’s four-year anniversary, you can now battle against Jessie and James in Pokémon GO. Referred to as Team GO Rocket, the two can be discovered by locating a flying Meowth balloon in the sky. Upon finding them, you’ll need to take down a Shadow Pokémon. The duo will be in the game for a limited time, so you’ll need to jump in and find them before time runs out.

Crash Bandicoot: On the Run! Announced for iOS and Android

As we approach the release of Crash Bandicoot 4: It’s About Time later this October, Activision and King have partnered to bring us a new experience called Crash Bandicoot: On the Run!. It’s an endless runner made by the studio behind Candy Crush Saga, and it’ll be out for mobile devices at some point in the future. Based on the reveal trailer, it seems to heavily resemble the gameplay you know and love from the Crash games.

Microsoft Shows “No Signal” of Slowing Down Acquiring Studios

Microsoft seems to be picking up steam as we get closer to the release of its next-generation console, Xbox Series X. To prepare for its new box, the company spent years acquiring studios to make exclusive games, like Obsidian Entertainment, Ninja Theory, and recently Double Fine. In an interview with GamesIndustry.biz, Vice President of Gaming at Microsoft Phil Spencer said the company plans to keep the momentum going.

Spencer said that “there’s been no signal at all that we should be slowing down, but just to go at a pace that is maintainable for us as a leadership team. We’re always out there talking to people. But it has to be the right opportunity.” Many of its recent acquisitions have been surprising, and perhaps we’ll see more acquisitions soon — maybe even during the upcoming Xbox Games Showcase on July 23.

Read More: How Minecraft and Mojang taught Xbox how to buy studios

80% of Capcom’s Game Sales Are Digital

This news comes by way of a recent annual shareholders meeting, in which the company stated it wants to eventually grow that number to 90%, which doesn’t seem so far off now. With the release of the upcoming PlayStation 5 Digital Edition, digital sales will likely be bolstered even further.