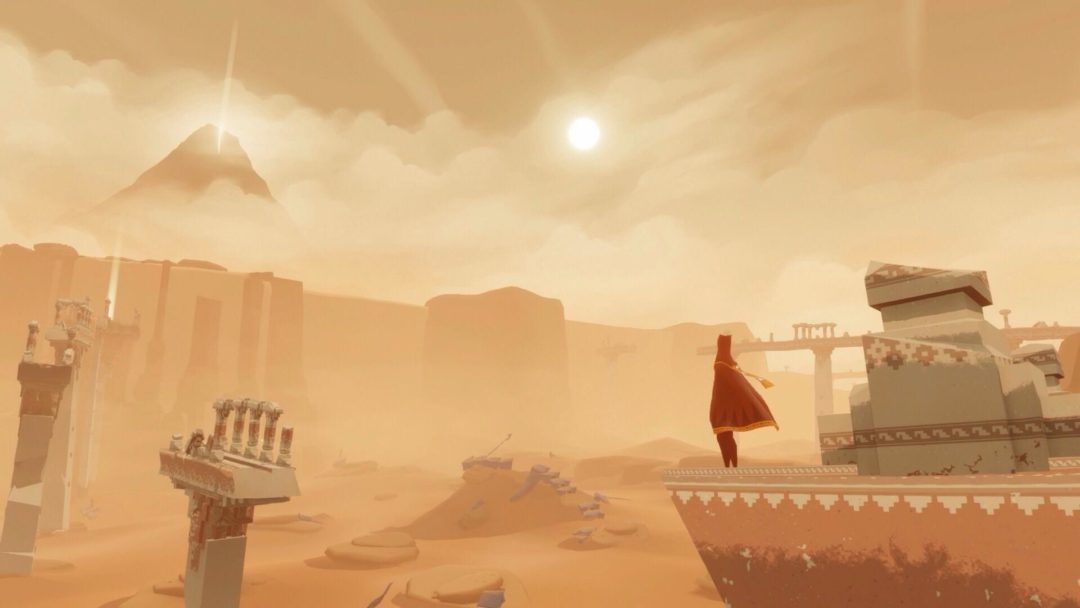 Journey, the 2012 indie sensation by thatgamecompany, is now available on iPad and iPhone.

The announcement was made by both thatgamecompany and publisher Annapurna Interactive on Twitter. Journey was originally released in 2012 for the PlayStation 3, as part of a three-game exclusivity deal between thatgamecompany and Sony. Since that deal was fulfilled, thatgamecompany appears to have recovered some publishing rights to some of its back catalogue. A Journey release on non-Sony consoles might even be a possibility, though the odds are a bit longer on that.

The critically-acclaimed Journey is now available for iPad and iPhone: https://t.co/yJEx9yF3DO pic.twitter.com/2GYEg9fJ6s

It remains to be seen how Journey‘s unusual multiplayer, which enables two randomly paired players to play together anonymously and without communication, will function on the mobile platform. There has also been no announcement yet regarding an Android release.

In 2017, thatgamecompany ported Flower, their project prior to Journey, to iOS with Annapurna Interactive as well. It then released on PC this year. The company’s games are very gradually finding new homes.

Last month, thatgamecompany released Sky: Children of the Light on iPad and iPhone. Sky is billed as a “social adventure” game with a release on Android, macOS, tvOS, PC, and consoles coming at some point in the future. The consoles in question have yet to be specified.