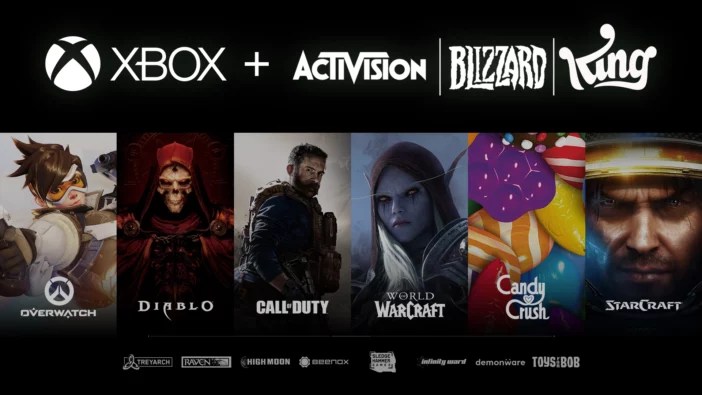 Microsoft has quickly become the Disney of the gaming industry. Microsoft announced today that it has acquired Activision Blizzard, one of the gaming industry’s biggest companies with some of its strongest IPs, for the Xbox brand. When the deal closes, Microsoft will have $68.7 billion to acquire the company, and it will become the third-largest gaming company in the world behind Tencent and Sony. It will also give Microsoft control of games like Warcraft, Diablo, Overwatch, Call of Duty, and Candy Crush.

“Gaming is the most dynamic and exciting category in entertainment across all platforms today and will play a key role in the development of metaverse platforms,” said Satya Nadella, chairman and CEO, Microsoft. “We’re investing deeply in world-class content, community and the cloud to usher in a new era of gaming that puts players and creators first and makes gaming safe, inclusive and accessible to all.”

The effects of this should be felt pretty immediately. When Microsoft acquired Bethesda, games quickly moved to Xbox Game Pass and exclusives are coming down the pipeline. It will be much the same this time around with Microsoft promising Activision games coming to Xbox Game Pass and stating that the “acquisition will accelerate the growth in Microsoft’s gaming business across mobile, PC, console and cloud and will provide building blocks for the metaverse.” Yeah, they said metaverse. There’s also a focus on mobile gaming, with the two companies working to bring their franchises to that arena.

While the sale might make the future of Activision Blizzard (and Xbox) look better, it definitely is a bit chilling for the industry itself. Much like the film industry, the consolidation of ownership of the most powerful IPs means that the production of our cultural touchpoints is quickly coming under the control of singular entities.