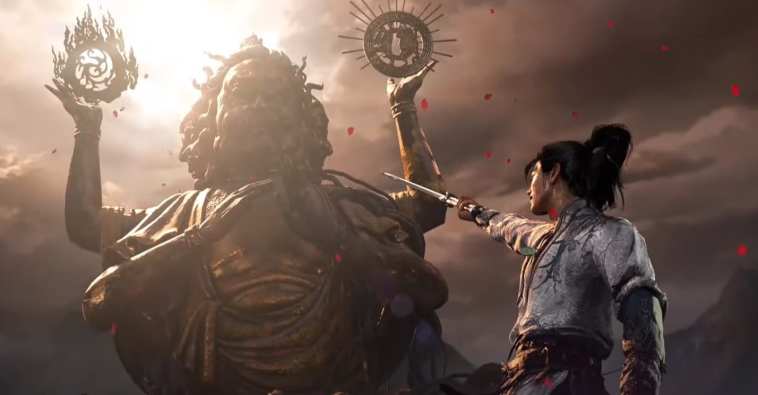 At Gamescom Opening Night Live (ONL) 2022, developer Everstone Games shared a breathtaking announcement trailer for open-world action adventure role-playing game Where Winds Meet. Per IGN, the game is headed to PC and set during the Ten Kingdoms period of medieval China, at the end of the Southern Tang Dynasty. You will be able to pick a side in the war, but you will also apparently be able to pursue professions like doctor, merchant, or just aimless wanderer. There will be plenty of fighting though, with the ability to mix and match sword fighting, Wuxia-style martial arts, Tai chi, and magic.

Both in its action and gameplay, Where Winds Meet seems to draw parallels with the likes of Assassin’s Creed and Ghost of Tsushima. There are beautiful sweeping environments of all kinds to explore, along with horseback riding, climbing, wall-running, and what looks like a potentially colossal boss battle. You can check out the Where Winds Meet game trailer below from Everstone.

For more Gamescom announcements, check out dark fantasy sequel The Lords of the Fallen, open-world survival MMO Dune: Awakening, digital miniatures game Moonbreaker from the Subnautica developer, the release date and preorder details of of Sonic Frontiers, the reveal trailer for New Tales from the Borderlands, the reveal trailer for Dead Island 2, and (for some reason) Killer Klowns from Outer Space: The Game.