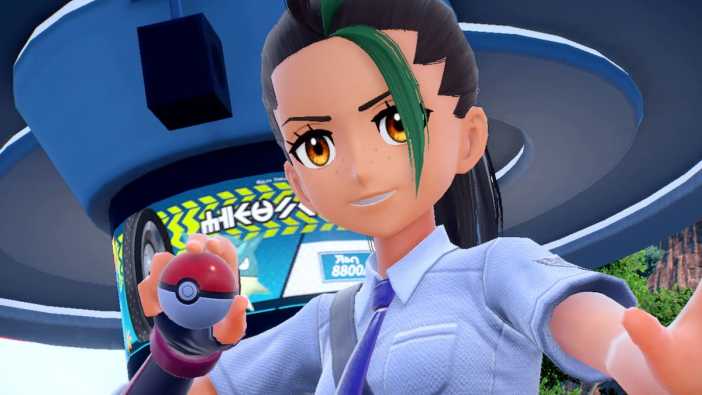 Grass-types are one of the three choices of starter Pokémon when you boot up a new game of Pokémon Scarlet and Violet. They are strong against Pokémon types such as Water, Ground, and Rock. If you’re trying to add a versatile Pokémon to your team, we gathered the best Grass-type Pokémon in Scarlet and Violet. 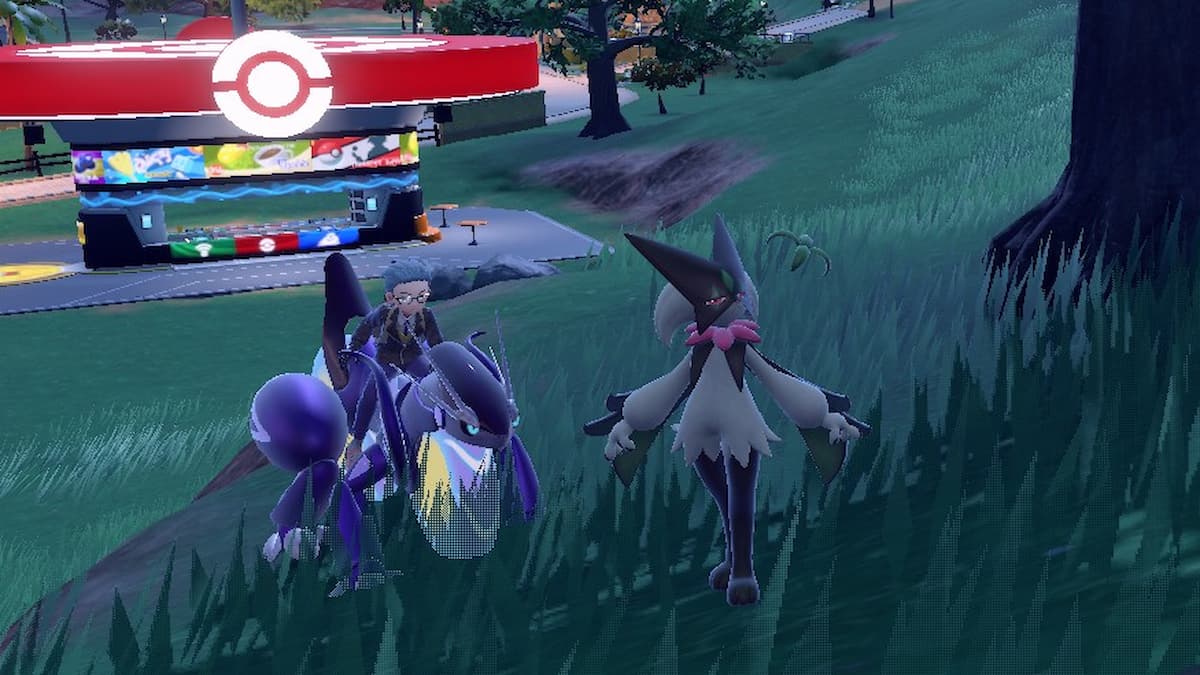 One of the most powerful Grass-type Pokémon is at your hands at the very beginning of the game. If you picked Sprigatito as your starter, you will eventually have the fastest Grass-type Pokémon in the Scarlet and Violet. Meowscarada is a Grass/Dark-type Pokémon that is fast and has powerful attacks, like Night Slash and Leaf Storm, to match its speed. Best of all is Meowscarada’s signature move, Flower Trick, which always hits as a critical, increasing damage by 1.5x, and ignoring an enemy’s defense boosts.

Meowscarada comes with the standard Grass starter ability Overgrow, which increases Grass-type move damage when hurt. More interestingly, Meowscarada’s hidden ability is Protean, which changes your Pokémon’s type to match the type of the move you first use in battle. Protean can be a very strong ability in the hands of a cunning trainer. Just be careful of powerful Fighting Pokémon, as Meowscarada’s Dark-typing makes it weak to them. 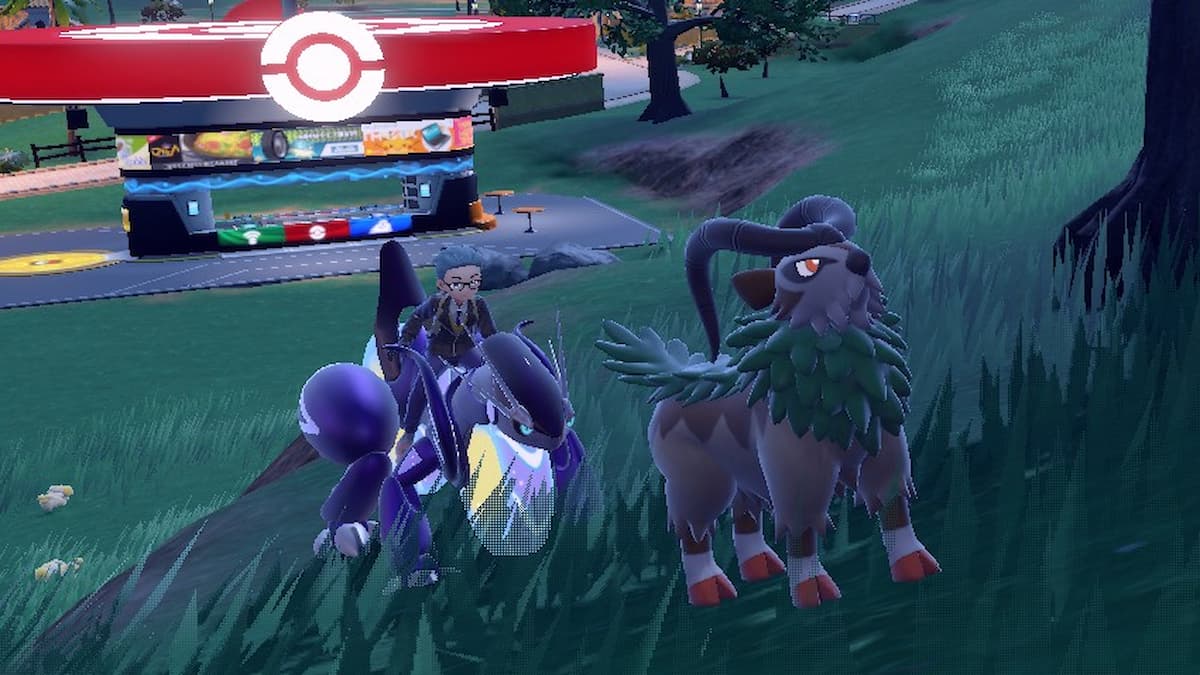 Not only does Gogoat have a GOAT design, but it also is one of the most powerful non-legendary grass Pokémon. Gogoat evolves from Skiddo, starting at level 32, and both it and Skiddo are commonly found all over Paldea. If you’re facing another Grass-type Pokémon, switch to Gogoat, since its ability Sap Sipper can absorb Grass-type attacks while boosting its own Attack, making it an excellent counter to same-type matchups.

Gogoat has decently high and equal Attack and Special Attack, allowing it to hit hard with either physical or Special attacks depending on your needs. Its high HP stat allows Gogoat to tank hits and, coupled with recovery moves like Leech Seed and Horn Leech, Gogoat can have a lot of staying power. 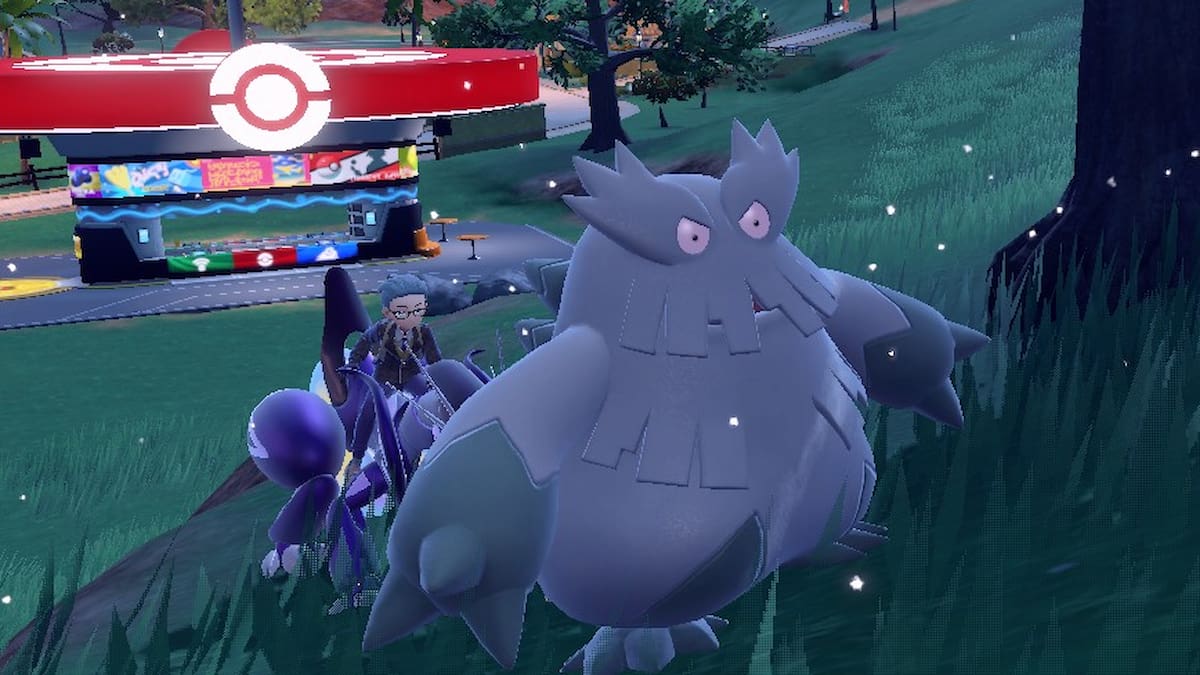 Abomasnow is an Ice/Grass-type Pokémon that covers a wide range of weaknesses from your enemy team. Abomasnow evolves from Snover starting at level 40, and is found commonly in the snowy mountainous regions north of the Great Crater of Paldea. Abomasnow has decently high balanced stats, letting it hit and resist attacks equally well. Abomasnow learns a number of powerful Grass and Ice moves, like Blizzard and Wood Hammer, as well as some great coverage moves, like Earthquake, Focus Blast, and Rock Slide.

Abomasnow’s ability Snow Warning allows it to set up Snow — a type of weather that boosts the Defense of Ice-types by 50%. Under Snow, Abomasnow’s Blizzard will always have perfect accuracy, making this powerful move truly devastating. Abomasnow unfortunately has a lot of type weaknesses, including a 4x weakness to the common Fire-type. 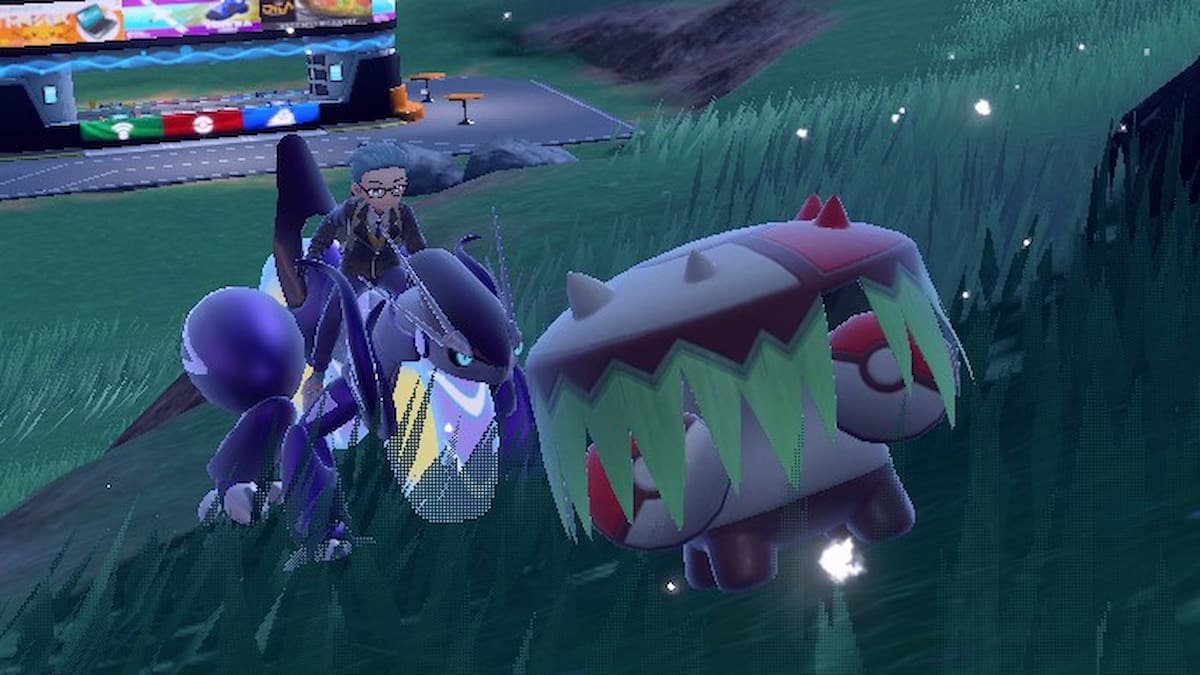 Brute Bonnet is one of Scarlet and Violet‘s endgame Paradox Pokémon, found in Area Zero. It is exclusive to Pokémon Scarlet, so owners of Violet will need to find someone to trade with to get this Pokémon. Brute Bonnet is a Grass/Dark-type that bears a resemblance to the mushroom Pokémon Amoonguss. This powerful grass-type Pokémon is on par with the legendary Wo-Chien in terms of typing and stat totals. Brute Bonnet has a very high Attack and HP, and solid physical and Special Defense, making it a jack of all trades.

While Brute Bonnet works well as a straight Attacker, it also learns a number of status and recovery moves, like Ingrain, Spore, Stun Spore, and Synthesis. Turning your Brute Bonnet into a tanky status inflicter that can hit like a truck and regenerate health is a great way to counter even the hardest trainer battles in the game. 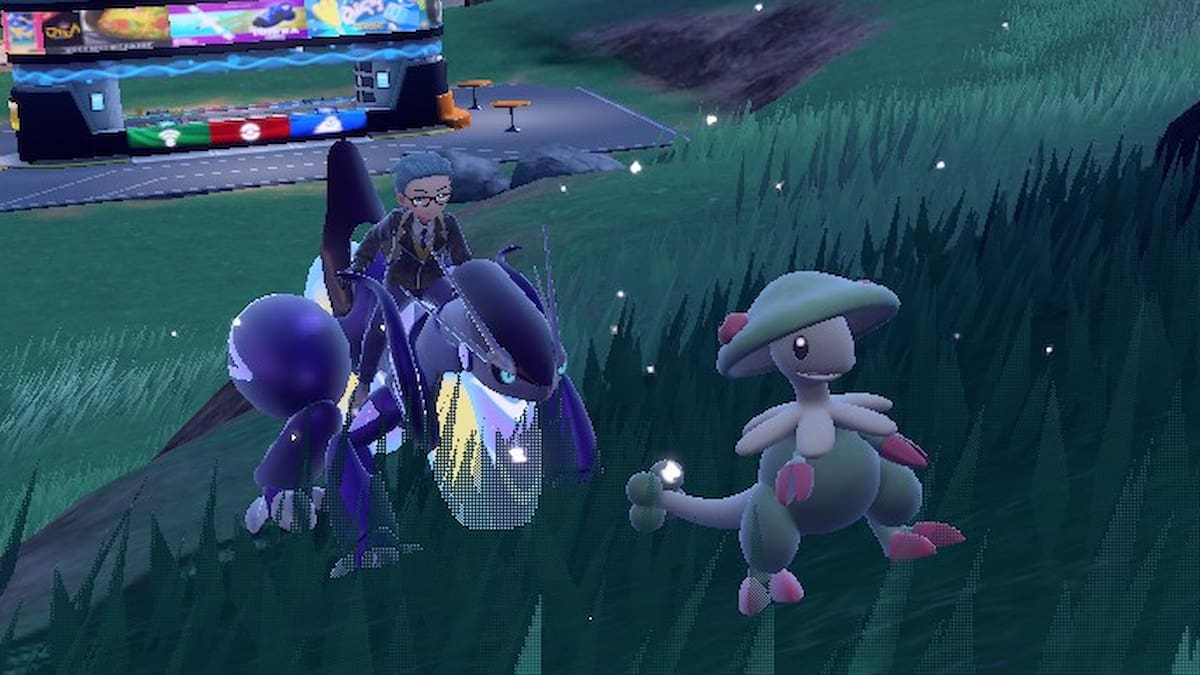 Breloom has the highest Attack stat of any Grass-type Pokémon in Paldea. This Grass/Fighting-type is the final evolution of Shroomish, evolving at level 23. Although somewhat lacking in the defense department, Breloom hits very hard with its same-type attack bonus (STAB) Fighting moves, like Dynamic Punch and Focus Punch, or its signature move Mach Punch, which always hits first. Breloom can also learn a number of annoying status moves, like Stun Spore, Leech Seed, or the always useful Toxic.

Breloom has a bunch of great abilities to choose from, too. Effect Spore gives it a 10% chance to inflict poison, paralysis, or sleep on any Pokémon that hits it with a move that makes contact. Poison Heal lets it heal 1/8th of its health when poisoned, instead of being damaged — this works great paired with a Toxic Orb. Finally, Breloom’s hidden ability Technician raises the power of its weaker attacks by 50%, instantly increasing the usefulness of Mach Punch. Just avoid Flying-types, as Breloom is 4x weak against them. Leafeon is the Grass-type evolution for arguably the cutest Pokémon, Eevee. Leafeon can be found very rarely in the wild, or evolved from Eevee with a Leaf Stone. Leafeon has high Attack and Defense stats, making it a simple-to-use Pokémon without the hassle of setting it up for the haymaker.

For those who want more strategy, Leafeon fits well into a weather team. Leafeon’s abilities Leaf Guard and Chlorophyll activate under Harsh Sunlight, either protecting it from status conditions, or boosting its already good Speed by 50%. While these boosts are situational, they can be quite powerful when paired with the right team or held item. The simplicity of Leafeon and the fact that you can evolve an Eevee early make it a very appealing Grass-type, with added utility for those who want to put in the effort to get the best out of this Eeveelution. 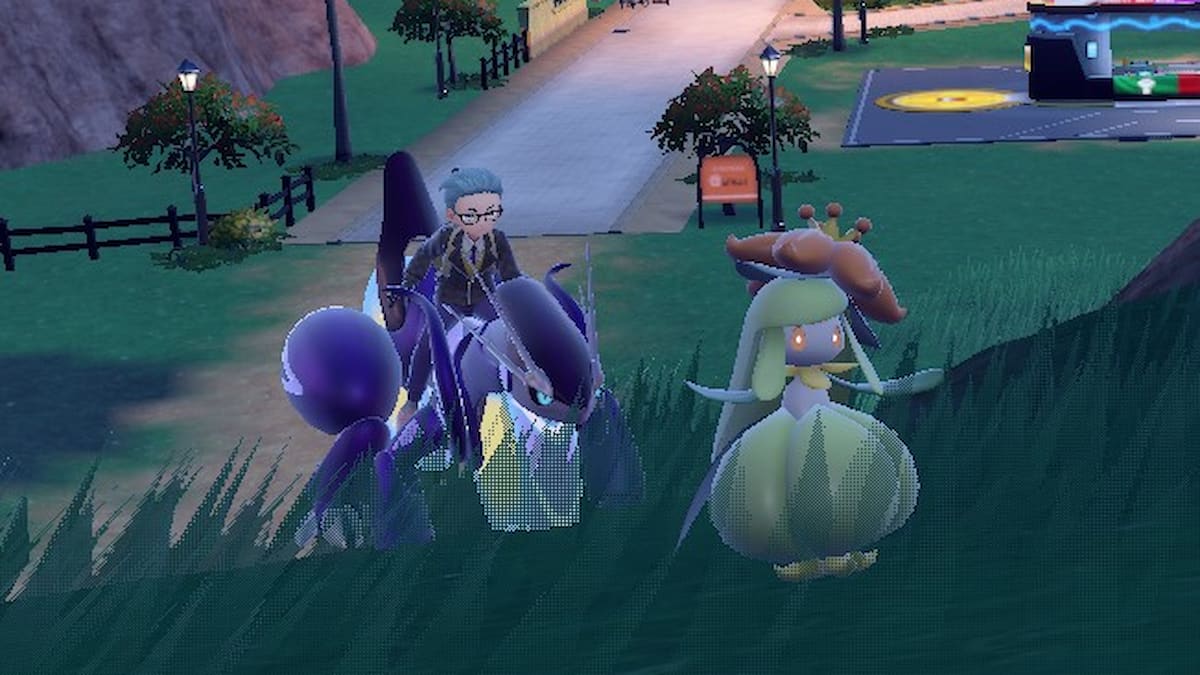 Lilligant may not be the most powerful Grass-type Pokémon based on stats, but, with the right build, a patient trainer can turn Lilligant into a powerful force. Lilligant can leverage its great Special Attack and hit hard with Leaf Storm and Petal Dance. Importantly, Lilligant learns Quiver Dance, which boosts its already high Special Attack, Special Defense, and Speed. To make sure it can do this, you can put an opponent to sleep with Sleep Powder.

Like Leafeon, Lilligant gets Leaf Guard and Chlorophyll as abilities, making it immune to status conditions or boosting its Speed under Harsh Sunlight. Sunny Day will allow you to change the weather to Harsh Sunlight, ensuring Lilligant gets the bonuses from its ability. With its average defenses and HP, Lilligant is somewhat of a glass cannon, but its powerful boosts and move pool will allow it to take out pretty much anything with the right amount of setup.