Psychic-type Pokémon are some of the most powerful creatures in Paldea. With incredible psychic abilities, they can use their powers to defeat opponents with ease. Each has strengths that can make them stand out from others in their class. By mastering their abilities and using them to their advantage, these Pokémon can be unstoppable, so here are the best Psychic-type Pokémon in Pokémon Scarlet and Violet. 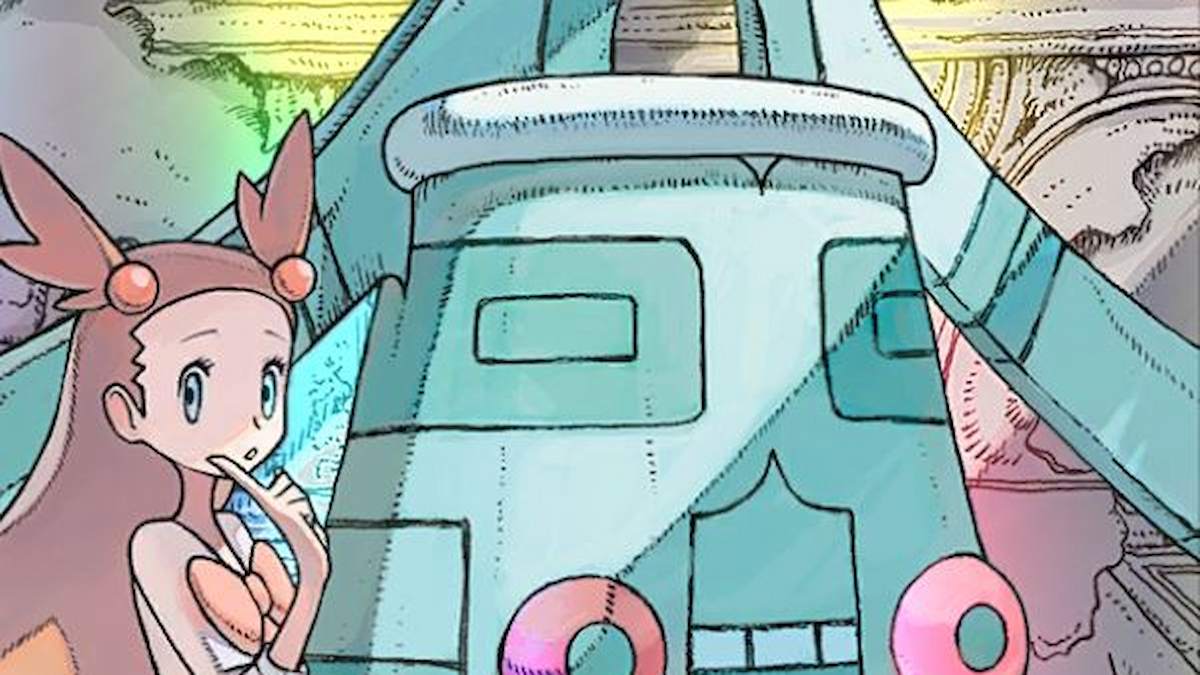 Bronzong is a Steel/Psychic-type Pokémon, evolving from Bronzor at level 33. It has a unique, striking appearance resembling an ancient bell. Bronzong can use Psychic moves like Hypnosis, Extrasensory, and Future Sight. Its steel body and high physical Defense and Special Defense stats also allows it to endure even the toughest of blows.

With its strong abilities Levitate or Heatproof, and incredible toughness in battle, Bronzong is a powerful force on the battlefield, and especially good at stalling out Fairy-types. If you’re looking for a defensive powerhouse that can still deal damage with psychic attacks, Bronzong is sure to be a valuable addition to any team. 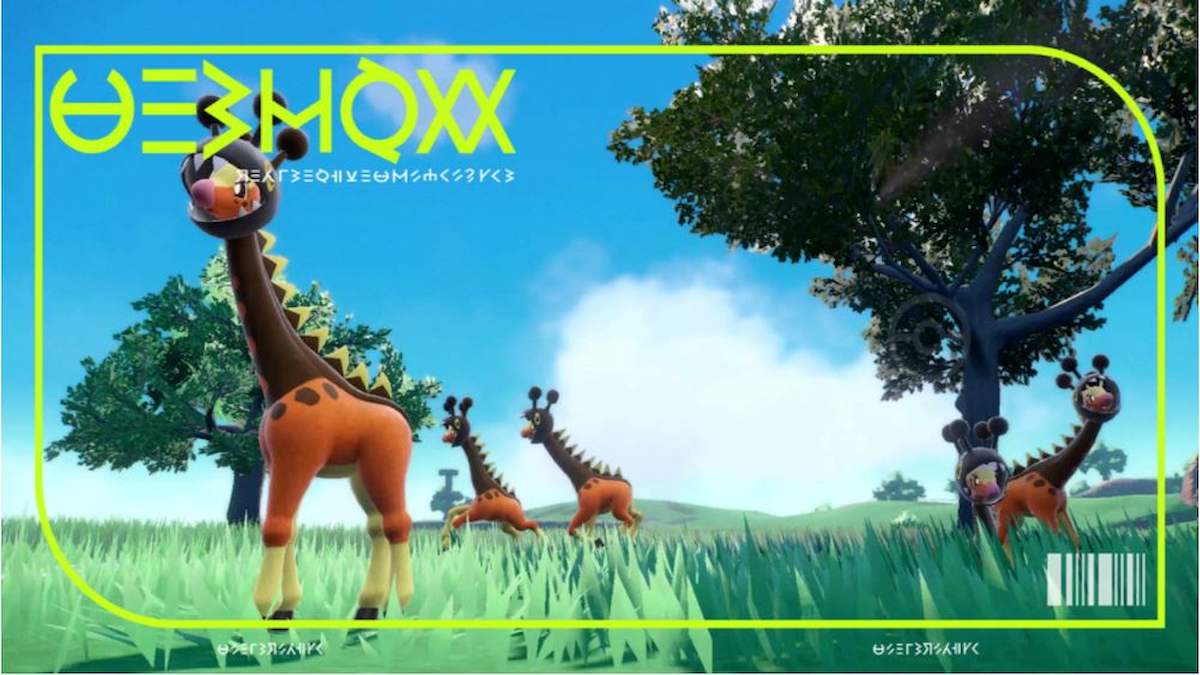 Farigiraf is a Normal/Psychic-type giraffe-like Pokémon that evolves from Girafarig when leveled up while knowing the move Twin Beam. It has an orange body with a long, brown neck and topside, and a yellow underbelly and lower legs. As a Normal-type, Farigiraf is immune to Ghost-type moves, which would normally hit Psychic-types for double damage.

Farigiraf has access to powerful moves like Twin Beam and Psychic, and can even learn the most powerful Normal-type moves in the game — Giga Impact and Hyper Beam. These powerful moves hit with same-type attack bonus (STAB) for 1.5x damage, or 2x while Terastalized. Its decent Special and physical Attack stats, robust health and defenses, and the ability to protect itself from priority moves via its Armor Tail ability make it a solid addition to your team. 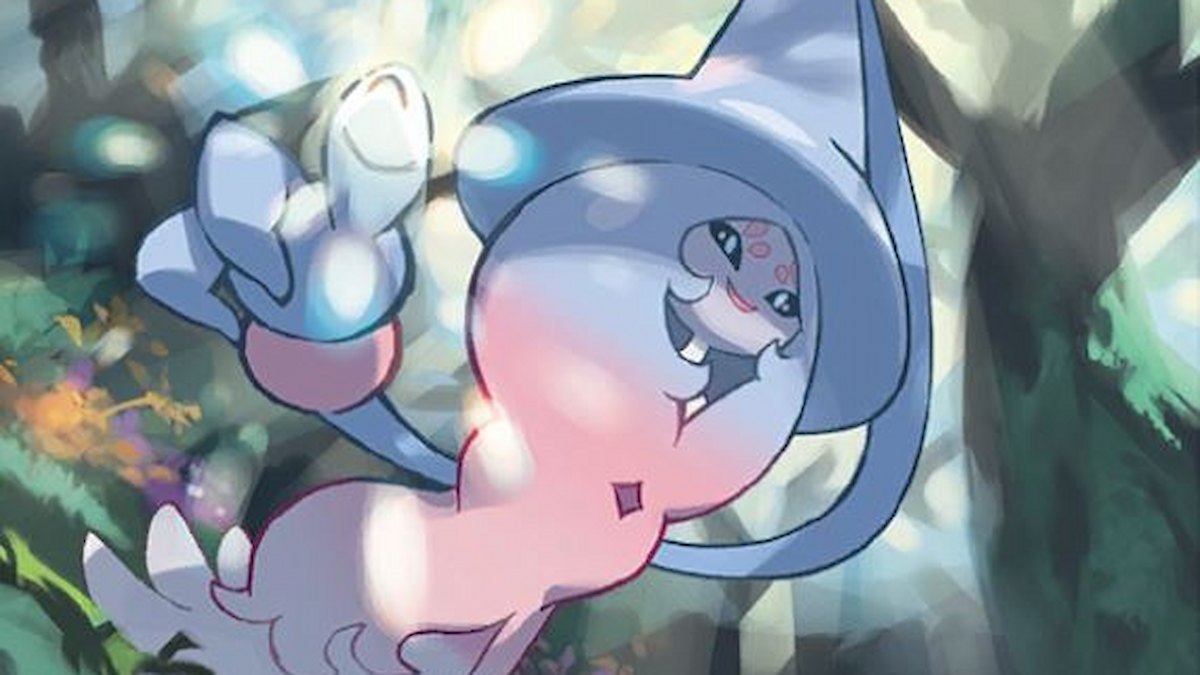 Hatterene is a Psychic/Fairy-type Pokémon. Hatterene is the final evolution of Hatenna, evolving from Hattrem starting at level 42. It has a unique design, resembling a fortune teller wearing a witch’s hat with an arm attached to it. Using its Magic Bounce hidden ability, it can reflect many powerful status attacks back at the user.

Its most powerful move is Psychic Terrain, which envelops the battlefield in psychic power, boosting Psychic-type moves and protecting allies from priority attacks. Hatterene is considered one of the strongest Psychic-types in the game due to its excellent Defense, Special Defense, and Special Attack. With its solid stats and capacity for support, Hatterene is a powerful Pokémon for a more strategic player. 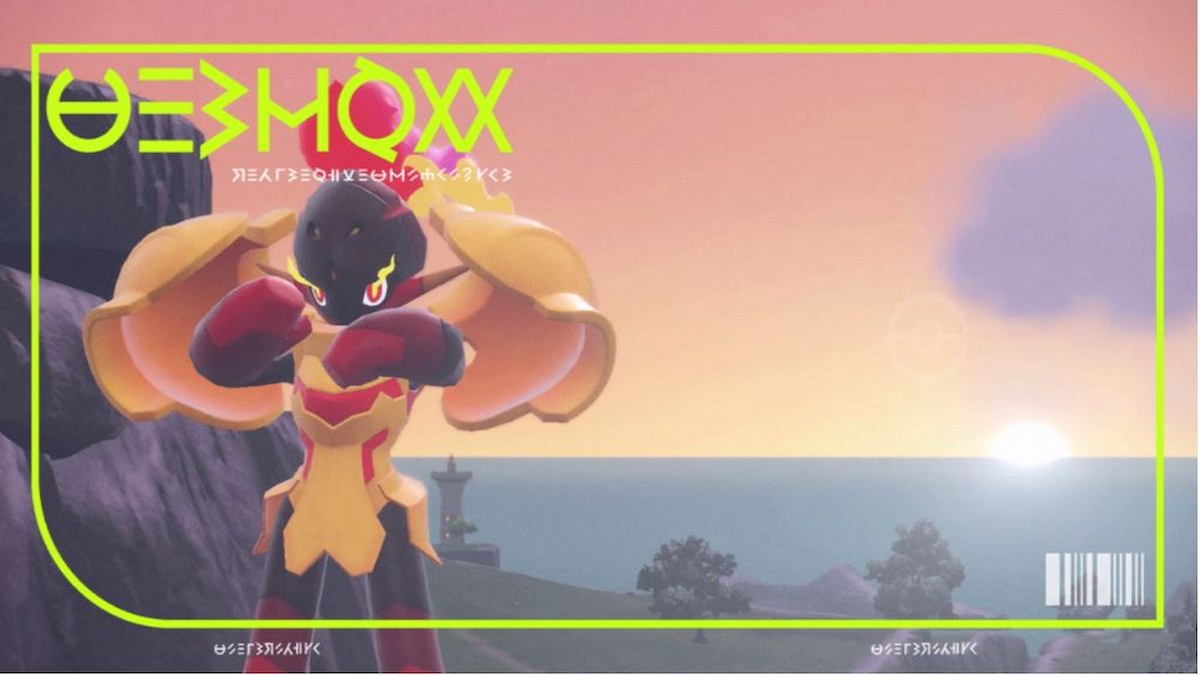 Armarouge is a humanoid Fire/Psychic Pokémon, resembling a knight with golden armor. The top of its head is yellow, with a fire blazing, similar to a knight’s helmet’s plume. Armarouge is one of the two final evolutions of Charcadet, the other being Fire/Ghost Ceruledge. Armarouge is version exclusive to Pokémon Scarlet, so you will need to be able to trade with someone who owns a copy of Scarlet if you want this one on your team.

Armarouge has a high Special Attack stat, access to many powerful moves, and great Defense. It has access to moves like Lava Plume, Expanding Force, and its signature move Armor Cannon, and can even learn heavy-hitting Fire-type moves like Flare Blitz and Overheat. Its high firepower and good defense make it a great addition to any trainer’s arsenal. 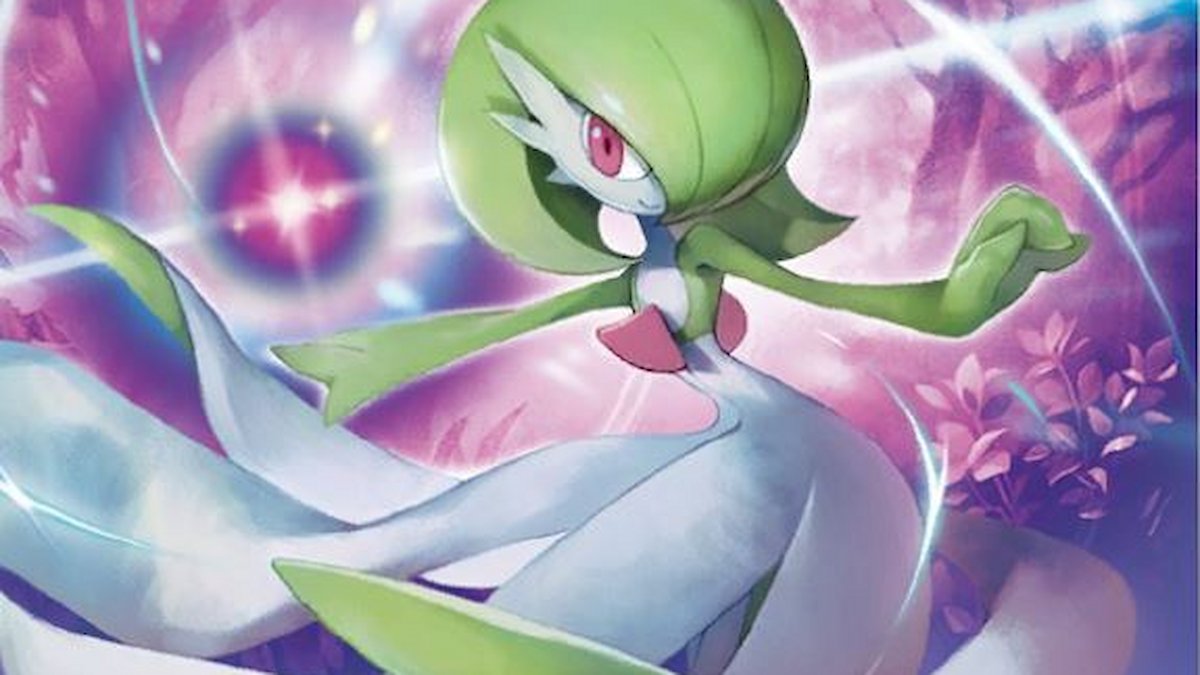 Gardevoir is a Psychic/Fairy-type Pokémon that first appeared in the third generation of the Pokémon series. It is one of the two final forms of Ralts, and evolves from Kirlia from level 30. It has a humanoid shape, a white dress-like body, and long, thin arms. Its eyes are pink, and the top of its head is a green portion that resembles hair. Gardevoir’s moves include Psychic, Dream Eater, and Future Sight.

Its hidden ability, Telepathy, is instrumental in team fights, making it immune to friendly fire. In addition, Gardevoir has excellent Special Attack, making it one of the most powerful Psychic-type Pokémon. With powerful attacks, great Special Defense, and a good defensive type combination, it’s no surprise that this elegant Pokémon is so popular among trainers. 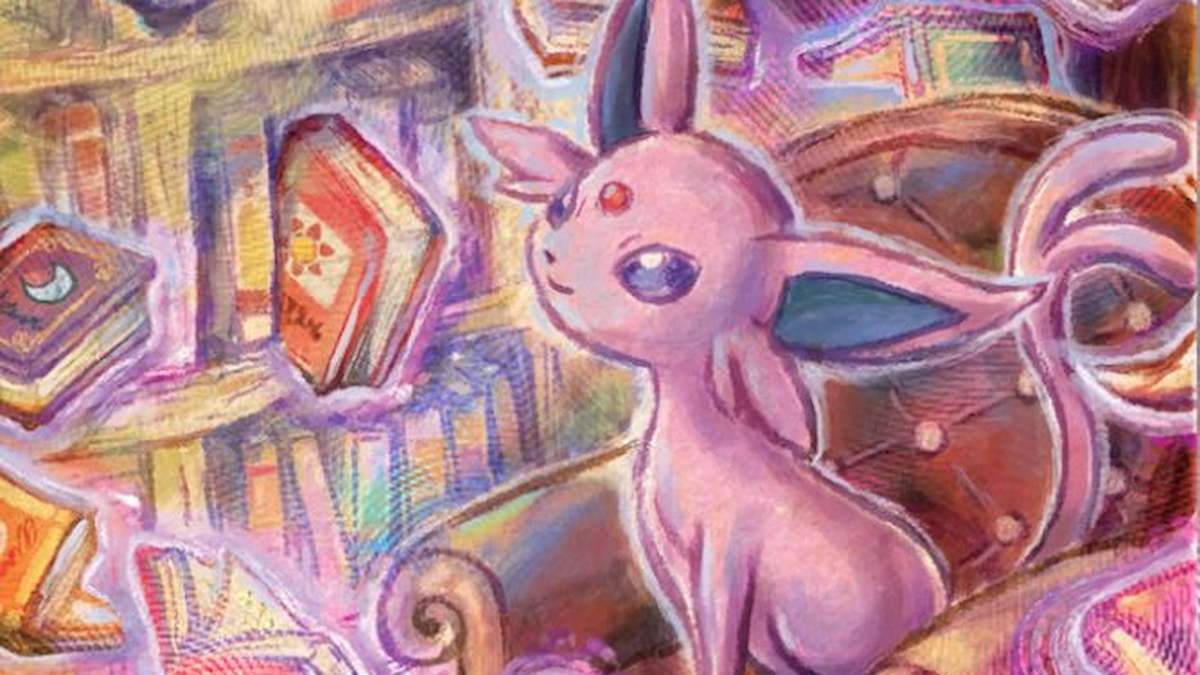 Espeon is a Psychic-type Pokémon and one of Eevee’s many possible evolutions. It has pale purple fur, big violet eyes, and a small red gem on its forehead. Its cute appearance belies its ferocity in battle. Espeon can learn powerful psychic attacks like Psychic and Future Sight, plus powerful non-Psychic moves like Shadow Ball, Dazzling Gleam, and Swift, giving it great type coverage.

Espeon has high Special Attack and good Speed, letting it take on other fast Pokémon. Its ability Synchronize is good for countering status ailments, and its hidden ability Magic Bounce renders it immune to most status moves. It’s a great asset to any team, providing both offensive and defensive abilities to help you defeat tough opponents. With Espeon by your side, you’re sure to come out on top. 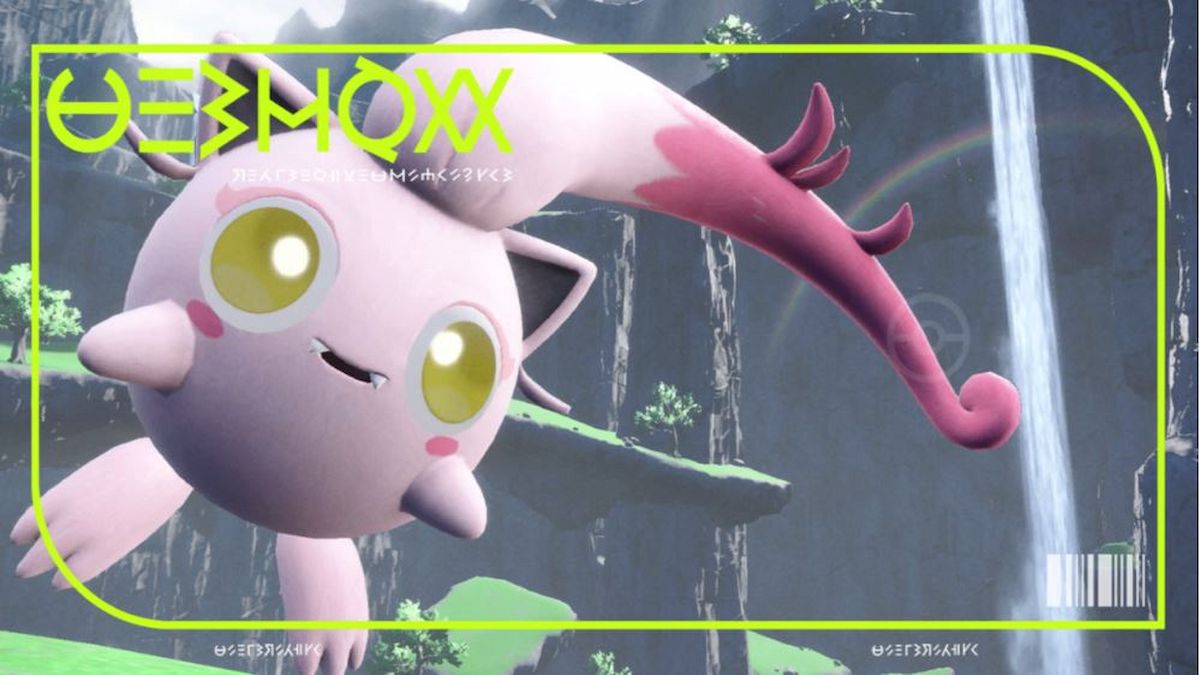 Screenshot from The Escapist

Scream Tail is a Fairy/Psychic-type Pokémon with a spherical body. Scream Tail largely resembles Jigglypuff, except sporting tiny fangs and huge, golden eyes. Its most distinctive feature is its tail-like hair, giving it its name. Scream Tail is one of the new Scarlet and Violet Paradox Pokémon, exclusive to the endgame region Area Zero. Scream Tail is also a Scarlet version exclusive, meaning you will have to trade for it if you own Violet.

Scream Tail boasts high defensive stats at the cost of offense. It has great Speed and high health and Special Defense. This little pink furball can still pack a punch, since it has access to moves like Play Rough, Psychic Fangs, and Boomburst. With its high defense and great typing, it is one tough pokemon to take down. 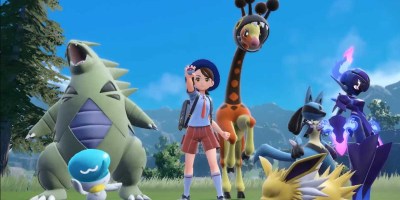 How to Get or Breed for Hidden Abilities: Pokémon Scarlet & Violet 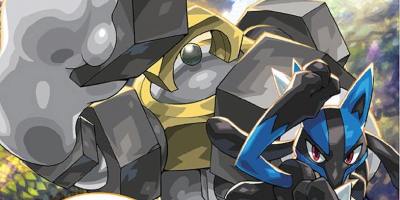 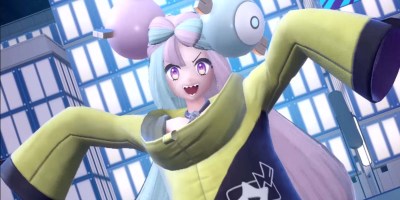