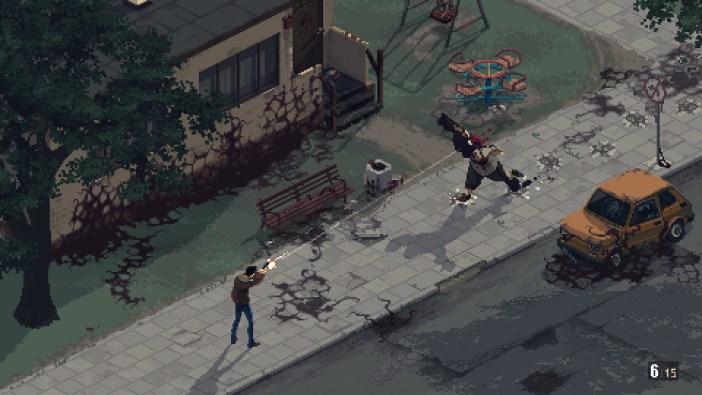 Holstin is a PC and console survival horror game from Polish studio Sonka that looks like a pixel art spin on Silent Hill and Twin Peaks. The studio revealed the game with an eerie trailer today, promising a full release sometime in 2023. Sonka says players will spend their time in Holstin’s ‘90s setting by scavenging for supplies and fighting off “twisted monstrosities.” When you’re not fighting for survival, you’ll be face to face with townsfolk who have quickly lost their minds.

If you think Holstin might be one of those games that you need to try before you buy, you’re in luck. Sonka says it has plans to release a Steam demo in January 2023. Until then, you can learn about the story in the brief synopsis below:

Late November 1992. A small, isolated town in eastern Poland is struck by a foul calamity that slowly begins to consume everyone and everything it touches. This is the last known whereabouts of your friend Bartek before he stopped answering your calls. Now, you need to follow in his footsteps to uncover what brought him to this town in the first place and why he possibly couldn’t ever get out.

The trailer does a fantastic job of selling its unique visual style, atmospheric environments, and creepy NPCs. Although the footage highlights the Polish voice acting, Sonka says Holstin will also support full English voice acting. You can meet the inhabitants of Jeziorne-Kolonia in the reveal trailer below.

For more creepy indie games with a distinct look, check out Signalis. And for more horror in general, there is plenty on the way soon enough, like the Dead Space remake, the Resident Evil 4 remake, Amnesia: The Bunker, and so much actual Silent Hill. 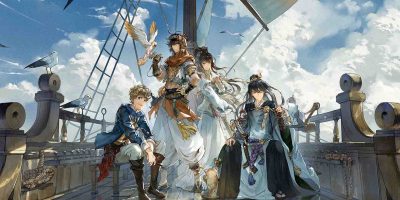