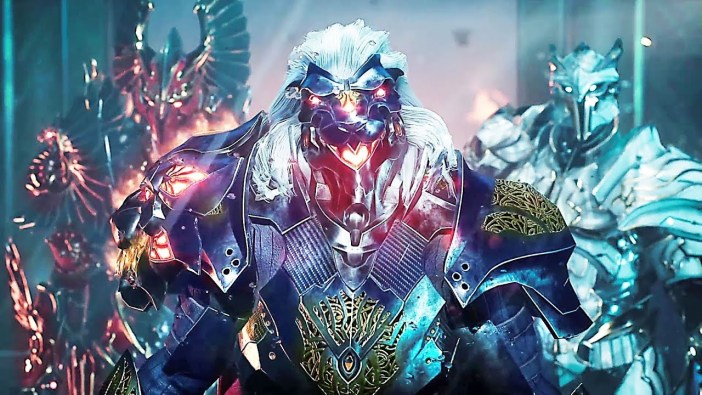 Godfall launches alongside PlayStation 5 next week and will remain a console exclusive on Sony’s platform until mid-2021. Gearbox Publishing and Counterplay Games’ next-gen game got a launch trailer to help celebrate the impending release date, and as noticed by Nibel on Twitter, Sony’s version of the video says that the looter-slasher will remain a console exclusive until “at least” May 12, 2021. So, in other words, the odds of Godfall on Xbox Series X | S in around six months are pretty good. You can see the cinematic launch trailer below.

Godfall went gold in September, ensuring it was on track to launch this month. Since the Gearbox and Counterplay game was announced all the way back in December of 2019, we’ve regularly received updates in the lead-up to a next-gen launch. After some early PC gameplay footage leaked in January 2020, we were eventually given details that promised God of War-like combat. Then, in August, a Godfall gameplay walkthrough was published that showcased graphics and different weapon types.

Godfall will join a list of other PlayStation 5 launch titles next week, such as Demon’s Souls, Marvel’s Spider-Man: Miles Morales, and Bugsnax. A near-complete list of PlayStation 4 games will be available at launch, too.

Godfall launches Nov. 12 on PlayStation 5 and PC via the Epic Games Store.